Reply
I'm always curious how and why people chose their respected XBOX login name. What made you chose yours? What does it mean? I'll start. I am KiLLallHumans5. I love Futurama and Bender is a robot and it's one of his catch phrases. Plus it makes sense when your playing games and literally trying to Kill All Humans!
Show MoreShow Less
mine was randomly generated by xbox but eventually it grew on me and now it's my name for everything. I even came up with a little persona for it I sometimes doodle which is a little magic guy in a lime cloak with black spartan like armor and glowing blue eyes
Show MoreShow Less
At the time I got my first Xbox system, a 360 sometime around 2011, my only other home console was a Wii. And on the Wii you can make little avatars and name them, but they're pointless and didn't really have any effect on the games you play.

So of course when I was setting up my Xbox 360 for the first time, and it asked me to choose a gamertag, I thought it was another insignificant thing that nobody would see. At first I tried typing my own name (Nate) but it was taken, so my friend told me to just type my name and fill the rest of the space with zeros. If I had known it would actually matter and be my nickname during online multiplayer, I would have put more thought into it...
Show MoreShow Less
Tried "Cosmicbiscuit", but it was taken.

I still have one free time to change it.

I want it to be my steam name, but of course that's already taken by a guy who's been offline for years.
Show MoreShow Less
I wanted "stickerboy", but it's been taken since forever and I don't see me getting it any time soon. Name comes from a photograph of me covered in stickers, the nickname just kinda stuck after that.

I've only changed my GT once - the original I signed up with was Chip Legend. Always got some good lobby laughs with that haha
Show MoreShow Less

EMPEROR NOVA01 wrote:
Back in January 2015, a Transformers game called Transformers: Battle Tactics was released. I needed to make a username, so I came up with EMPEROR NOVA01, with some inspiration from this guy. Not really sure where the 'emperor' bit came from, considering that Nova Prime was basically giant robot space Hitler, but that's not important. And when I made an Xbox Live account, I used the same tag for the sake of consistency.

Show MoreShow Less
You really wanna know Marines? Okay!
Sgt Palooggoo, was the name of one of my military toys as kid.
He was a sergeant in my toy army, & he earned the name 'Palooggoo' because he had a very poorly sculptured face, I mean this guy looked down right goofy, so I took to calling him that after a while...
So when I was making my Xbox live profile I decided to make it called that.
Well that's the story Ladies And Gentlemen...
Show MoreShow Less
My gamertag - HaXoR73 - came about in my Counter-Strike 1.6 days when I longed for an identity that was original and unique. I'll split it up to go into further detail.
I've had my gamertag since I was a kid and I'm never letting it go.
Show MoreShow Less
My gamer tag is a pokemon with random numbers after it. When i was making a gamertag i was in a rush because i wanted to play all my favorite games online, and on my own acount. I was going through various names i wanted my gamertag to be, but to my disappointment all were taken. So, i looked at my party of pokemon and chose one out of the six. Regice is one of my favorite pokemon. In fact im a big fan of pokemon, i own and play all of the games. Anyway, my gamer tag has grown on me and it has become who i am in the online world of xbox live. I answer or regy, or anything that sounds like it. Sometimes people reference or call me the other legendary pokemon “regice is a legendary ice pokemon”. And somtimes, people call me regis philbin.
Show MoreShow Less
Mine is just a random combination of letters that I thought sounded interesting. Wish I had an interesting childhood nickname or something like that to go off of but I don't.
Show MoreShow Less 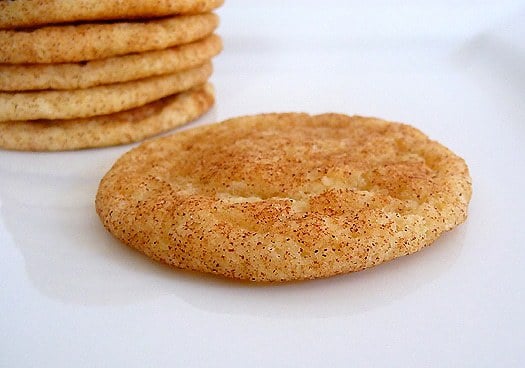 .
Show MoreShow Less
I got mine from my last job because they called me Big B after I complained about being called Brian number 2 the EC are the initials of the company which I now say stands for east coast. So it stands for Big Brian East Coast.
Show MoreShow Less
I was at a work conference, and I was the guinea pig/customer, and I did not want to use my real name. So I used Spanky McFlucknuckles. A few of my work associates started calling me by that name, and it stuck.
Show MoreShow Less
It was just something dumb that I came up with back when I was playing PC games in '01 and then started using it in CE and onward. It's part of my name and a play on words with power.
Show MoreShow Less
My original one was Orcaman15, which I've had since I was 15 and got a YouTube channel. I wanted to use my original one, Straif5, which I originally used for DeviantArt and my second YouTube channel after I lost the password to my first one, (Straif was a miss-translation of strafe from...elementary school? I think it was my superhero name or something. Other people could fly and turn invisible and stuff, I could do strafing runs and summon bombers and tanks out of thin air) but it was taken somehow, even with the added 5. So I tried Orcaman...that one was taken too, on both. No shock really...cue Orcaman15. I changed my YouTube channel to match it too, later on.
Then a couple years back they released a bunch of dead GTs and I figured "hey I'll get Orcaman this time round!"
Nope.
BUUTTTT...Killer Orca was open.
Which worked out fine for me cause A) it looks a lot better without that stupid freaking 15 at the end and B) the term "killer orca" is an actual thing, and not just a mish-mash of the two most common nicknames for Orcanus Orca
Most orcas are pretty chill. They're top of the ocean food chain, higher even than sharks (some orca species eat sharks). If one of the goes out of its way to kill something (say, a human, see; incidents at Sea World) then you KNOW they got a score to settle. Pretty threatening and edgy...without being EXPLICITLY edgy.
Show MoreShow Less
Random Name generator and google translate.Thats all.
Show MoreShow Less
Check the avatar. It's self-explanatory.
Show MoreShow Less
D for my first initial and man because well...
Show MoreShow Less
It was back in late 2012... I made a ROBLOX account I thought of a name. Why not let everybody know my name? And I went with Samsthename genius 9 year old logic :P
I had it Sam because my initials is S.A.M! I lost that account do to forgetting the password. So I created a new account with my real name Stephenthename and it just stuck... But before I got a Xbox I created a account on the computer as Stephenthename. I then got my Xbox and created a new account with a new gamer tag... St-St... Sorry I despise it. Stephenthebacon. I changed it to StephentheNubb from a movie quote "My grand kids call me Nub Nub". The 2 B's are for the HALO 5 tag needing to be 4 letters/numbers. Well that's my story!
Show MoreShow Less
RNGsus gave me this name when I made my first xbox live account on the 360, never changed it since.
Show MoreShow Less