Battle of Shadow and Light Update 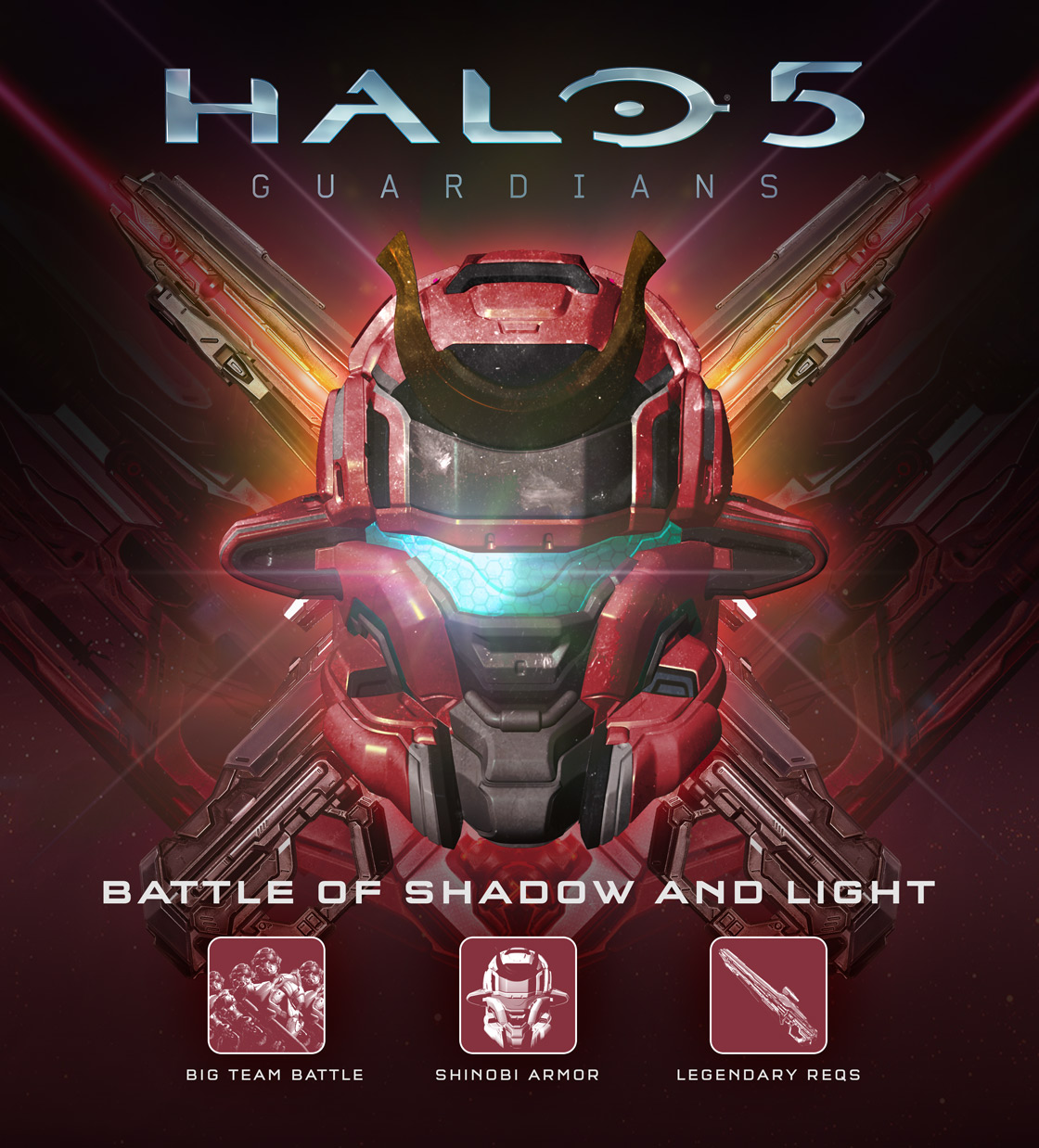 Our promised commitment to meaningful post-launch support and expanded free content begins today with our first drop: Battle of Shadow and Light, which adds the stealthy new Shinobi ninja-themed armor, some legendary Light Rifle firepower and perhaps most importantly, the arrival of Big Team Battle maps, modes and mayhem to Halo 5: Guardians.

There are tons of new REQs added to this month’s drop, including ones that might give you access to the Ultra Rare Shinobi armor and Legendary Dying Star LightRifle (to name but two). We have Tundra and Woodland-themed vehicle skins, a brutal (and occasionally hilarious) Shove It assassination and dozens more items to unlock, discover and utilize.

But Big Team Battle is the cherry on top, and you’ll recognize elements and aspects of the first four maps in the mix, but all four have been, in varying ways, significantly adjusted for the new mobility, weapons and features of Halo 5 – and all are available in both Custom Games and Matchmaking, and present just a hint of the content featured in next month’s update. 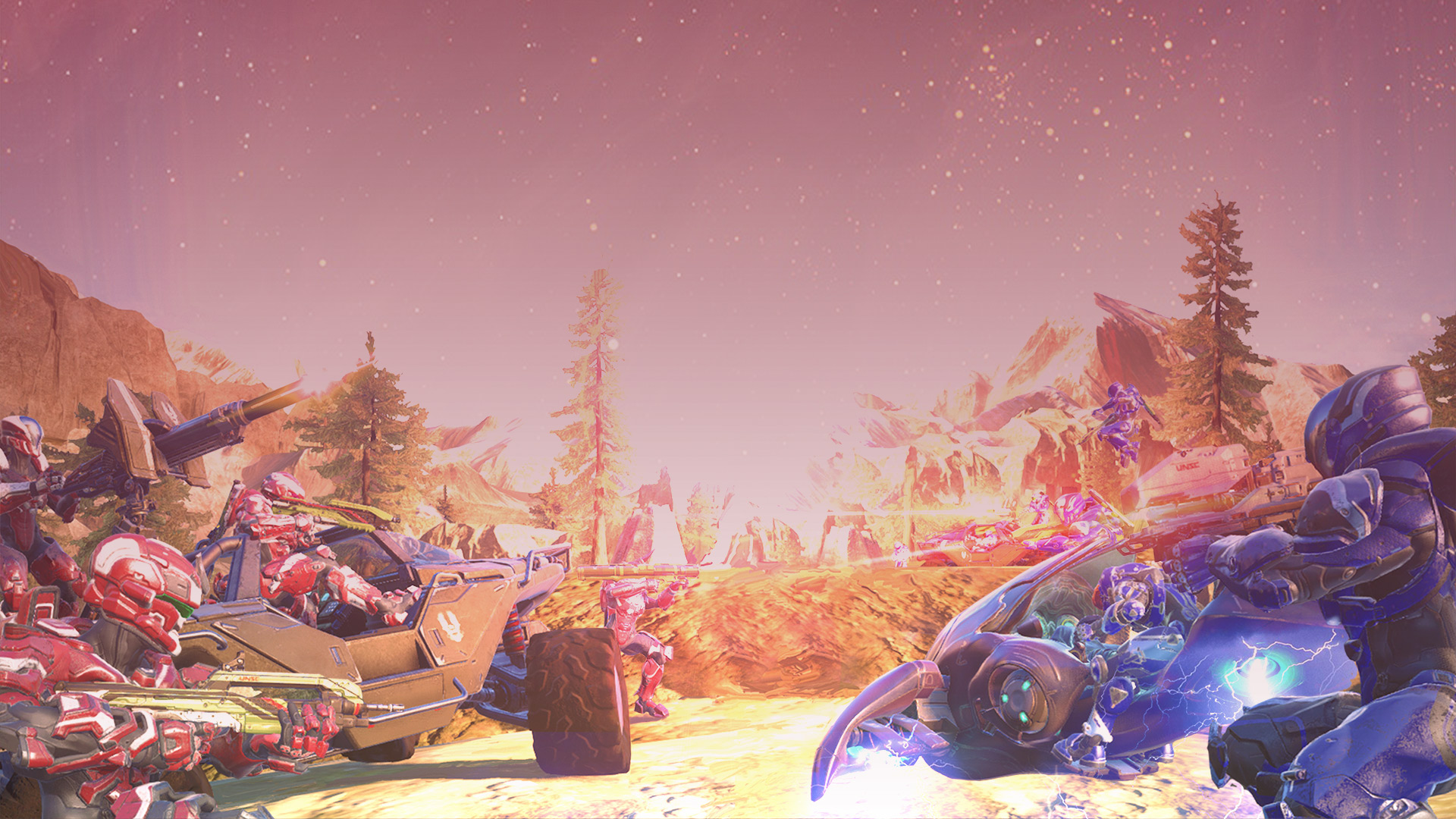 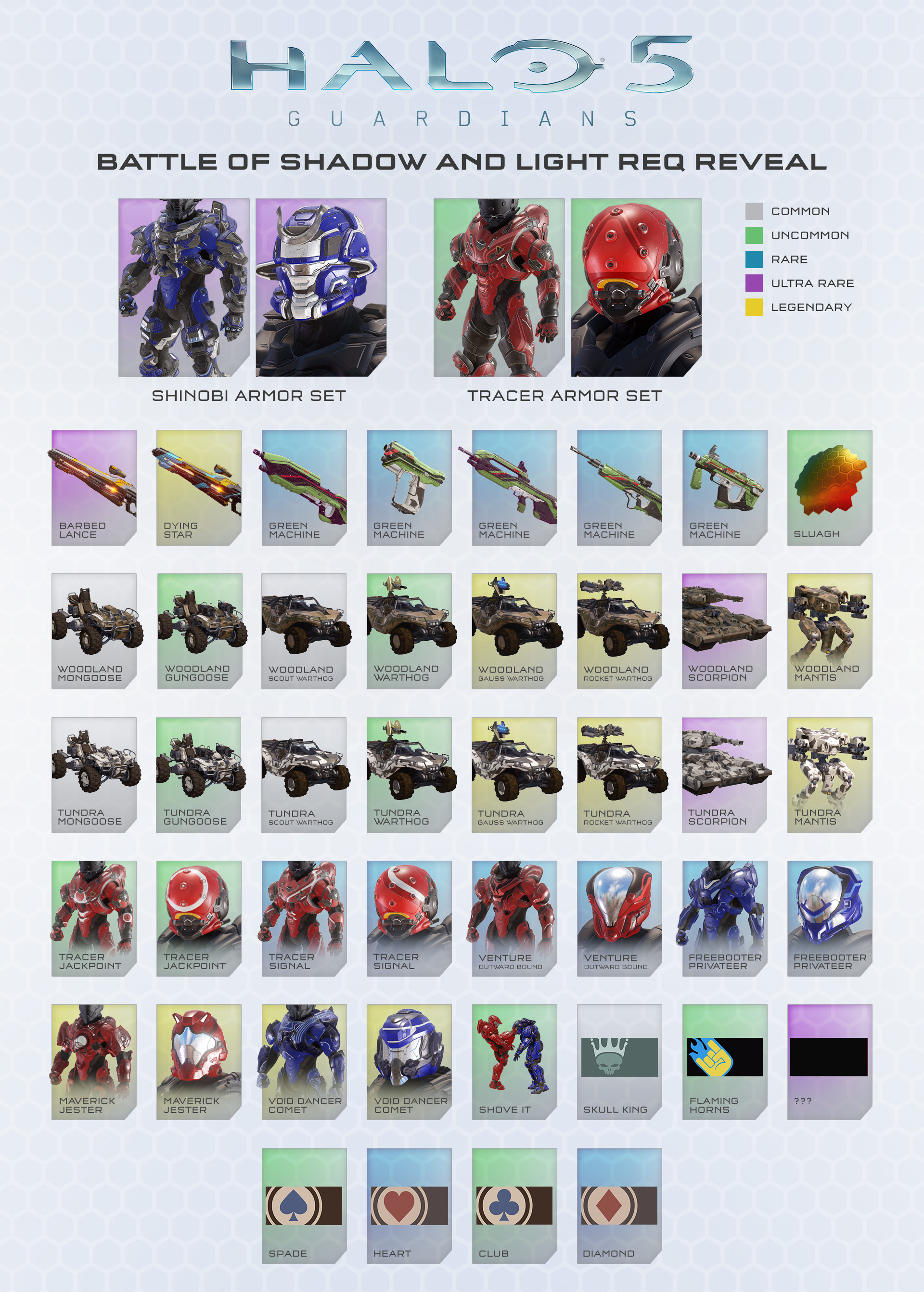 Bringing knives to gunfights since 2553 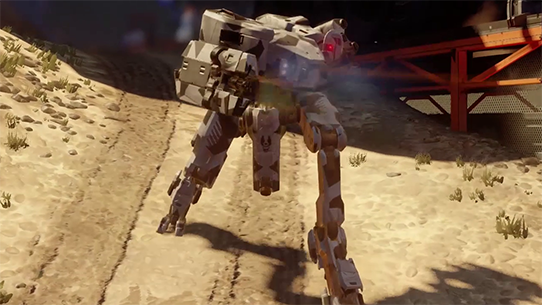 Relatively high ground pressure hamstrings the Mantis in some boggy and snowy environments, but its onboard fusion power plant has innumerable uses in remote campaigns. Improved Mantis with extra armor.