Salutations, canon-curious. Welcome back to another edition of your favorite lore-laden love letter. In case you missed it, last week we deftly straddled the fiction fence with our in-depth look at Halo’s upcoming crossover into Killer Instinct on Xbox One – including first details on all the Sangheili-derived roles you’ll get to play as when KI’s Season 3 drops on March 29th. While we focused on the development process and creative collaboration with our friends at Microsoft Studios and Iron Galaxy, the Killer Instinct folks held a Twitch stream earlier this week to show off the first in-depth reveal of Arbiter gameplay. If you missed it then, have no fear, as we’ve got the VOD right here.

While this week will feature a lighter fare overall, we’ll be taking a closer look at something some of you have been asking about since the Hammer Storm update hit Halo 5: Guardians in late February – those sweet new Storm Rifles. After our forays into deeper lore looks into REQ weapons like River of Light and the Blood of Suban, several community members inquired if we might see the same treatment given to one of the new Storm Rifles. I suppose we could oblige… 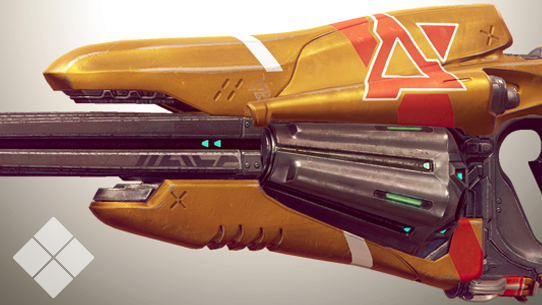 Based out of the Sanghelios continent of Kaepra, Lodam Armory spent centuries developing components for Covenant combat harnesses. Eventually, Lodam Armory would combine their engineering efforts by creating their first fully in-house armor system, the Storm harness, which – along with a Ranger variant based on the same platform – would be employed by Covenant shock troopers carrying out far-flung missions on frontier worlds, and later produced in even higher supply to be exploited by multiple sides of the Sangheili civil war.

After decades of success with armor systems, Lodam Armory would branch out into creating weaponry – their first desire being to fashion a multi-role rifle meant to usurp the ubiquitous Plasma Rifle within the Covenant ranks. The result would be the Storm Rifle, a directed energy rifle that carried with it the heritage of their combat harness. While the baseline Storm Rifle wouldn’t be fully catalogued and designated until 2555 by the UNSC, its existence spans decades, and in that time, Lodam Armory produced several experimental and enhanced variants, some with a more… peculiar history than others.

Since long before recorded history, the Sangheili have given names to weapons that shared in their victories and sacrifices, imbuing their tools of war with honor that could be shared as gifts, freely given as oath-tokens, or used as immutable storehouses of glory to be passed to righteous descendants. Etchings and scars commemorate past trials and serve as reminders and tallies of accumulated distinction, attesting to elaborate sobriquets that separate simple weapons from arms of legend.

For all of its refinement and advanced technology, Fury is not fated to be passed down as an exalted Storm Rifle gifted to promising young warriors or kept polished in a Kaidon’s collection. In these unsettled times the line between a tool of slaughter and instruments of peace is often imperceptible. Fury’s creator was an artisan of sublime genius and skill, though he eventually shunned his family’s traditional ties with Lodam Armory to perfect the art of the kill and the craftsmanship of orbital assaults. In time, the artisan’s behavior became impossible to restrain or control, and his eyes became clouded in madness. His name, his titles, and the story of his death was stricken from Covenant records, and only his personal sidearm returned to his home in Kaepra, on Sanghelios, wrapped in linen and sealed with sigils known only to the highest ranking Zealots.

Clad in an immutable shell and seething with power that hinted at heretical modifications, Fury quickly passed into the hands of foolhardy Kaepra warriors who sought to use its power to advance their interests. Some found glory, others death, but all burned brightly . . . for a time. 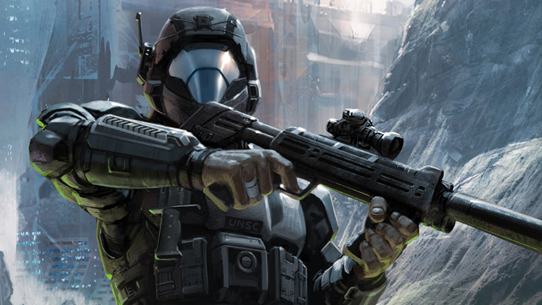 As we’ve talked about before around these parts, Halo: New Blood is getting a much-anticipated print release from our partners at Simon & Schuster. The Matt Forbeck-penned novel is set to release on March 15th, and focuses on everyone’s favorite heroic helljumper, Edward Buck. If you’ve not yet checked this story out and have been dying to know what happened to the Alpha-Nine squad after the events of Halo 3: ODST, then this tale is definitely for you.

But that’s not all… as a bonus, the print release of Halo: New Blood includes an additional five-page coda that allows fans an intimate peek into a conversation between Buck and Veronica Dare that takes place in the impending shadow of the events in Halo 5: Guardians. All in all, Halo: New Blood is a story that every Halo fan should check out, and now you can actually place it upon your shelf! 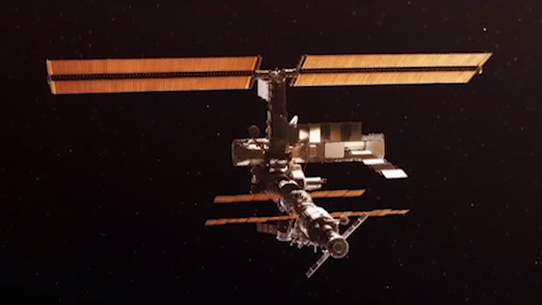 As many long-time readers of this feature are likely aware, yours truly has spent many a year heavily inspired by and involved in the real-life science world. Back in Issue 33 we even dedicated the space to, well, space, and spent time talking to some fabulous folks in the field about the relationship between science and science fiction. With that in mind, we wanted to give huge congratulations to NASA astronaut Scott Kelly, and his cosmonaut compatriot Mikhail Kornienko, for completing their epic and historic “Year in Space” mission this week. Over 340 days, these heroes’ research aboard the International Space Station will help form the foundation to advance deep space exploration, helping humanity make it to Mars and beyond. Who knows, maybe their efforts will eventually aid future human science when old Tobias Shaw and Wallace Fujikawa finally show up…

Congrats on the incredible and historic feat, gentlemen!

And with that, we close for this week. Here’s hoping you’ll join us again next issue for more looks at the deeper Halo lore.

Until next time… Live well, play Halo, and don’t tell me I don’t know Flipyap!

The Z-390 Incineration Cannon fires a powerful energy charge that spreads upon impact. 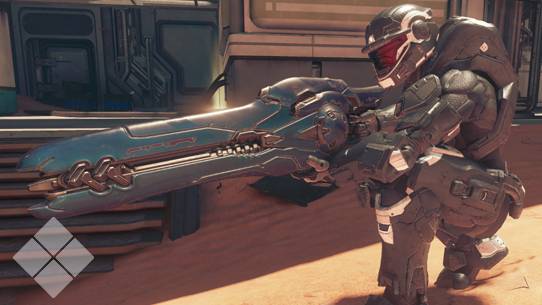 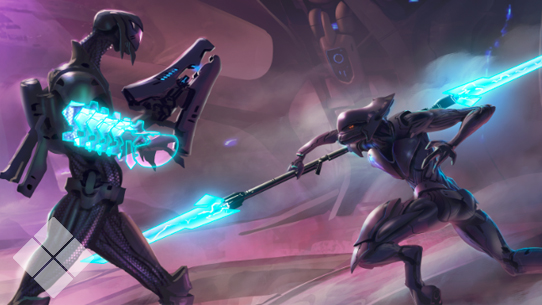 This week in Canon Fodder, we give you a taste of the upcoming novel by Joseph Staten, Halo: Shadow of Intent, plus a remastered recap of a Long Road Home. 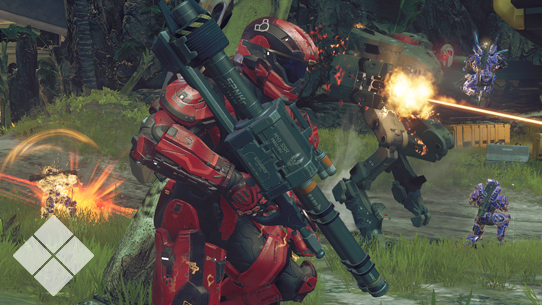