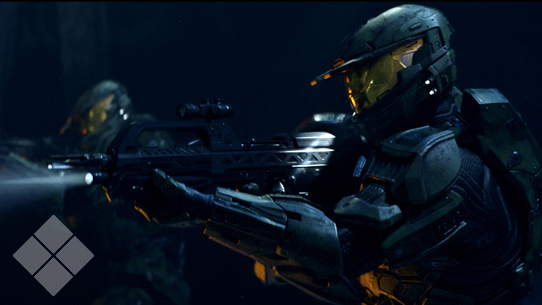 Wie geht’s, Halo fans? By now, most of you know that the ever-epic gamescom convention is well underway in beautiful Köln, Germany, where hundreds of thousands of game fans are converging to check out their favorite titles and franchises. With no hint of bias at all, we’d certainly like to think that at least a handful or twelve made the trip to Deutschland with hopes of getting their eyes and hands on some new Halo goodness. While much of the Halo happenings at the show have centered around our competitive multiplayer experience, the fiction-focused certainly have plenty to chew on as well, so let’s begin!

To start out, let’s go ahead and acknowledge the 800lb Jiralhanae in the room (stated weight is colloquial, not canonical, Halopedians). In 2009, many of us wrapped up our first run through of the Halo Wars campaign and wasted no time in imagining what other adventures might be possible in the realm of Halo RTS experiences. For those of you who thought the genre might be lost with all hands, fear not, as Halo Wars 2 is very much real, and very much on the approach. What is going on with Red Team in that trailer? When does the game take place? Who in the name of Doisac is that super cool Brute and what was he holding?!?! Let’s get the grim tidings out of the way and pull the band-aid right off: You’re gonna have to wait to find out. I know, I know, but trust us, all will be revealed in time, and when we’re ready to talk more, you’ll absolutely know it. Look for the veil to begin lifting on more Halo Wars 2 info early next year, and for now, let your minds wander and your speculation drives spool up, and just keep watching the trailer a few hundred more times. You never know what details you might catch.

BLUE B-ROLLIN’ THROUGH THE ENEMY

Now if only there was a brand new chapter in Master Chief’s epic journey to hold you over until Halo Wars 2… Oh wait, there is. In case you haven’t seen it yet, check out the latest b-roll from the Halo 5: Guardians campaign, by way of our fine community friends at the Halo Canon YouTube channel. This newest footage gives you a closer look at the first opportunity to finally step into the Mjolnir boots of Blue Team as they attempt to wrestle control of a derelict ONI skunkworks facility from Covenant hands before valuable information and technology can find its way into the wrong hands. Keep a close eye out while you watch, as there are bound to be a few cool details scattered about to folks paying close enough attention.

Speaking of campaign, in case you missed it last week, 343 Industries’ very own Josh Holmes put together a very cool developer diary entry detailing some of the new ways that campaign play is evolving in Halo 5: Guardians, specifically regarding co-op play with and without friends. In Halo 5: Guardians, players don’t ever have to feel alone on the battlefield, as both the Master Chief and Spartan Locke will be bringing along their incredible teams every step of the way. If you’re a fan of campaign, it’s a must-read, so if you haven’t checked it out already, do it now!

Just in case you haven’t seen it yet, we’ve also added some brand new media for upcoming multiplayer maps in Halo 5: Guardians. These include new views of both Warzone and Arena playspaces, and will give the story lovers around these parts plenty to dissect and speculate on. Also, since I don’t want to leave you with two primed plasma grenades twice in one issue, here’s some brand new looks at the lore behind a couple of the new maps we’ve shown off recently: Fathom and Coliseum. 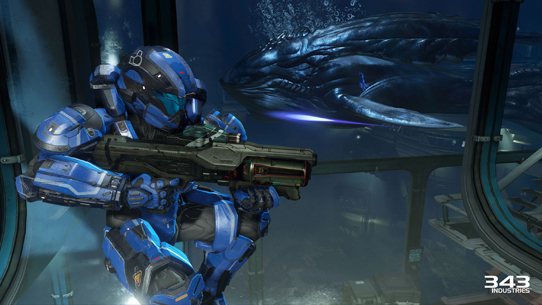 UNSC Fathom is ostensibly a research base deep below the waters of the ocean world Beta Gabriel. In truth, the staff of the Fathom are treasure hunters. During the Covenant War, a team of Spartans dispatched from the UNSC Of Uncommon Courage was tasked with infiltrating the Sangheili carrier Splendid Intention in an attempt to retrieve the plans for new Sangheili weapons so powerful that they would render the Covenant’s glassing beams obsolete. Through a series of events as classified as they are unknown, the mission did not go as planned. Both Of Uncommon Courage and Splendid Intention were downed in the southern waters of Beta Gabriel, where the ships remain to this day, awaiting rediscovery by the crew of the Fathom. 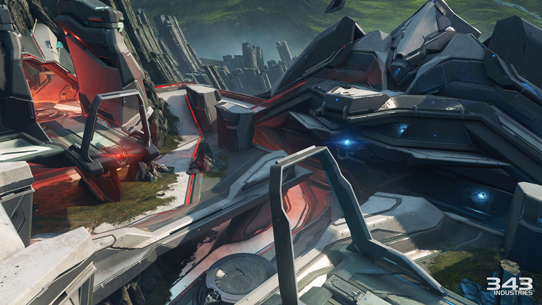 The first incursions of the Flood into the Forerunners’ outer territories signaled the beginning of a centuries-long war. Although they immediately summoned the full strength of their navy, most Warrior-Servants recognized that this conflict would be won or lost on the ground. Hidden safely in the shadows of the Burn, this military compound provided a necessary proving ground, strategically honing those who were destined for sacrificial glory.

PANEL On The Channel 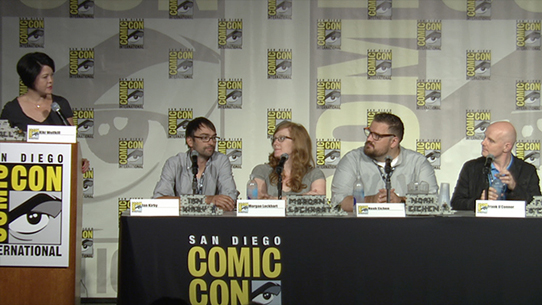 Unfortunately, not everyone is able to make the journey out to California each summer for the San Diego Comic Con. It’s especially depressing when Halo fans who want to soak up every ounce of Halo news and knowledge know there is a story-focused panel going on and they can’t get their eyeballs on it. Putting aside your sorrow, you renewed your faith in the promise that the panel would eventually make its way out into the wild. And see how your faith has been rewarded. Now everyone can join 343 Industries and special guests as they examine the compelling and prolific storytelling in and around Halo 5: Guardians. “Hunt the Truth: Following the Trail of the Halo 5: Guardians Story” brings new insight into the mysteries surrounding the Master Chief and builds connections between the stories that have been told so far, and sneak peeks of the stories yet to be told in game and beyond, and you can enjoy it for yourself now on the Halo Channel. Enjoy!

Last week’s trial trivia run turned out to be a pretty fun venture, and while it won’t be an every-week thing, I just had to do another one sooner rather than later. While most of you were able to guess the correct answer last week (around 68% at the time of this writing), I’m even more amused that I was able to get 8% (literally double the amount of the actual least common guess) of fans to respond with “food nipple.” But I’m 12 and what is this. Anyway, on to this week’s question! And no looking it up beforehand…

What UNSC ship sacrificed herself to protect the UNSC Stalingrad during the Battle of Onyx in 2552?

What UNSC ship sacrificed herself to protect the UNSC Stalingrad during the Battle of Onyx in 2552?

And with that we bid you auf wiedersehen. Keep it tuned here for more lore and story explorey. We’ve got plenty more to come.

The Storm Rifle is a more resilient and higher performing variant of the standard Plasma Rifle, including a modular coil set, a high-mounted cooling shroud and an extended barrel.

The Pulse Grenade is a field-generating attenuation device used to damage any targets which fall within its ionization radius, eventually collapsing in a violent and deadly pulse of energy. 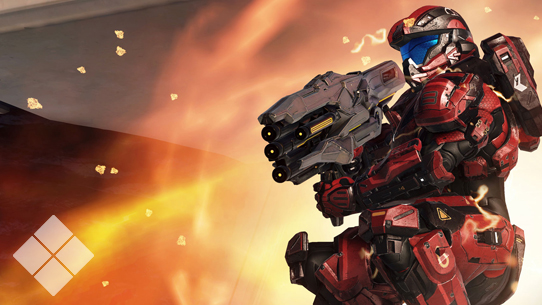 Know for an Answer

This week in Canon Fodder we've got new peeks at map lore and answer a couple of community queries. 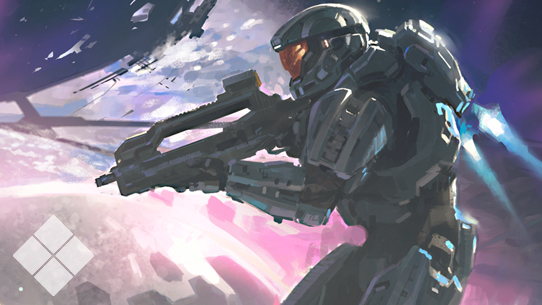 This week in Canon Fodder, we revisit Halo: Hunters in the Dark. 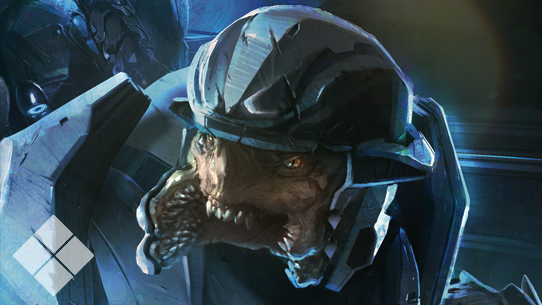