How do you do, fellow kids? We’re back in action, freshly-Fourthed, and ready for a quick catch up on Halo happenstance. Let’s get started, shall we? 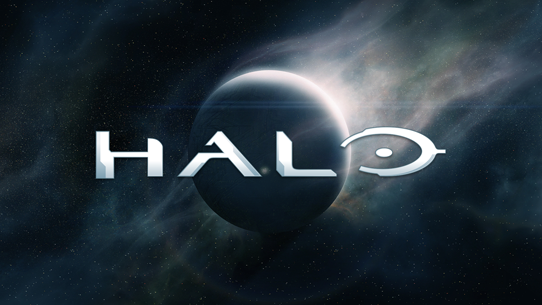 The most obvious big news to drop over the past week or so is that Showtime and Amblin Entertainment have announced a brand-new television series based on the Halo universe.

Directed by Rupert Wyatt (Rise of the Planet of the Apes) and written by Kyle Killen (Mind Games, Awake), the Halo television series will open with a ten-episode season that will showcase our favorite science fiction franchise in new and exciting ways.

The TV show is scheduled to enter production next year, and our teams are collaborating and engaging daily to build a show worthy of your attention and devotion. We can’t wait to share more, and you can be sure that we’ll be right there to bring you an inside look into the creation of this new Halo experience as the appropriate time draws closer.

For a bit of additional context, our own Kiki Wolfkill weighed in on the announcement last week on Waypoint.

The MCC Insider program continues to ramp up, with the third flight beginning to roll out this week. This latest iteration includes the full MCC experience (minus the ODST campaign) and will soon be arriving on the hard drives of all MCC Insider participants.

This truly has been – and continues to be – a herculean effort by the team, and we can’t thank everyone in the community enough for their passion and participation as the project continues.

If you’re interested in all the latest nitty-gritty details, make sure you check out MCC Development Update #5, which goes over roll-out, playlist plans, a brand-new edition of “The Scoop,” and much more.

HCS New Orleans by MLG is coming up next weekend! July 13-15, Halo teams from around the globe will head to the Big Easy to compete for a cool $250,000 in the first live event of the 2018 season. Yours truly will be there tag-teaming our community efforts with my man Unyshek, all while taking advantage of the locale to try and break records for gumbo consumption. If you’re at the event and see us, make sure to say hello! Especially if you’re bringing me gumbo.

The HCS team also published an Oddball and CTF Refuge Update blog this week, deep diving into match statistics and context for the most recent additions to the competitive Halo 5 experience.

This weekend also marks the final 2k tournament that teams can take part in to improve their seeding for the New Orleans event. If you’re looking to jump into the action with your own squad, hit the links below for your respective region.

If you’re just wanting to check out the action online, keep tuned in to @HCS on Twitter, where we’ll be sharing top streams showcasing the tournaments.

Whether you are attending in person or tuning in online, you can keep up with all the latest details on the upcoming event at halo.gg/NewOrleans2018. See you there!

This Sunday on July 8, MS Store locations all across the land will be hosting their next Halo 5 grassroots tournament, this time with lone-wolf-warriors on display in FFA action. Be sure to visit smash.gg/mrshalo to register for free and find more info on future MS Store Halo events. Plus, participants become eligible to receive the Word of Mouth Battle Rifle skin for Halo 5!

And now, on to Postums for an update and recap on the HWCL Season 1 Invitational.

Roughly 3 months ago three groups came together with one thing in mind – competitive Halo Wars 2. Guess what folks? They delivered. For roughly twelve hours on Saturday, June 23, the top 16 players in the world for Halo Wars 2 came together and battled it out with a wide array of both leaders and playstyles. No two builds were the same, no two strategies. We saw so many epic matches – in many cases with just a single engagement being the deciding factor for how a game would shift.

We would love to congratulate The Banished, Breaking the Clutch, Team Respawn, and all the players who took part in the first season of the community-curated Halo Wars Championship League. It was great to see such a fun event take place and Wrensi and I had a lot of fun helping cast a few of the matches.

One of the prizes for winning this tournament is something that will change the future of Halo Wars 2 in the form of a balance change. After talking with Mike about it he wants to make a change to Decimus’ hero unit, the Warlord. A while back siphon was removed from this melee unit because of some bugs. However, re-building the way siphon works on individual units is something Wrensi has fixed. So, in the upcoming balance update, Siphon will be re-added to the Warlord.

Q&A with the Organizers

After the season concluded we spent some time talking with the various groups that ran the series of tournaments. Below are all of their respective communication and content creation channels.

The Banished: Easily Mike BEASTon’s reverse sweep of Almirante. Those two had played so many games that day, it was truly a test of endurance as much as skill and Mike managed to give a suitably epic ending to season 1.

Breaking the Clutch: Our favorite part of the season was the invitational.  3 different organizations with collaboration with 343i coming together for the sole cause of bringing together the best Halo Wars 2 players. Being able to watch and choose four different matches at the same time is something Halo Wars has never seen before.  It was an incredible event to witness as nearly every single matchup brought forth the highest level of play.  Seeing Halo Wars live out its potential for competitive play with the support of the community is more than we could've ever asked for as a dedicated Halo community

Team Respawn: Seeing so many people enjoy watching pro players go at it! We met a ton of Halo Wars fans and people just curious on what the competitive scene for the game looks like.

B: We're hoping to have more standardized rules and more spread out tournaments. We loved having everyone participate, but it was sometimes confusing for people to have a tournament on Saturday that they could register for but having that buried by registration links for tournaments for the next two weeks.

BtC: This season was our first season for the HWCL.  Breaking the Clutch will be pushing for more finite rules to spread across all tournaments in the HWCL.  A more professional experience for both the participants and the viewers is a must for any competitive league.  Although we have passed off the torch to The Banished for this next season’s invitational, we will continue to push forward for the highest quality experience possible.

TR: Looking into doing less tournaments per organization in the upcoming season but expand the number of organizations in the HWCL. I think having a regular rotation of casters hosting HWCL games will be a very good thing!

B: Shortly after the next patch drops, we'll hopefully let the meta settle a bit and then get the party started.

BtC: Hopefully within the next month.  Once all the scheduling is completed, we can begin announcing when the next tournaments will be, as well as the next invitational, hosted by the Banished.

TR: Hopefully in the next few weeks!

343: Are there going to be any more groups joining in to help support the HWCL?

B: I wouldn't anticipate we'll add any more. We've got a great group of people to work with, don't think we need any more.

BtC: It is always a possibility.  There aren’t many tournament-hosting organizations for Halo Wars 2, so it is unlikely, but still possible.  We always welcome special guests to help cast and process the background data to make these events possible.  Breaking would like to give a special thank you to TheWALL766 for helping as a substitute caster with BtC Hosticide.

TR: I hope so! There are some good organizations out there that would great with the HWCL.

343: Where can people go for information about the HWCL tournaments?

B: Easiest places would be our different Discord servers. We're more than happy to answer any questions that you'd have!

BtC: There are a couple of places to go for HWCL information.  It can be found in any of the three organizations’ discord servers, or it can all be found on the HWCL post pinned to the Halo Wars 2 forums on Halo Waypoint.

TR: Any of the group leaders, our Discord server, or the pinned page on waypoint for the seasons.

Seriously, Pixelflare. Save some epic for the rest of us.

I laughed at this a lot harder than I should have.

Man, if the Ready Up Live spartan company was this dedicated, I'd finally have my own Achilles helmet to show off!

Halo Codex made a Rip-Spin duel between Chief and Locke. You should check it out.

That will do it for us this week. See you in New Orleans!

Until next time… Live well, play Halo, and seriously… I want gumbo. All of it. 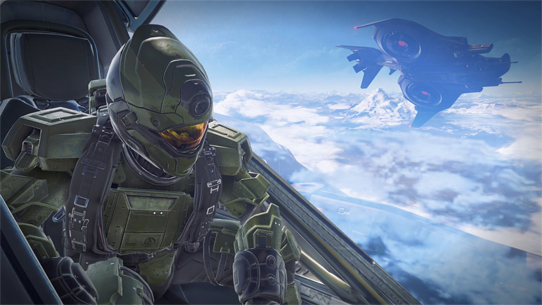 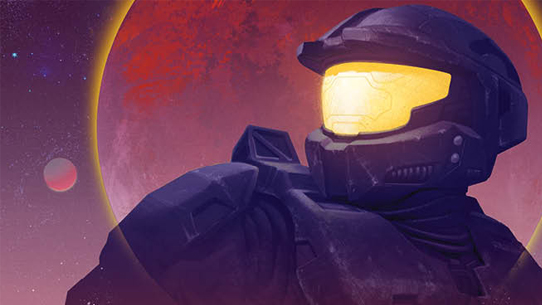 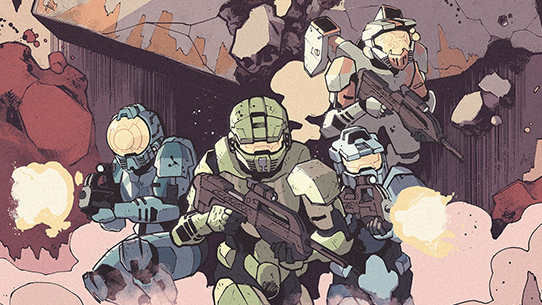 When last we met, we were fresh off Grim’s Etouffee Extravaganza, or I guess as some people called it “HCS New Orleans.” This time around, we’re catching up on a few different things – a light week overall, but still some important happenings in the Halo sphere to chat about, so let’s get to it!