This week, we’re shining the spotlight on more community-made Forge maps. As mentioned in the latest Halo Community Update, we’ve been looking for some new favorites to throw into matchmaking, and… we also just like playing your cool stuff. Let’s take a look at a few of our picks for this week.

To download any of the below maps, just follow or send a Friend Request to the gamertags below, and view their File Share in Active Roster.

First up is an instant favorite - a Mongoose Sumo minigame by Turbtastic.

The rules are simple: push other players off of the board, and the last Spartan standing wins the round. Turbtastic specializes in awesome minigames, so be sure to add him for more wacky fun time.

Kronos is an original symmetrical 2v2 map. It’s Forerunner in origin, and we like it a lot. 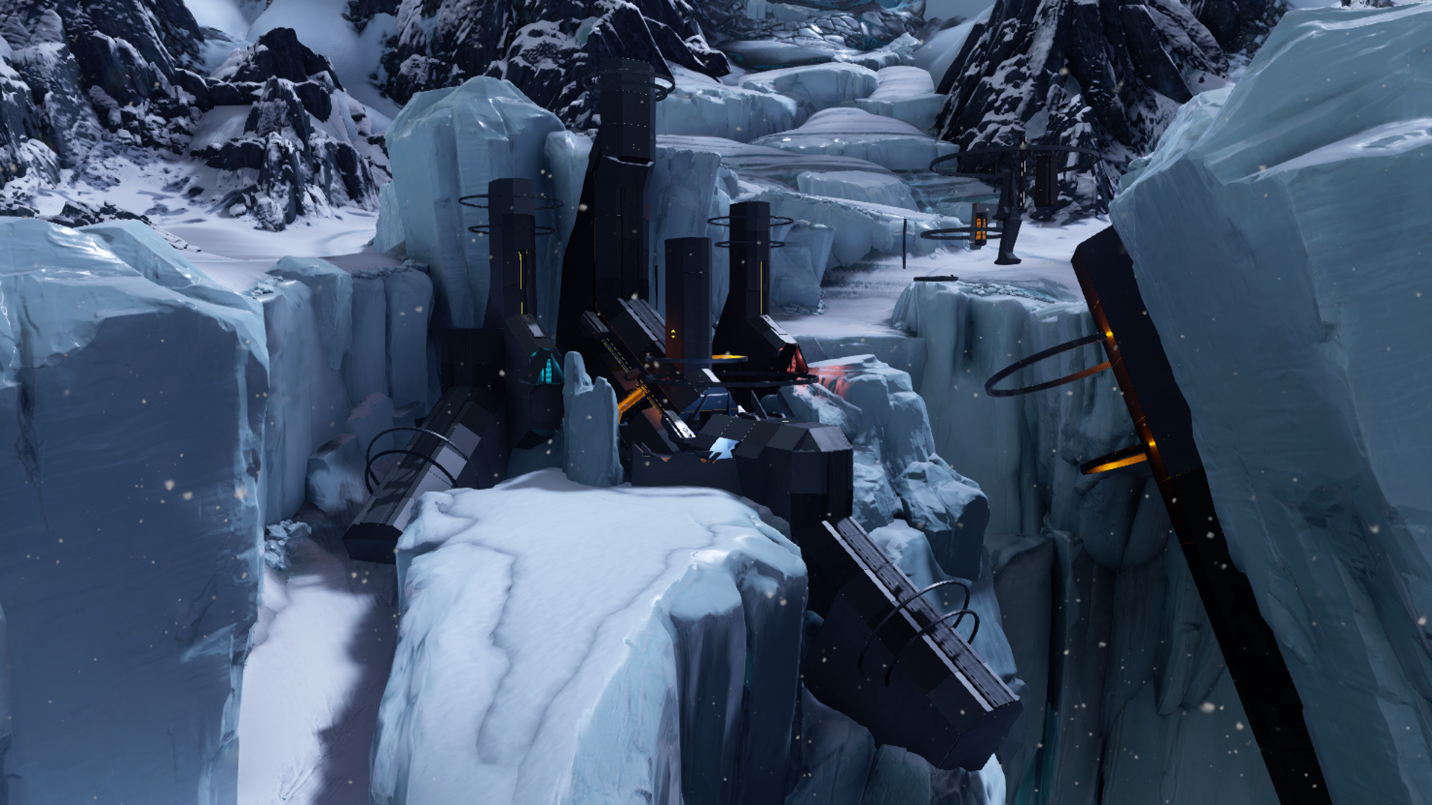 Remembrance is a remake of Ivory Tower from Halo 2, which just so happens to play quite a bit like the original. With Halo 5 scripting, AnonFriction was able to perfectly replicate the Ivory Tower elevator. Aww yes. 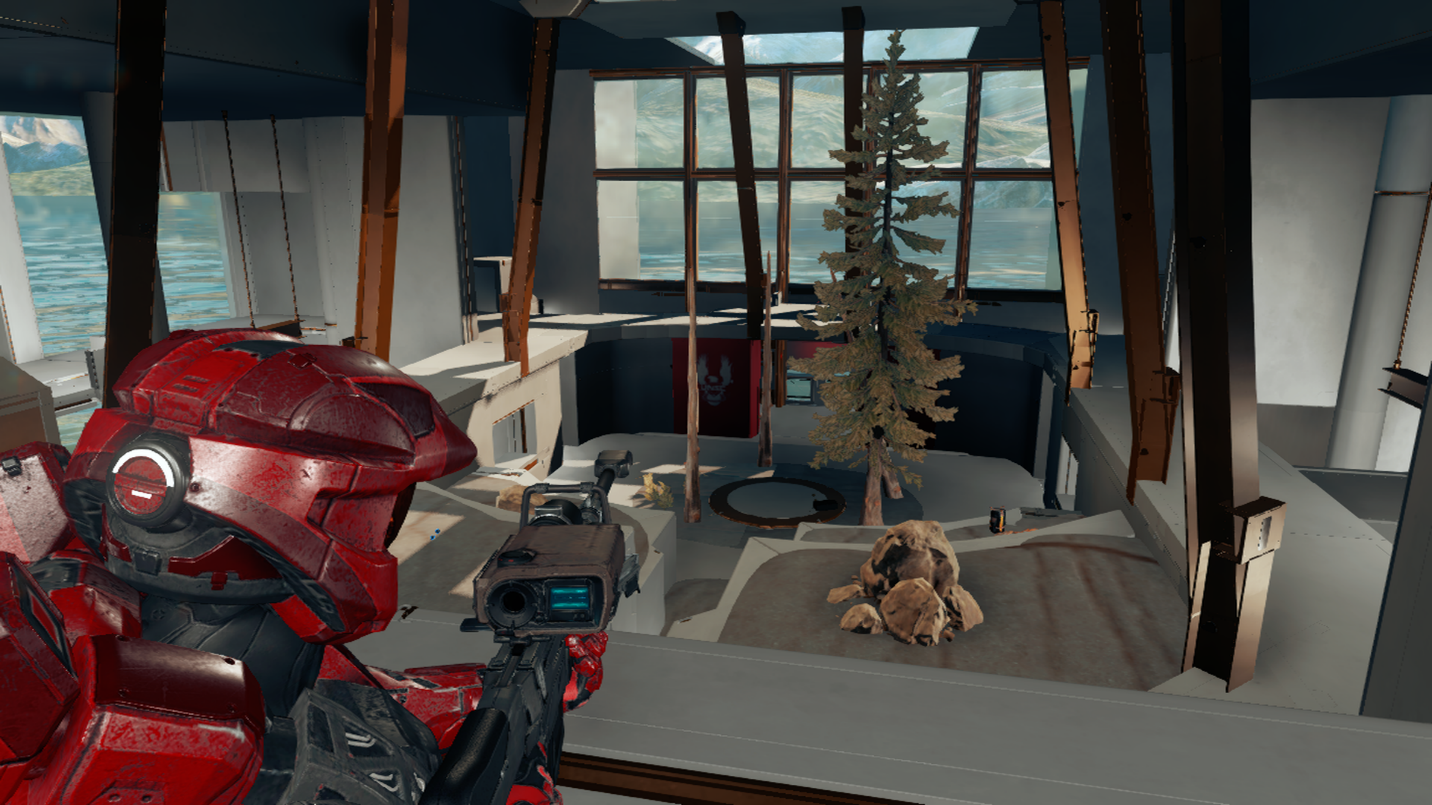 This map is a thing of beauty. Possibly our favorite community-made Breakout map so far, Simulation is a recreation of Halo 3’s The Pit (and Halo 4’s Pitfall) and pulls from different elements of each. When you spawn, you’ll immediately recognize the fact that you’re in the attic, about to drop down on the plat. You’ll also immediately recognize the beckoning long hall, or the inviting option to head up to your tower for a better view on the enemy. Whatever you choose, we think you’ll be right at home. 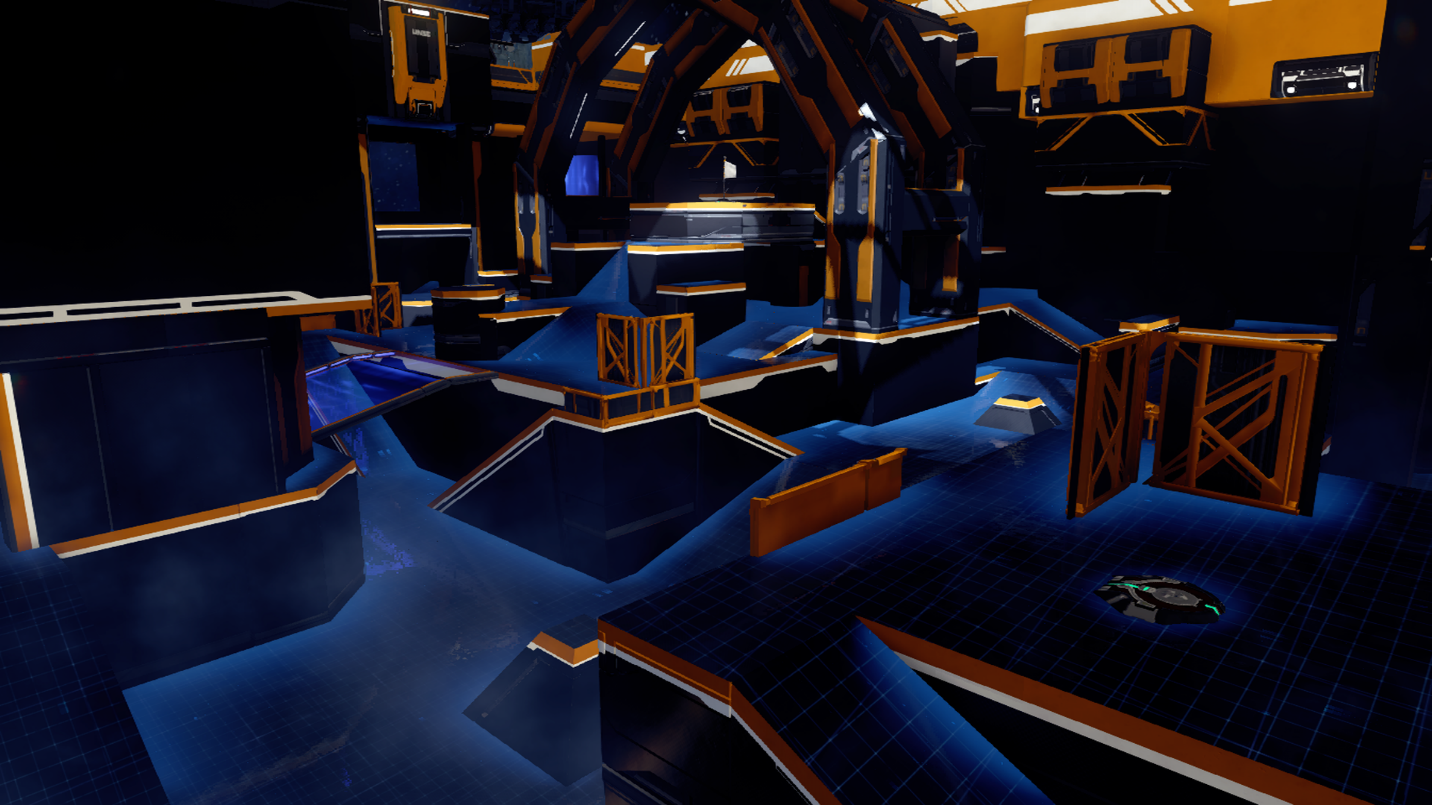 We liked the map so much, we decided to sit down with the two creators to learn a bit more about it. Let’s go!

Hey guys! Thanks for joining me today. We love this map. What inspired you to create a Pit-inspired map?

Berserk: There's a few things that made me want to recreate and re-imagine The Pit. Halo 3 was the first game I ever played online, and it is easily one of the maps I had the most fun with, and was also one of the most well balanced multiplayer maps created. During the Halo 5 beta over a year ago, playing Breakout for the first time really got me thinking about how cool it would look if The Pit was made using the same palette, which was one of the main selling points for me to recreate the map. I actually wasn't sure if it would play well with Breakout and Halo 5 in general, I just wanted to make it look good, but then Bubba came along and helped turn it into what I think is a map that plays very well.

Bubba: Awesome to hear! We believe that The Pit is one of the most iconic maps in the Halo series and proved to immerse players into a great, competitive environment. Remaking it to play well for Breakout was something Berserk was especially looking forward to. Although we knew would have to recreate it in a way that would work with Halo 5's playstyle -- being much more different than the past Halo games -- we were up for the challenge.

As you went through the geometry and layout, were they any pieces, sightlines, etc., that were particularly tricky?

Berserk: Honestly, the hardest part of the map for both Bubba and I was scripting the shield door that covers the entrance point of the map, both of us had limited experience scripting, so we both spent nearly two entire days making that one little piece work right. The hardest part about the layout of the map was probably the middle of the map, sword room, and making the map look and feel like the original Pit while also working for Halo 5's new mechanics. We wanted to ensure sword room wasn't able to be camped in, so we decided to put the shotgun in there, to make some combat focus there. The middle of the map was definitely trial and error. We had a general idea but had to open it up and add new sightlines so that people wouldn't camp in the hallways. We messed around with it and tested it many times to make sure it can be both a beneficial and dangerous area to be in. Scaling the map was tough. Obviously Halo 3 and 5 play completely different. With the additions of Spartan Abilities and Breakout, we had to make sure the map would look and feel like The Pit while also being playable, I would almost say this came down to luck since you can never really tell if it will work or not until it’s finished and being tested.

Bubba: Something that I had been keeping my mind on as we were making the map was the classic "banana" between both teams' training location. Because we heavily tweaked the center of the map from the original, we were trying to find a way to block sightlines to the courtyard and the sword room. Adding in something similar to banana and changing the structure of the sword room allowed us to complete that task. One of the most challenging things we managed to do, however, was getting the energy barrier in the back of each team's nest to get in position and at the right time. Like Berserk said, neither of us had much experience with scripting, so it took us about two days to find out what we had to do to script it correctly. We were so relieved once we finally got it all sorted out. 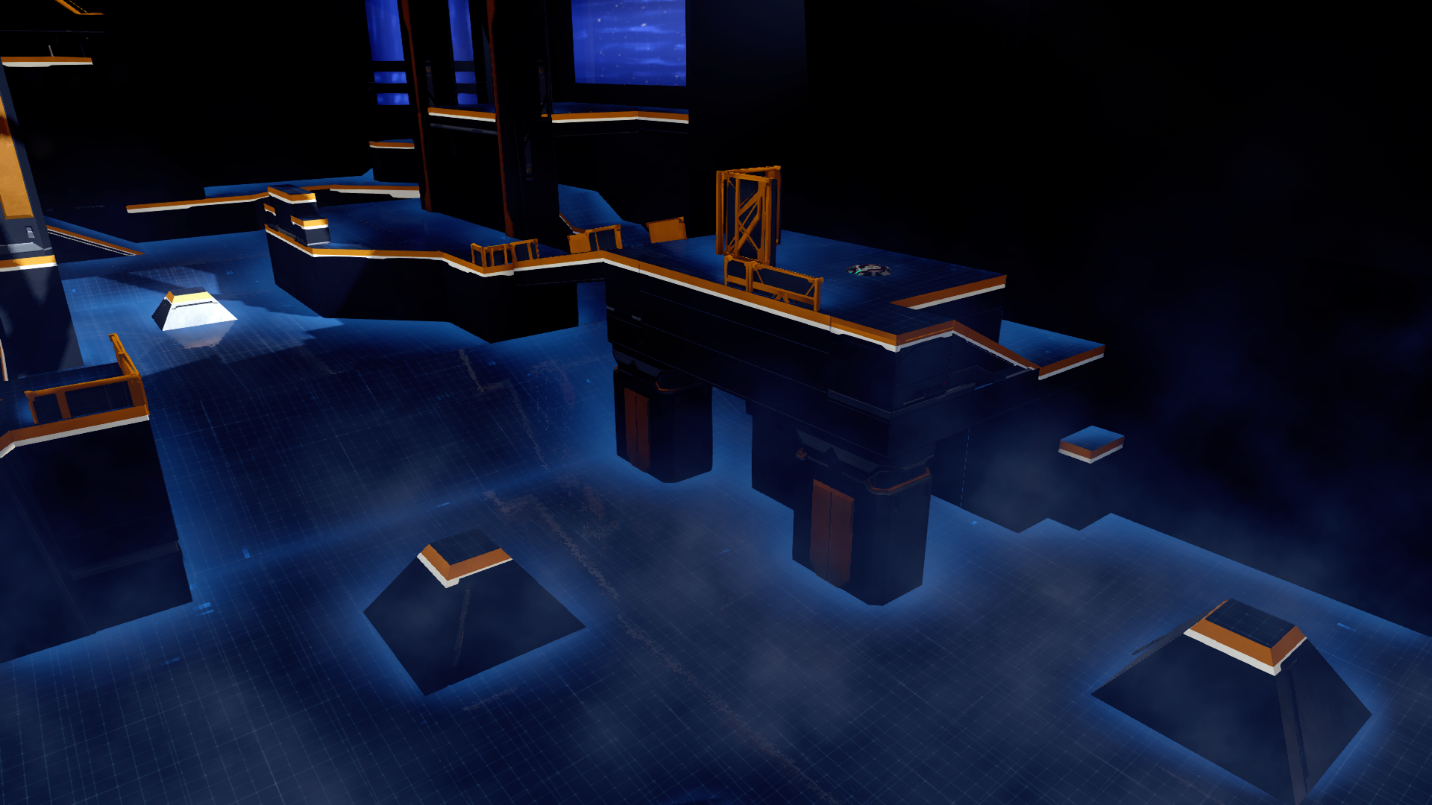 I noticed there are some key differences in the layout, such as using a jump up in the OS runway. Any other things worth noting?

Berserk: If you know the ins and outs of Halo 5's Spartan Abilities and tactics, you may notice that there is a lot of opportunity for trick jumps that can make the map have a near infinite amount of possibilities. Slide boosting can be done in key parts of the map to make a quick escape, flank, or just general movement around the map, coordinating these kinds of moves with your team can catch the enemies completely off guard. There are also the pyramid boosts that can launch you into the air to get up high quickly which can also be used to catch enemies off guard. Knowing these tricks and where to use them can easily mean the difference between a win or loss. Other than the Pyramids though, the obvious differences will be in sword room and the middle, which is to make sure the map is more open and more strategic, but above basement and shotgun may seem different as well. In order to create new sightlines, we made the tower (Nest) above basement open so it can be used as a vantage point for the base and give good angles, while also having minimal cover, making it dangerous to stay for long. We opened up shotgun to eliminate camping while also making it a useful spot to get your bearings and get some cover during a firefight.

Bubba: There are a bunch of jumps that we implemented into our map, some of which weren't totally on purpose. Something I'd like to mention is the walls sticking out of long hall that you can jump off of to potentially be more unpredictable. Unyshek actually came up with the idea of adding it, and, unsurprisingly, it ended up fitting in perfectly with the playstyle we were aiming for. You'll also find some pyramids scattered around in the courtyard and pit that you could use to your advantage by performing what I know as a "thrusting kneecap," which can launch you a good amount of height to several locations if correctly timed. Along with these launches, there are plenty of other spots that allow you to execute slide boosts, which, when given the opportunity, can really throw off your opponents. The last thing I want to make note of is the fact that we took out the small lights outside of the sword room, but we replaced them with small ledges you can get on right above the doorways on the ramps.

Before we close, any tips that you might have for players who are about to download and play the map?

Berserk: Learning how to do the aforementioned tricks is nearly a must if you want to win, knowing them can give you an advantage if you know how to use them right. And, as always, coordinating with the team is as important as ever. With the power weapons being on opposite sides of the map, and control being based around who gets one or both of them, teams are really going to need to utilize cover fire and strategy to keep the other team at bay.

Bubba: For players who haven't played on this map yet, I would recommend playing more cautiously than the other Breakout maps they're used to. I, personally, feel like this map plays a bit more differently than what you may expect in a typical Breakout map. Many of the other Breakout maps seem to have a narrower layout and, thus, players tend to feel less risk when pushing up to the middle. To me, Simulation feels a little wider, which may affect players' awareness. Another big thing to keep in mind is how to position yourself with your team. Having a well-positioned team helps ensure good teamwork, as long as your teammates know what you're doing and you know what they're doing.

Thanks for joining me today!

Berserk: Thanks for having us and checking out the map, I hope everyone enjoys playing it as much as Bubba and I enjoyed creating it! 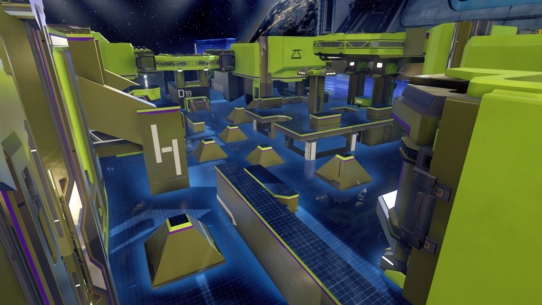 When the original Forge mode was released back in 2007, who could have known the impact it would have on Halo? More than just a map editor, Forge allowed players to collaborate with one another and create brand-new, unique experiences in a multiplayer session. For the first time, friends could test a map live while it was being built. This empowered creativity, allowed for rapid iteration and led to the discovery of all sorts of happy accidents. Best of all, building in Forge could be as fun as... 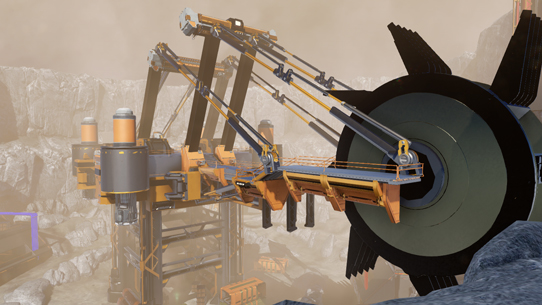 The Big Team Battle Community Refresh is now live! With twelve updated maps and the addition of four brand new maps, this refresh is the largest update to a playlist in Halo 5 to date. Before we dive into each map, we’d like to provide a quick glimpse at how this update came to be.