In a year that has had so many ups and downs, it's been nice to have some good news coming our way thanks to the hard work of various teams here at the studio. Halo 4 has arrived on PC, MCC has implemented crossplay, esports tournaments have entered their second season, and we're closing in on a high level update on Halo Infinite.

Now, let's kick off this Community Update and take a look at what's been happening in the world of Halo!

Alongside the arrival of Halo 4 on PC are a collection of improvements – including crossplay, all the trappings of Halo 4’s multiplayer, each and every episode of Spartan Ops, brand new updates for the Forgers of the world, and of course some brand new weapon skins to unlock – both through Season 4 and Halo 4’s competitive multiplayer.

If you're as excited about the last title arriving to MCC PC as I am, you can pick up the entire collection on the platform of your choice using the links below: 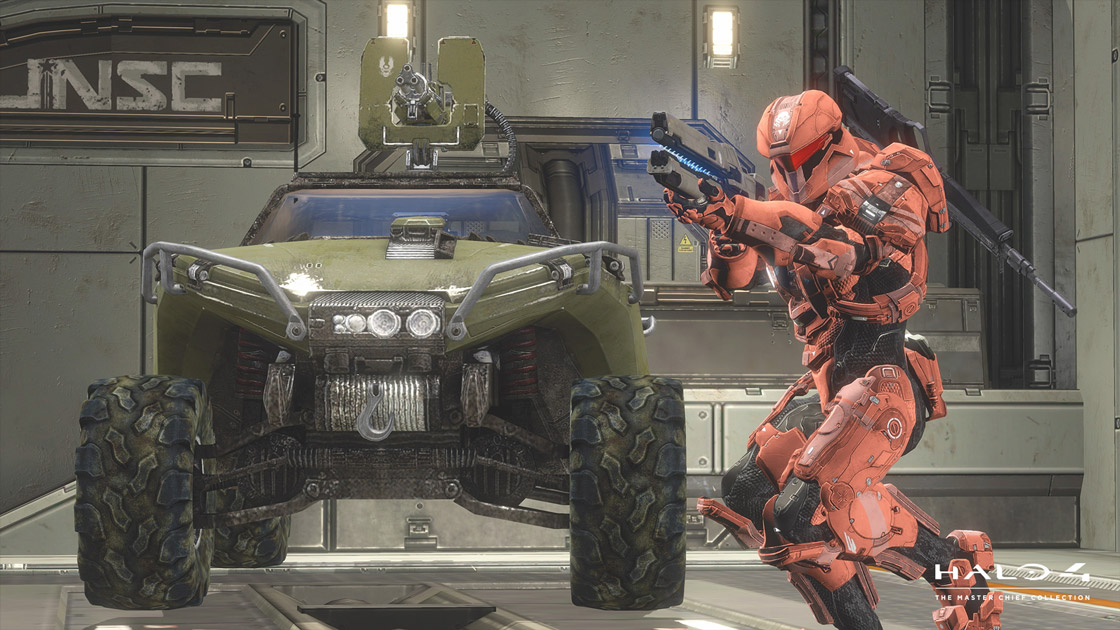 With the arrival of our new friends the Xbox Series X and S, we've got a fresh set of improvements arriving to take advantage of the next-gen hardware, including:

Yes, Halo 4 has arrived on PC and we've updated MCC to take advantage of the Xbox Series X|S consoles – but we're not done yet. If you want to see what's next for MCC, don't wait to register for future flights by signing up with your Xbox Live account on aka.ms/HaloInsider. In 2021, we'll continue pushing to make MCC the best experience possible, and we'd love to have you along for the ride. 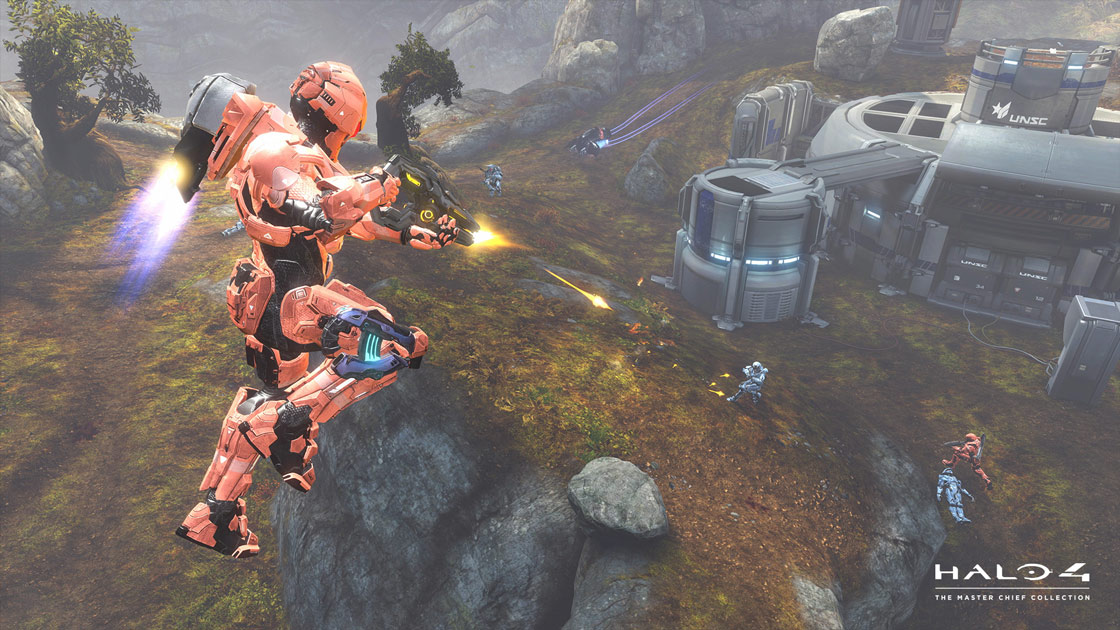 The love for Recon Slayer was heard and as a result, we've decided to give it its own ranked playlist. To sprinkle a little sugar on top, players who reach rank 20 before November 25 in this playlist will receive the exclusive Avalanche skin for the Halo 3 Sniper Rifle. Assemble your squad and drop into Recon Slayer today!

If you'd ever like to see the specifics of each of our weekly playlist updates as they happen, be sure to check out the MCC Playlist Update thread here on Waypoint! 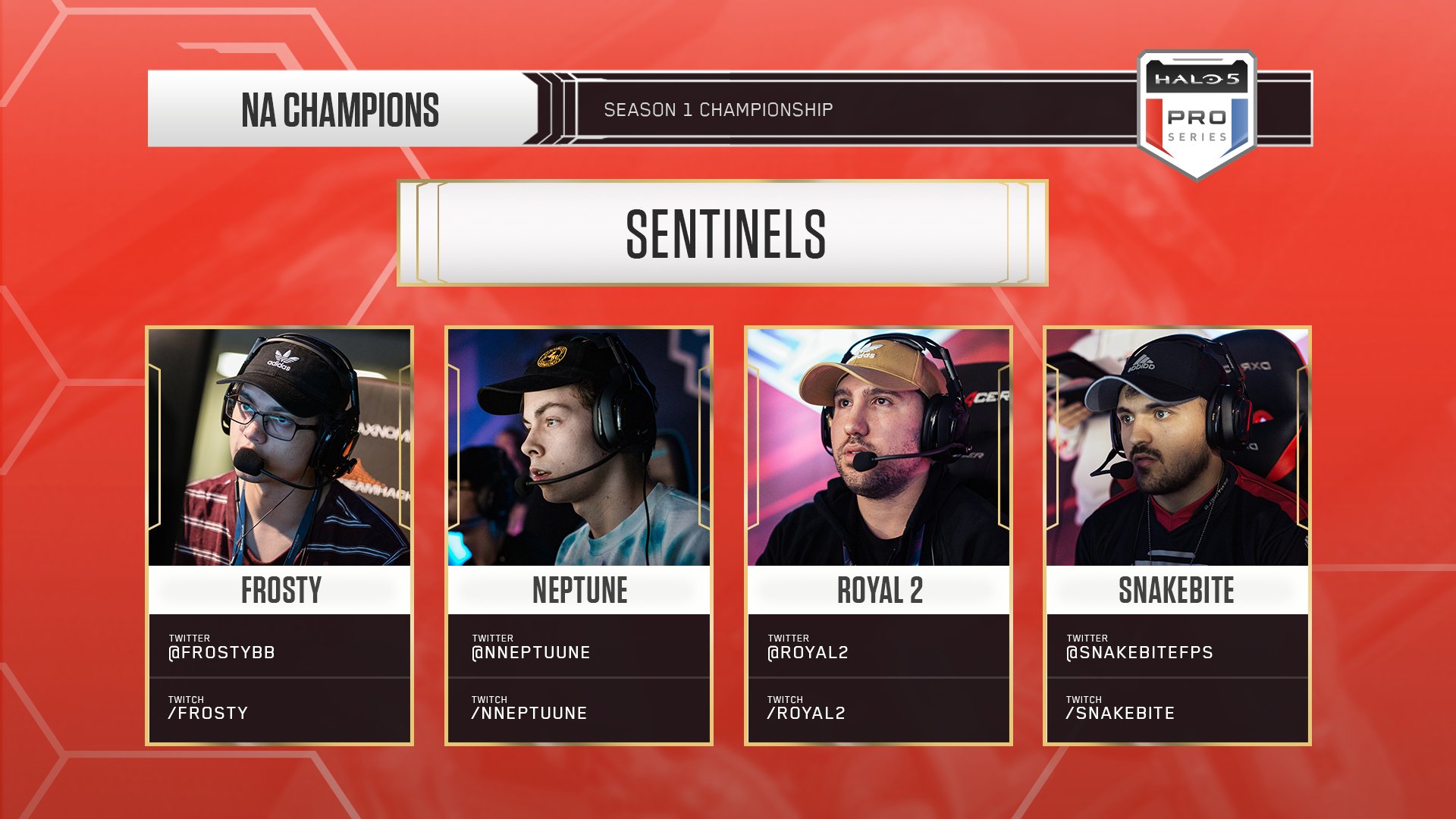 Our first season saw numerous teams trade blows in our Halo 3 tournaments, which will now be open to both Xbox and PC players, and Sentinels take the crown in the Halo 5 Pro Series. Now, with that successful first season in the books, it's time to look forward to what's coming in Season 2.

As I always say, there's no time like the present to assemble your squad and give these competitions a try! 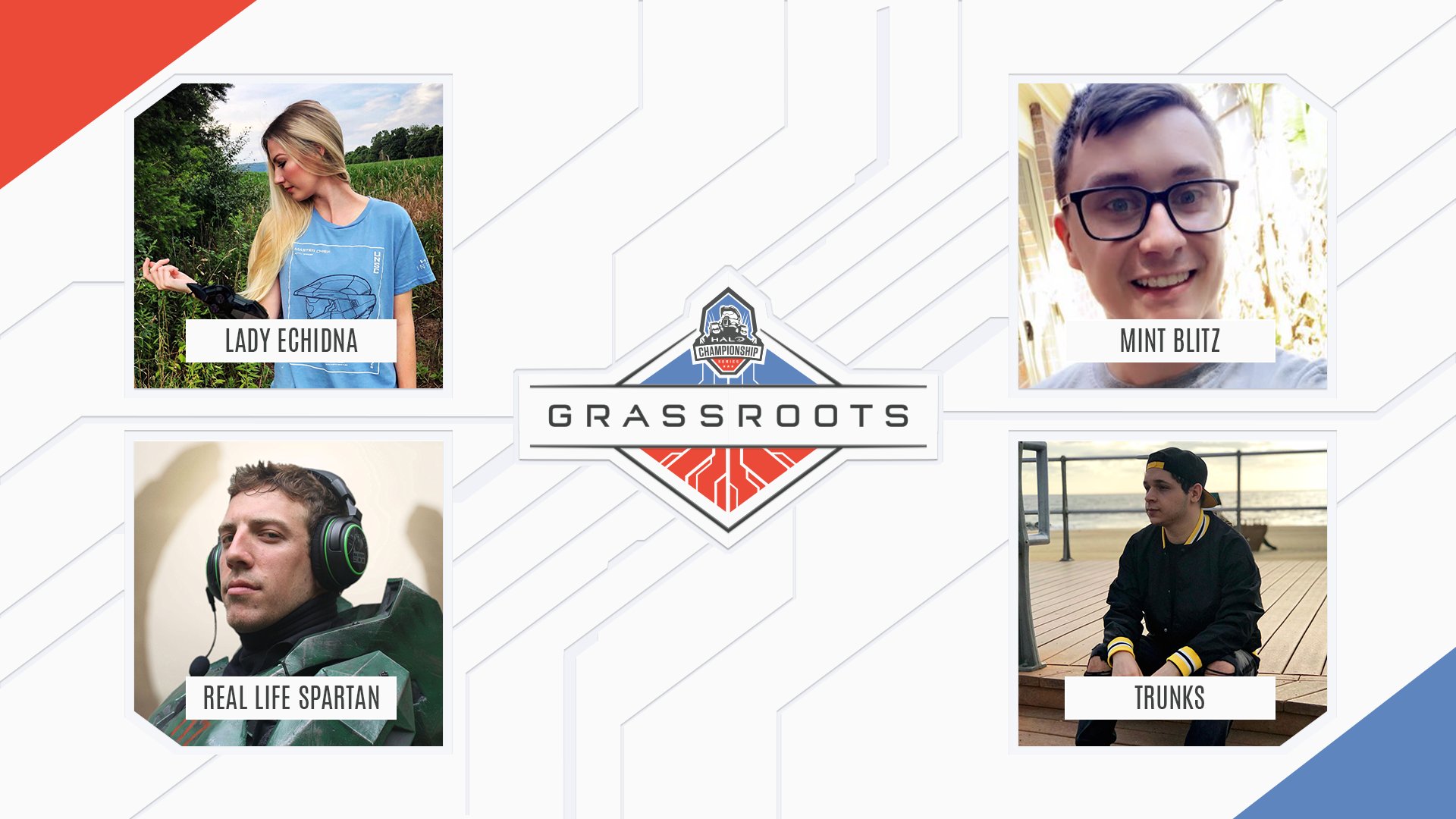 We recently announced that four incredibly talented creators would be joining the HCS Grassroots program. Whether it's because of the positive communities they've built, the high-caliber montage clips they hit, or their ability to bring your hype levels to 117%, each of these individuals has truly become a master of their craft.

The wonderful team from Down Under has also been brought into the HCS Grassroots program as a Community Tournament Organizer. These legends have been hosting events for the ANZ community, both in person and online, for quite some time now and have absolutely earned the title. Be sure to drop them a follow and give them a warm welcome!

These days they've been hosting their MCC Online Series tournaments exclusively for players in Oceania and already have a tournament for Halo 3 on PC coming up on November 29. Their MCC Series H3 Draft Tournament will take captains, who then get to choose from the pool of registered players, and turn them into leaders. All participants will get the "Beach Life" nameplate and there's even some money up for grabs. Read more about the tournament and register today!

After successful tournaments on Haloween and early November, SWAT Nation is already prepping for their anniversary tournament next Sunday, November 22! Registration is already open so you can begin assembling your squad to help them celebrate two years of consistent SWAT tournaments. Head to swatnation.net/events to learn more and sign up today!

If you'd like to get some practice before next weekend's NA H5 Pro Series Open tournament, you should get your squad together for GTHalo's tournament this Saturday, November 21. It will be using the official HCS settings and serve as a great opportunity to practice your strats and teamwork before next week. To compete in this Saturday's competition, register your team as soon as possible by clicking on this sentence!

If you can't make it but would like to tune in, all the minigame action will be going down live on twitch.tv/GTHalo when the tournament starts this Saturday, November 21! 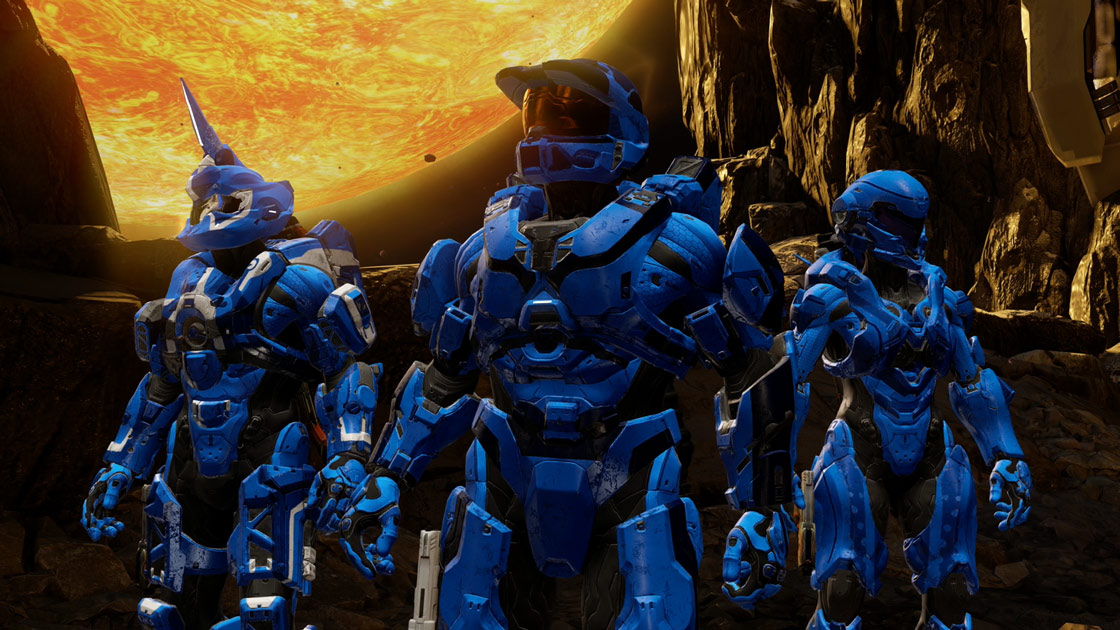 Since we're marching quickly towards the holiday season, that means it's time to prepare for more Double XP and the return of some fan-favorite playlists. In fact, with both Thanksgiving and 343 Day coming soon, they'll give us a great starting point for our end of year celebrations.

To see what's in store for Halo 5 for the rest of 2020, look no further than the schedule below! 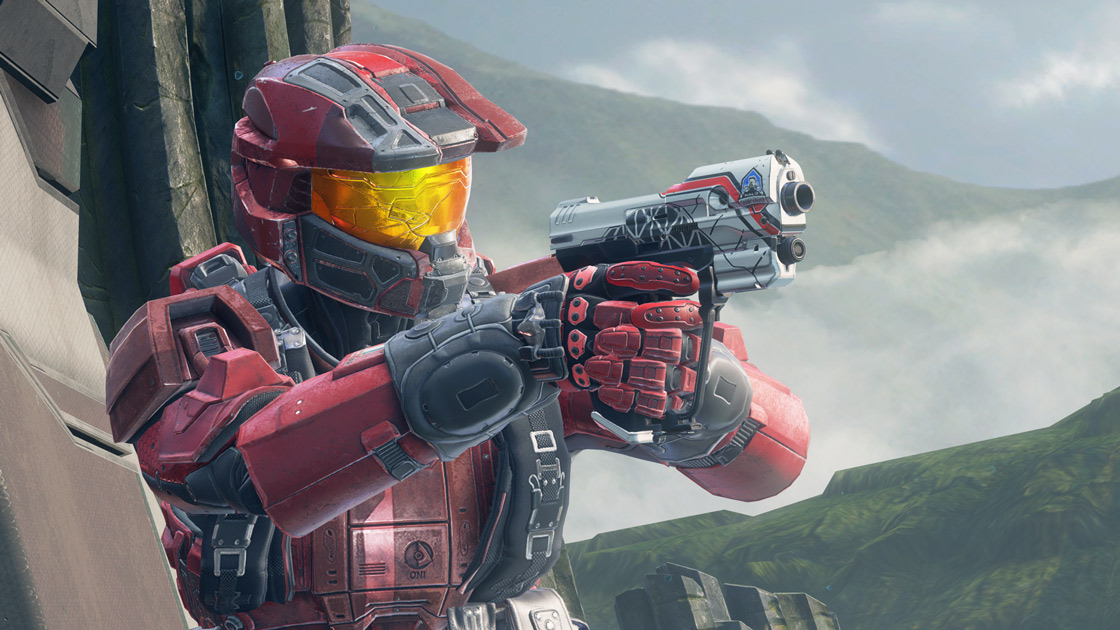 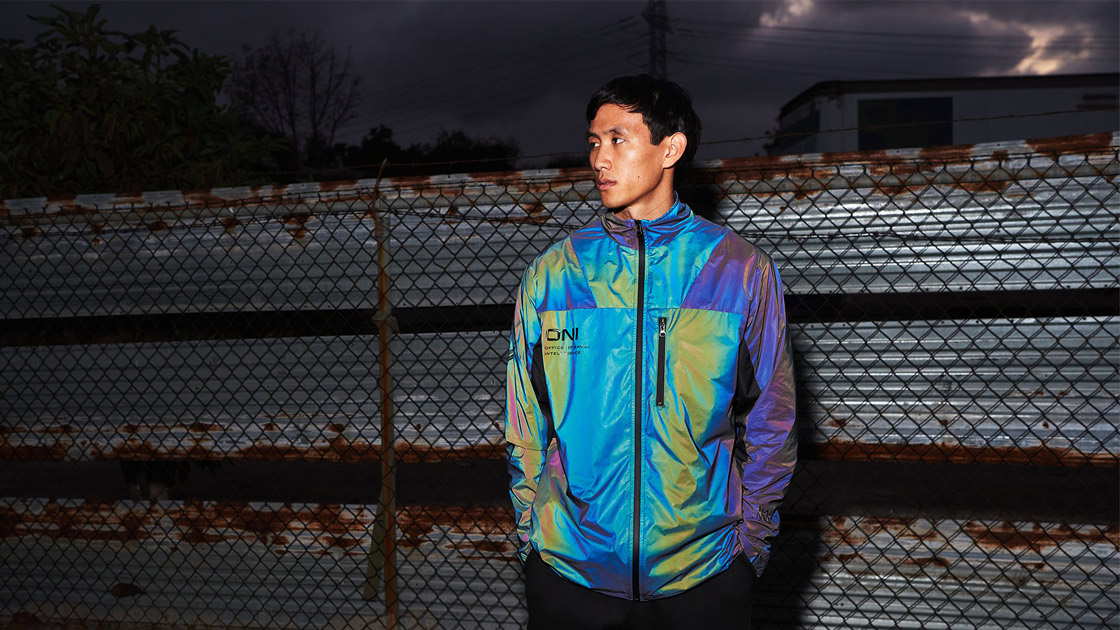 You can also use the new site to pre-order HEX x Halo bags, pick up a blanket with Halo Infinite's box art on it, or even snag some Halo Funko POP! figures. 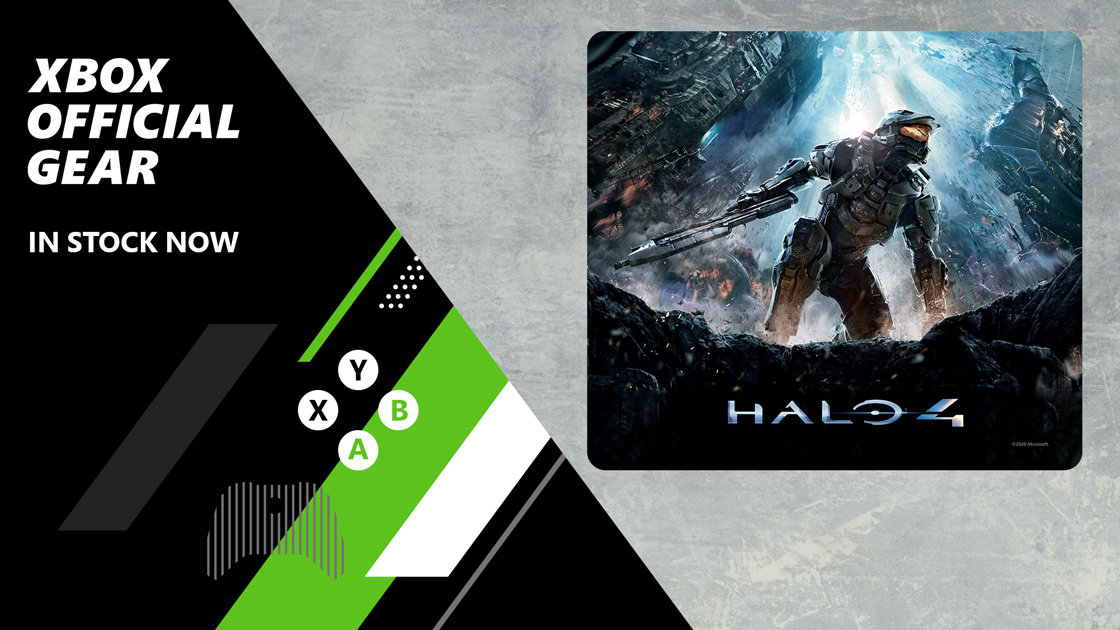 Halo 4 has finally made its way to PC and is therefore deserving of its own mousepad. You probably saw this coming, but it certainly doesn't make it any less exciting. Secure your mousepad today and start clearing out LZs with ease!

If you've ever needed to boost your Xbox's storage space, Seagate's line of external hard drives should do the trick. We recently partnered up with them to get a slick looking hard drive with Master Chief's design from Halo Infinite. This limited edition run can come with a capacity of either 2TB or 5TB, so you can get the right drive to store your games. 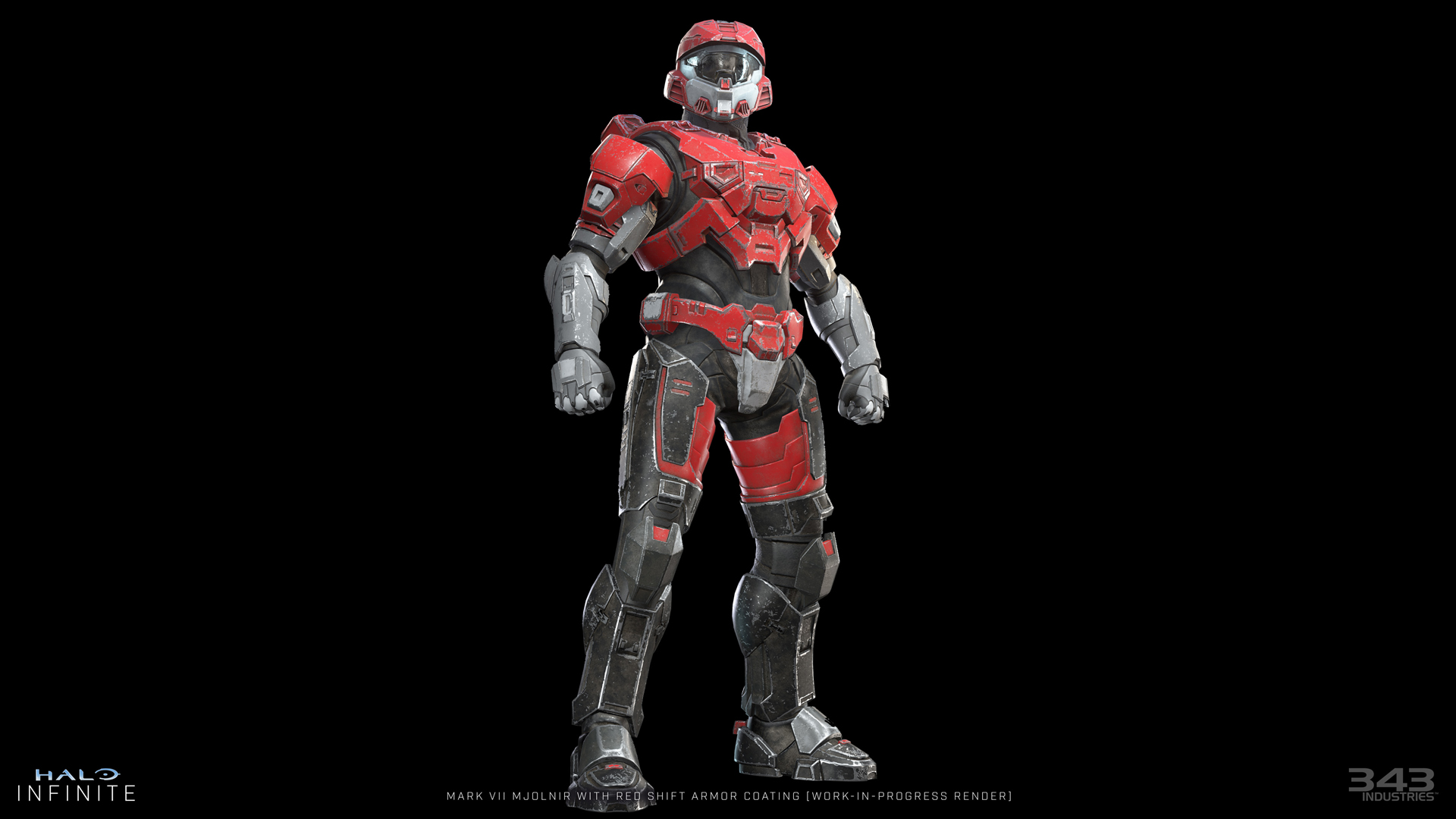 The absolutely rad Red Shift armor coating is now available at GameStop! This beautiful battle-worn armor coating is a nice bonus for anyone purchasing Halo or Xbox merchandise at GameStop before December 13. While it was initially meant to roll out on November 9, there were a few more pieces that needed to fall in place before that could truly happen. Much like our other partnerships, you'll want to save your receipt and redeem the code at halowaypoint.com/redeem to bank your reward for launch!

Our recent Billionaire Boys Club collab sold out almost instantly, but the Halo Gear team snagged a few extras to give away. Keep an eye on @HaloGear for more details! 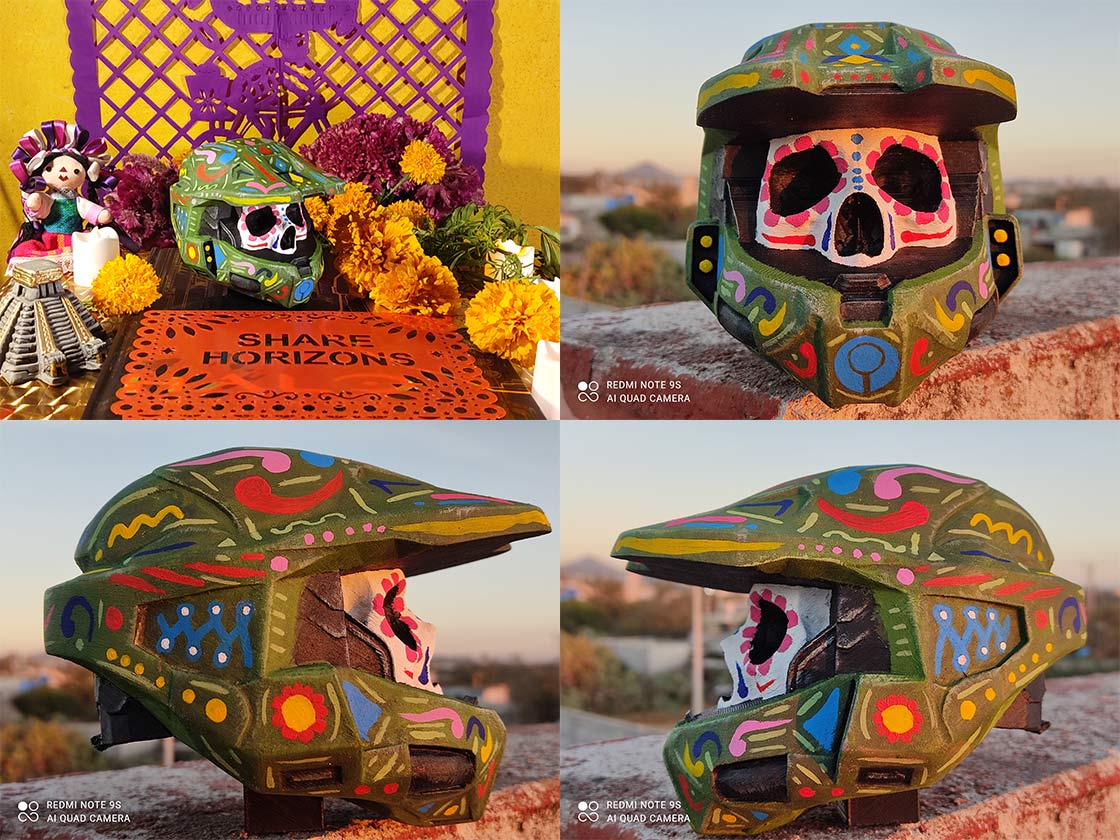 Over the past few months, and because of the delay, you’ve learned a lot about Halo Infinite from our various retail and partner programs. We see that you, our community, have so many questions and are hungry for more information. We know. We hear you. We understand.

We want nothing more than to answer your questions. We can’t wait to go into deep detail about the rich story and characters in the Halo Infinite campaign, to dive into exactly how customization and progression works and shows up visually in the multiplayer experience, and provide a detailed look at the incredible depth of content across the entire game. But to do it right and do the game – and the talented team crafting it – justice, we need to show rather than tell. Of course, this begs the question, “When are you going to show all that?” The best we can say right now is “when it’s ready.” That’s not the same as “when it’s done,” but it’s still “not yet.” When we get close, we’ll be sure to let you know ahead of time. Your questions will, eventually, be answered. 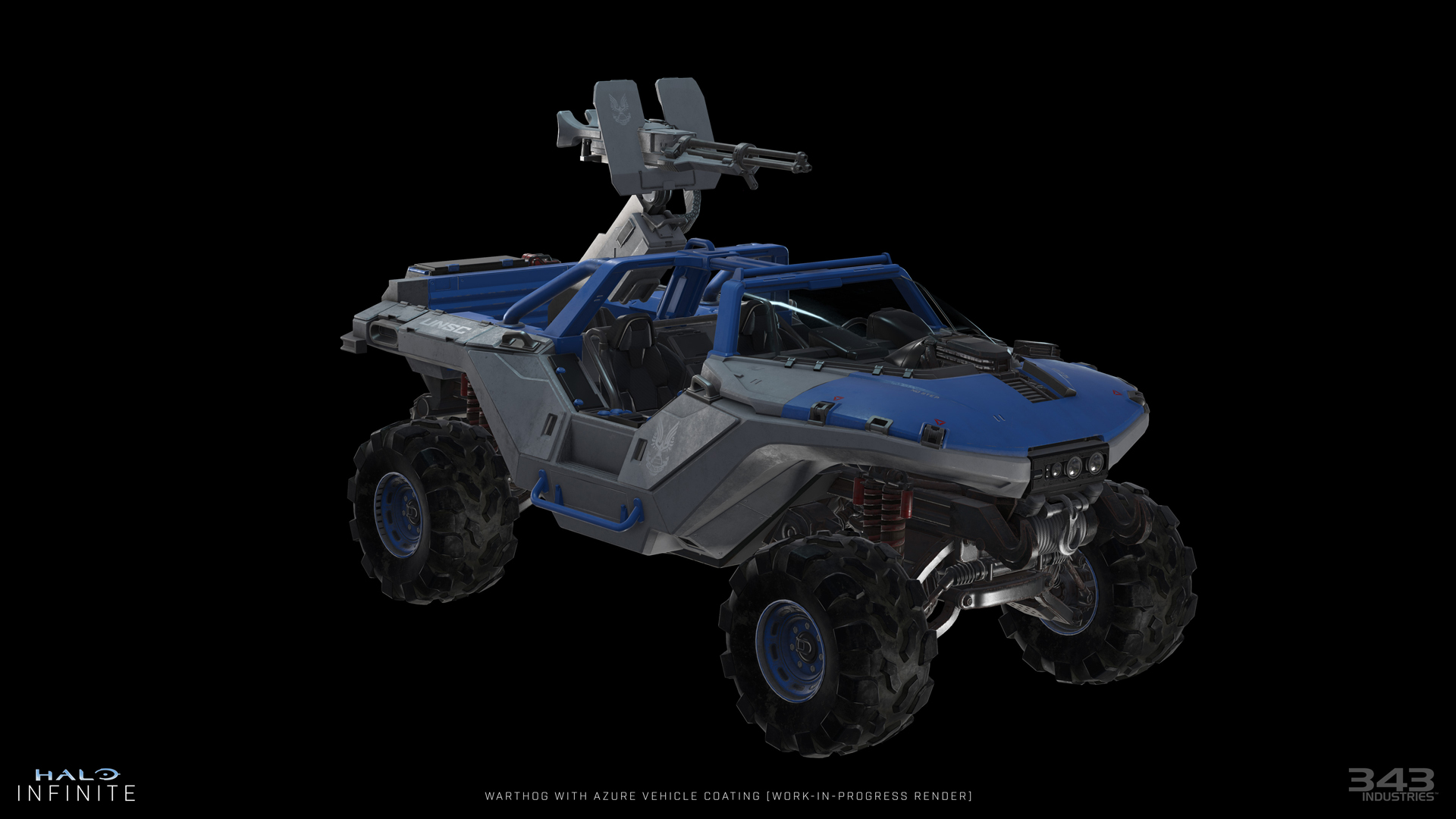 We have incredible partners doing fantastic work across a multitude of products and channels. There are even more on the horizon. Our marketing and promotions teams have been working for over a year in most cases to ensure Halo Infinite is everywhere possible this holiday to support the game and the Xbox Series X launch. So, when the game shifted out of 2020, the million moving parts across Halo Gear, brand partnerships, marketing, Xbox, legal, retail, and community had to take stock, recalibrate, and readjust. That doesn’t mean hitting the brakes on these programs however, especially when we can still support them today with things like banking rewards for launch.

We are deeply grateful to all our partners and their willingness to support our game and the existing campaigns, showcasing the Master Chief and our content in exciting ways despite the game’s delay. For that we want to say thank you to all our partners for pushing through the challenges and express our gratitude to our community of fans for understanding the position we’re in during this hectic time.

I realized that in all my excitement to share art from Halo: Spartan Assault last time, I forgot to check to see if there was anything left in my folder for Halo 3: ODST. Sure enough, there was one of the more memorable pieces of art still in there waiting eagerly to be released. This spectacular portrait of the Rookie was used on the cover of Game Informer's December 2008 magazine. When I was looking at older pictures of the full magazine cover, I thought it was pretty fascinating to see that the game was still being called Halo 3: Recon at the time. Even though the name of the game changed from one year to the next, this piece of art has remained beautiful and is now at your fingertips.

Feel free to save this 4K piece of art for yourself by clicking on this sentence or the image below! 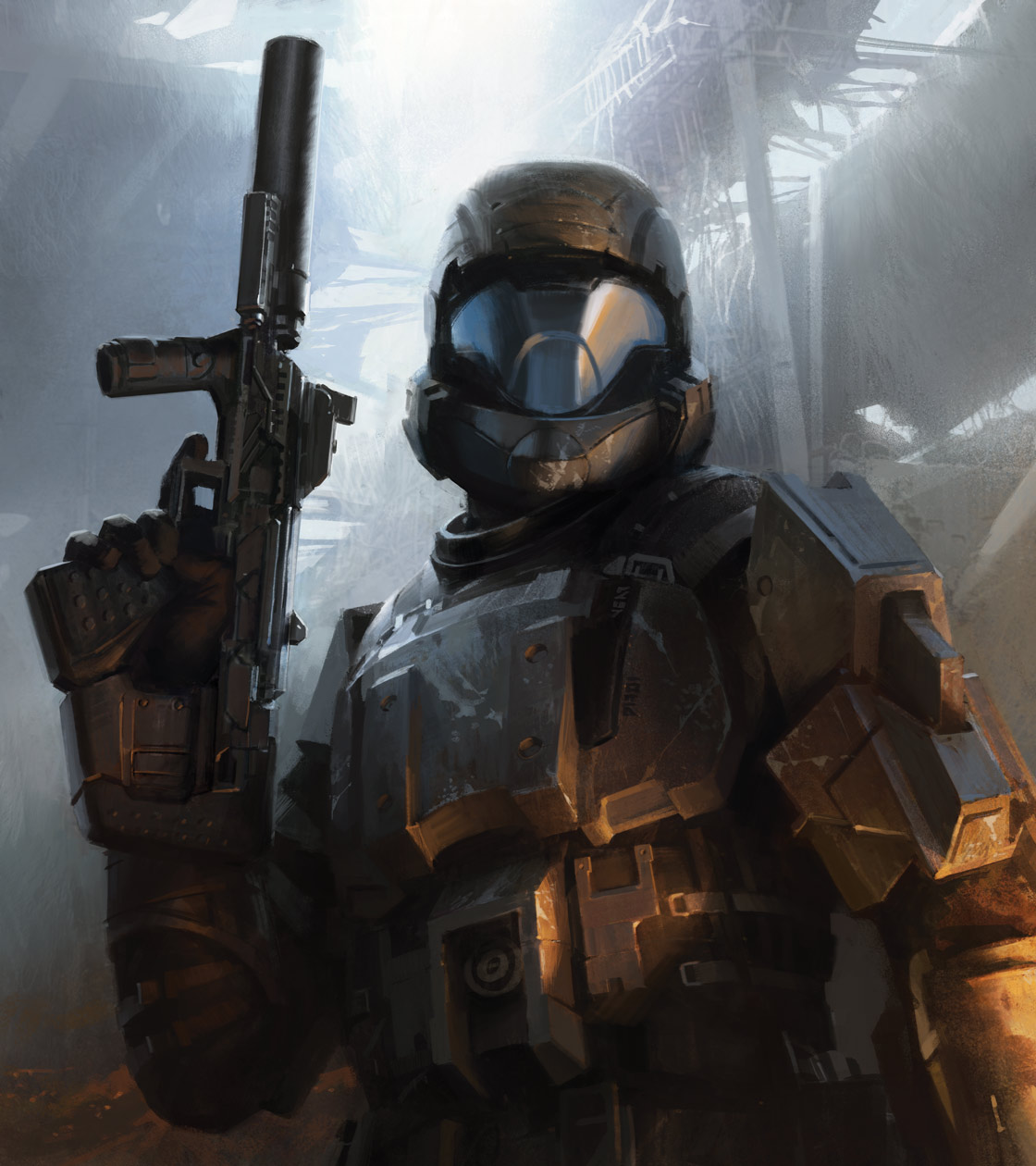 We know you're all very eager to know what's going on with Infinite and due a myriad of circumstances in the wake of our date change, we've been quiet longer than we like. We're working with the team to provide an end of year update and establish plans to be much more communicative in the coming months. Also, since I'll be out of town for Thanksgiving and a small, socially-distanced wedding (congratulations bro!), our next Community Update will be my "end of year" Community Update on December 17. As hectic and crazy as 2020 has been, I think we'll be ending the year on a pretty strong note.

As always, thank you for joining me for another Community Update! 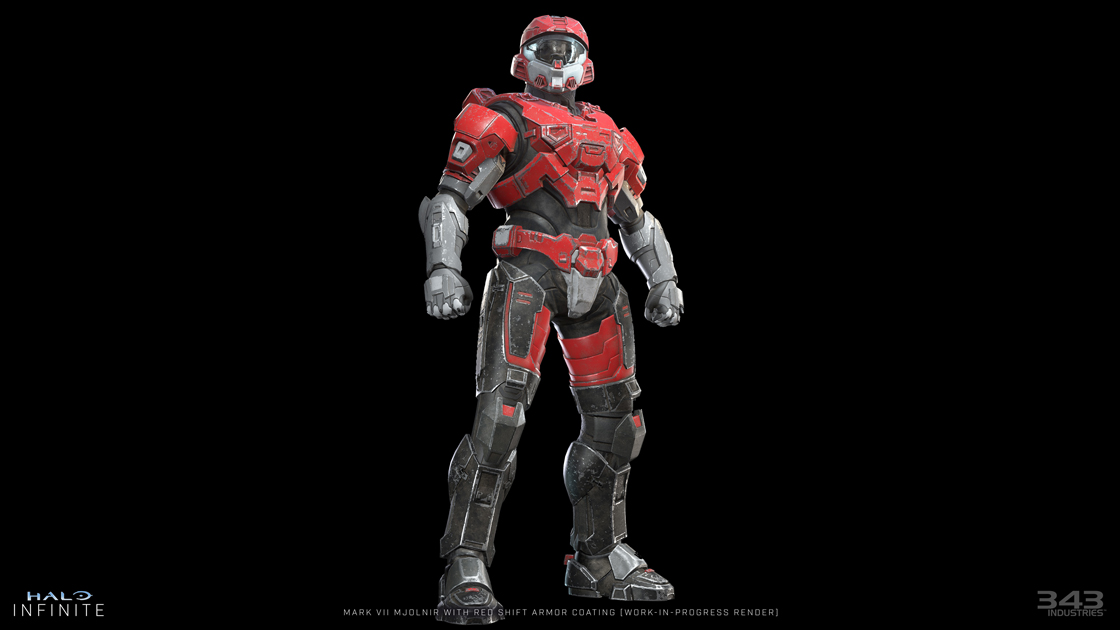 The highly-anticipated Halo 4 flight – with crossplay – has made its way to Halo Insiders, our online esports events remain a staple of Halo entertainment in multiple regions, Halo 5's birthday celebrations continue, and we get a closer look at the coating system in Halo Infinite. Now that you know what to expect at a high-level, let's kick off this Community Update! 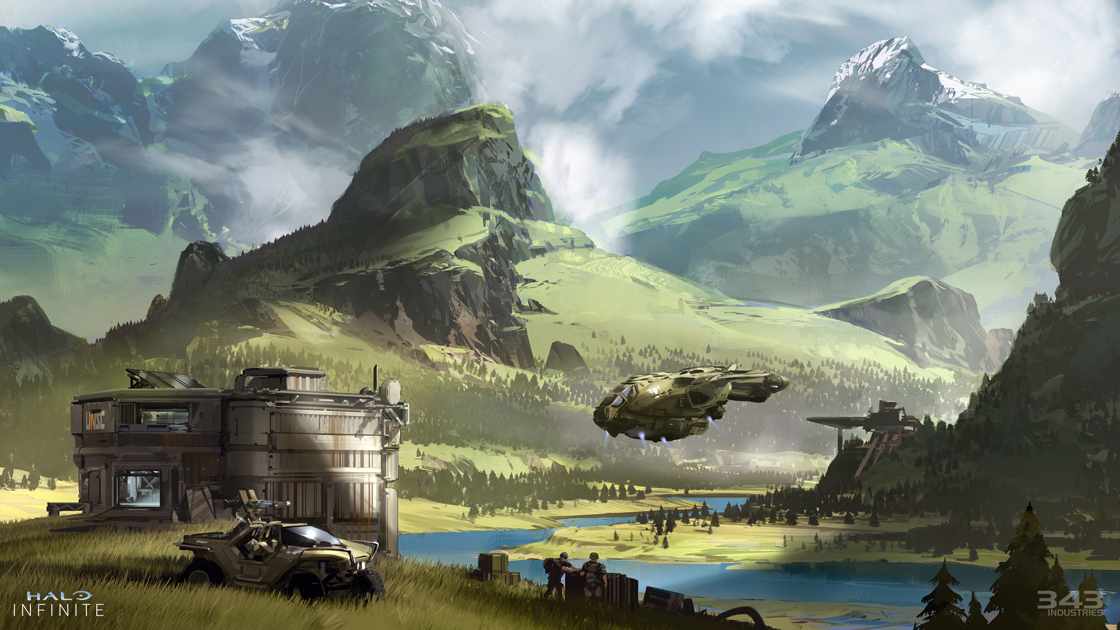 We're back with one last Community Update before the holidays! In today's post you can expect to hear from the people that bring Halo to life, what they worked on this year, and even get a few hints at what to look forward to in 2021. It's going to be a great way to close out the year! 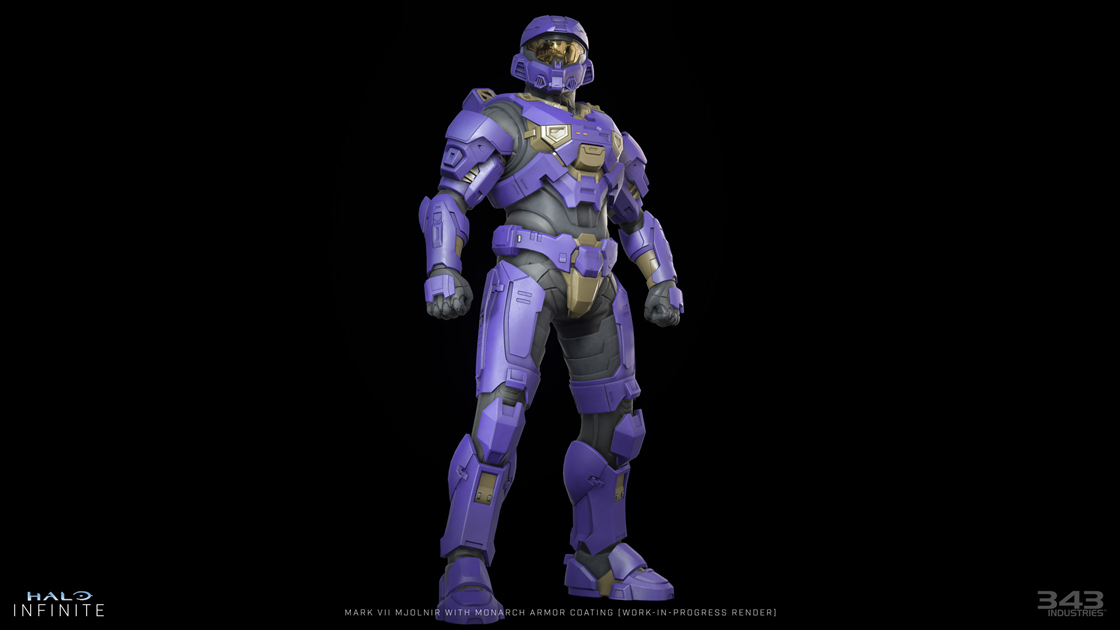 Wake up, John! Halo 4 is working its way to our Halo Insiders, esports competitions are going strong, Halo 5 is in the midst of a month of Global Double XP, and we get a closer look at an in-game item from Halo Infinite. There is a lot to cover, so let's dive straight into our latest Community Update!