Over the course of the European Summer 2016 Season in the HCS Pro League, it has seemed like there are almost two divisions: FAB Esports – formally known as U4X – and everyone else. While defending Halo World Champions CLG have gathered the lion’s share of top-contender attention, FAB Esports have in many ways quietly put together the most impressive display of any team in either HCS Pro League region. FAB Esports easily topped the season standings at an undefeated match record of 10-0, losing only four individual games throughout the entire Summer campaign. Meanwhile, the rest of the standings were hotly contested all year, with every other team ending the season each only separated by one match. In the end, it was Infused, XMEN, and Vibe that earned the right to join FAB Esports in the Finals, leaving Dinosaurs and Pulse fighting for their HCS Pro League lives this Saturday in the Relegation Bracket. Here’s how the schedule breaks down for all of this weekend’s action:

You can check out all the action from our live studio audience by purchasing tickets here, but if you can’t be there in person, you can catch it all streamed live on Twitch.tv/Halo and Halo.gg.

July 23, 1 p.m. BST/5 a.m. PST – Dinosaurs and Pulse, who finished 5th and 5th respectively in the Summer 2016 Season, will face off against the top two teams from the EU Open Circuit Finals in a best-of-seven double elimination Relegation Bracket to determine who will take the final spots in the Fall 2016 Season. 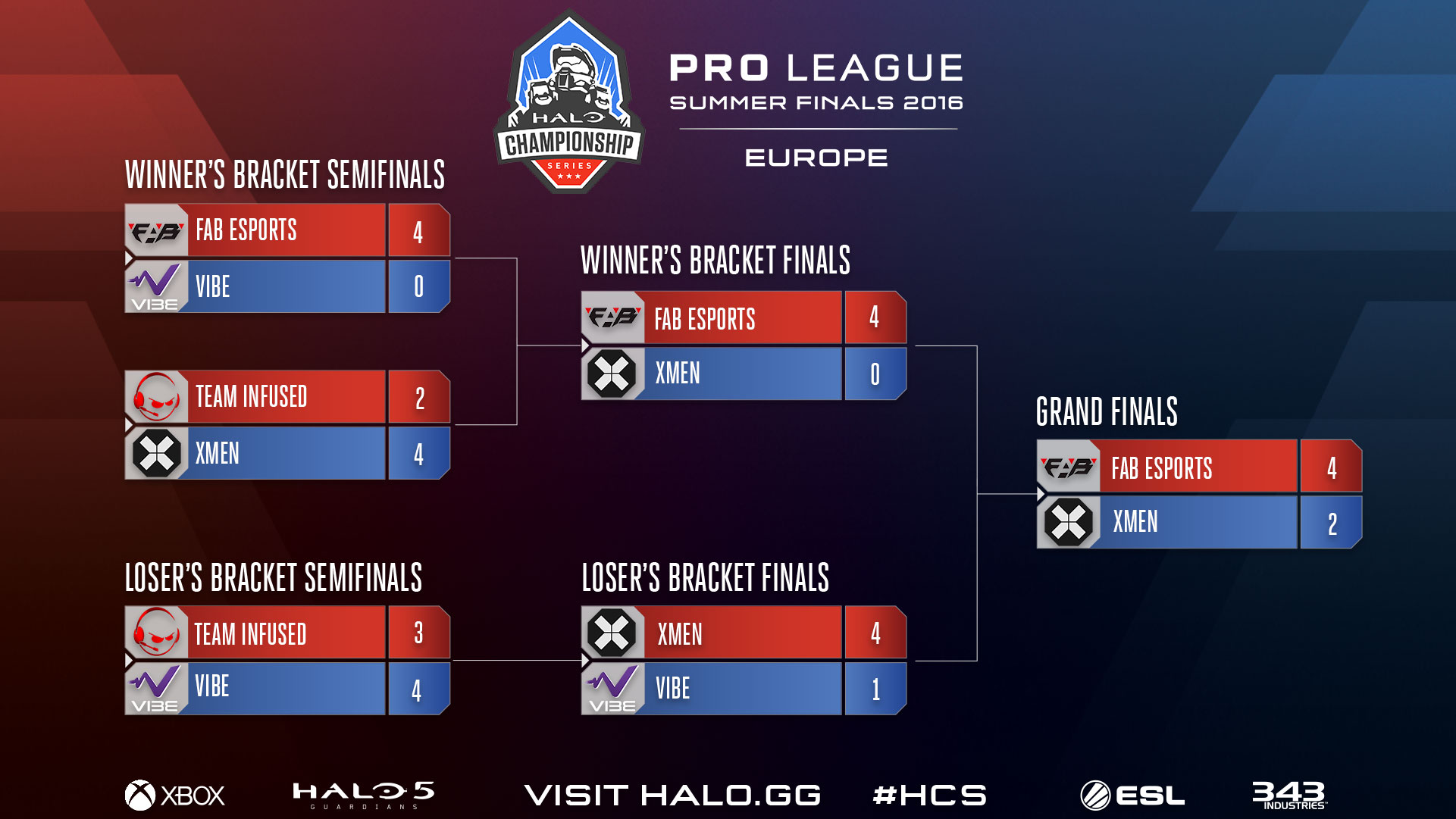 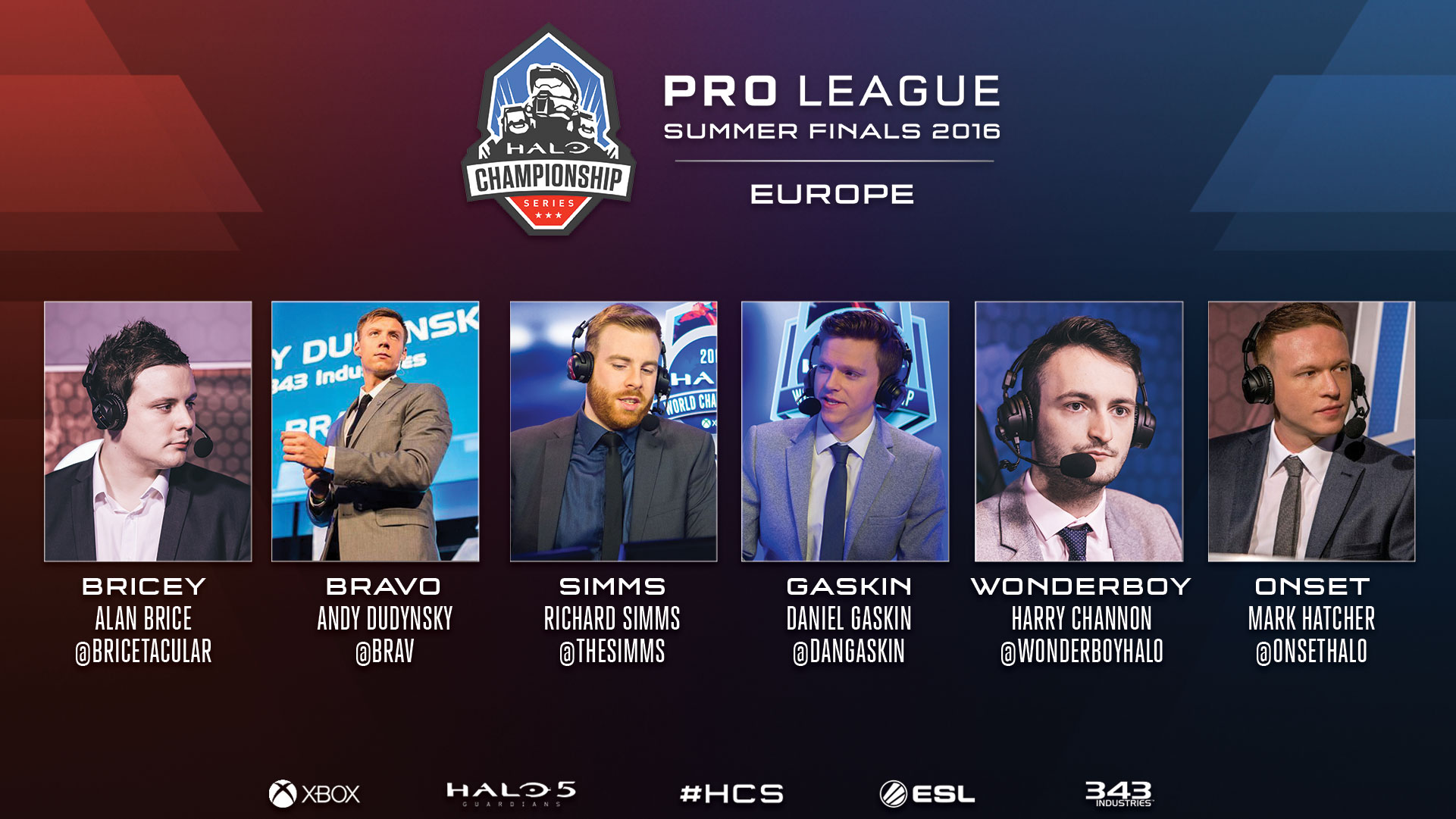 Calling all the action will be an all-star squad of casters and analysts: Alan “Bricey” Brice, Andy “Bravo” Dudynsky, Richard “Simms” Simms, Daniel “Gaskin” Gaskin, Harry “Wonderboy” Channon, and Mark “Onset” Hatcher all bring an incredible wealth of knowledge and experience to the booth, giving viewers and attendees an exciting inside glimpse into top-level Halo play. We caught up with Gaskin and Wonderboy to get their thoughts on the top four players to watch in the Finals, and what difference they might make.

Respectful – “Arguably the best player in Europe right now. After a disappointing end to EMEA finals and not reach the Halo WC, Brandon has shown the desire and passion to keep fighting to be at the top. He had the best KDA in Europe's regular season of Pro League and if he continues his performances on LAN, FAB Esports should breeze the finals.”

Mose – “I could probably name all 4 FAB Esports members but I feel Mose is another who we need to watch. He's not had the best history with LAN events, excluding the UK finals before EMEA's where he placed second. He has been on several teams that have

fallen short of expectations after incredible online performances. He has been considered one of the best 'online' players for a while now and I believe he's finally about to leave his footprint on EU Halo.”

SeptiQ – “Another player who was on the Dignitas lineup who fell short at EMEA's... But that's not the reason he's the one to watch. SeptiQ decided to leave Halo expecting a move to the US, when that didn't go to plan he returned half way through the season and brought Vibe (who were the Realest Tins) out from the depths of relegation.”

Ramirez – “Ramirez could have easily found himself in relegation with his Realest Tins lineup which just weren't clicking. During the transfer period he was given a mighty gift when TuFoxy left XMEN, giving him chance to move onto a team which he was better suited to. Xmen expected to dominate with their initial lineup and it was clear they were lacking that player who will die for the cause, do anything to win and add a bit of passion to the team. If Ramirez plays well XMEN could well challenge FAB Esports but if he falls short of what he's capable of, I fear XMEN could struggle against all teams.”

Respectful – “The guy is easily the best player in Europe right now. Absolutely dominating the regular season and elevating his squad to a 10-0 undefeated season online. He's my number 1 player to watch because of that: we need to watch him because it’s vital that he mirrors his online performances in order for his team to take home the W at season finals.”

SeptiQ – “SeptiQ is just a special talent. There is no other player in Europe I could think of that could do what he did, turning around Vibe's miserable first-half season performance and somehow escaping relegation on the very last match. A very easy player to watch because he does everything right; combines solid fundamentals with a sound shot, and is just a big game player in general.”

Mose – “Somewhat overlooked due to teammate Respectful's performances, Mose has been an outstanding player for his squad. Despite the majority of the attention being given to Respectful, Mose is actually the highest scoring European in the Fantasy league, and his post-game stats often speak toward that very fact; consistently chiming in with kills and objective work no matter the gametype.”

Ramirez – “Ramirez has found a new lease of life on XMEN and put up absolutely stellar performances so far during his short reign as the team's captain. A player often overlooked and jibed for poor performances, looks to have made a complete turnaround and is often found at the top of the leaderboard; and when he isn't found there, he's often found enabling the other 3 superstars on his roster to take the limelight. It's key for Ramirez to play well if XMEN want to challenge for the crown as he is the glue that holds together this potential-packed XMEN roster.”

As always, for all the latest updates on the Halo Championship Series, follow @HCS and @ESLHalo on Twitter. 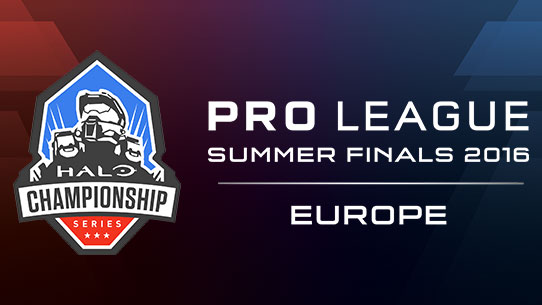 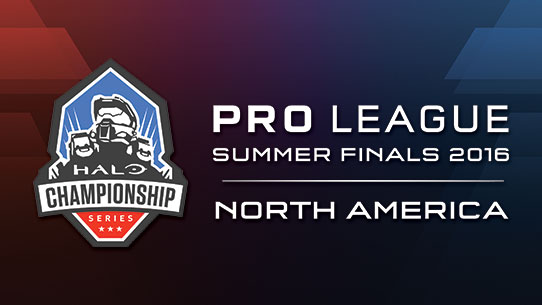 The Summer 2016 Season’s top four North American HCS Pro League teams – CLG, Enigma6, Team EnVyUs, and Cloud 9 – will battle it out in front of a live studio audience at the Novo Theatre in Los Angeles, CA for Halo esports glory in a best-of-seven double elimination tournament to determine the Summer 2016 champion. 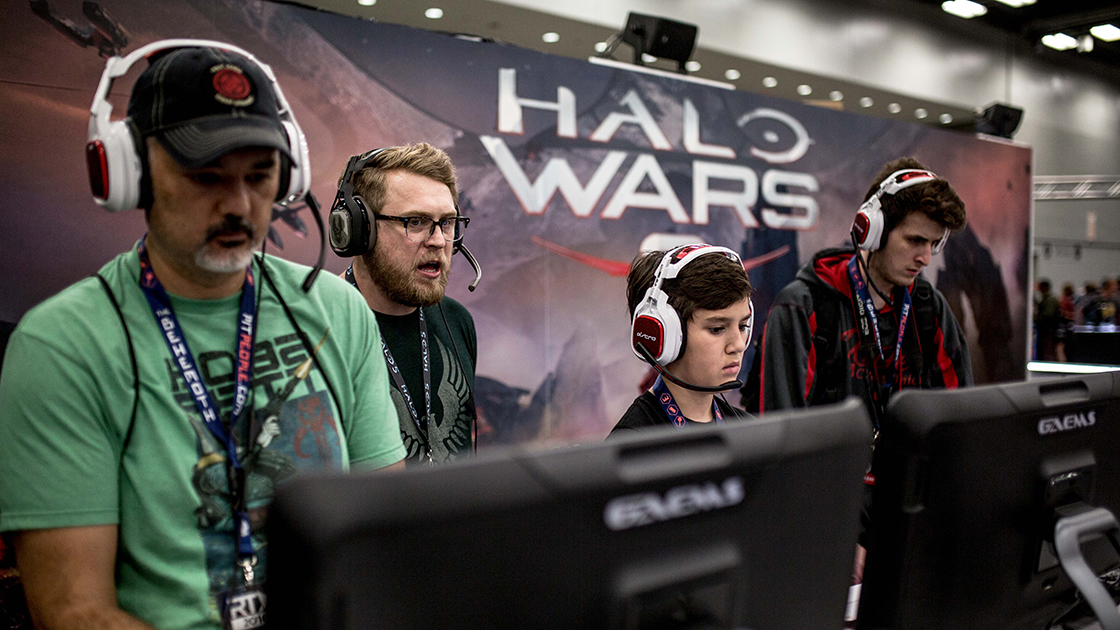