Last Friday we released a blog detailing our plan to update the tournament settings for the next season of the Halo Championship Series, which you can read here: https://www.halowaypoint.com/en-us/news/hcs-2018-settings-update. For this week of the settings update process, we had two main objectives to tackle: Forge maps and continuing the exploration of removing the Spartan Charge and Ground Pound Spartan Abilities. Overall, we’ve made great progress towards these two objectives and we owe a thank you to everyone who joined us in the public playtests held by StrongSide each day. Your participation and feedback has been instrumental in shaping the decisions we made, and today we’d like to share an update on the outcome of those Forge map and Spartan Abilities playtests.

Without further ado, let’s dive in.

We first want to offer a massive thank you to the amazing Forgers that put together the incredible suite of maps we had the pleasure of playtesting this week. In addition to the 7 maps we talked about in last week’s update, we also playtested a few extra maps recommended by pros and the competitive community alike, including a couple remakes of the Halo 2 map Sanctuary. While we wish we could add all of the maps we playtested, we had to narrow the field down as w e could only fit a certain number of maps. After a week of thorough playtesting, we whittled down the pool to the two most viable candidates to officially add to the tournament rotation and move forward into the final polish phase. 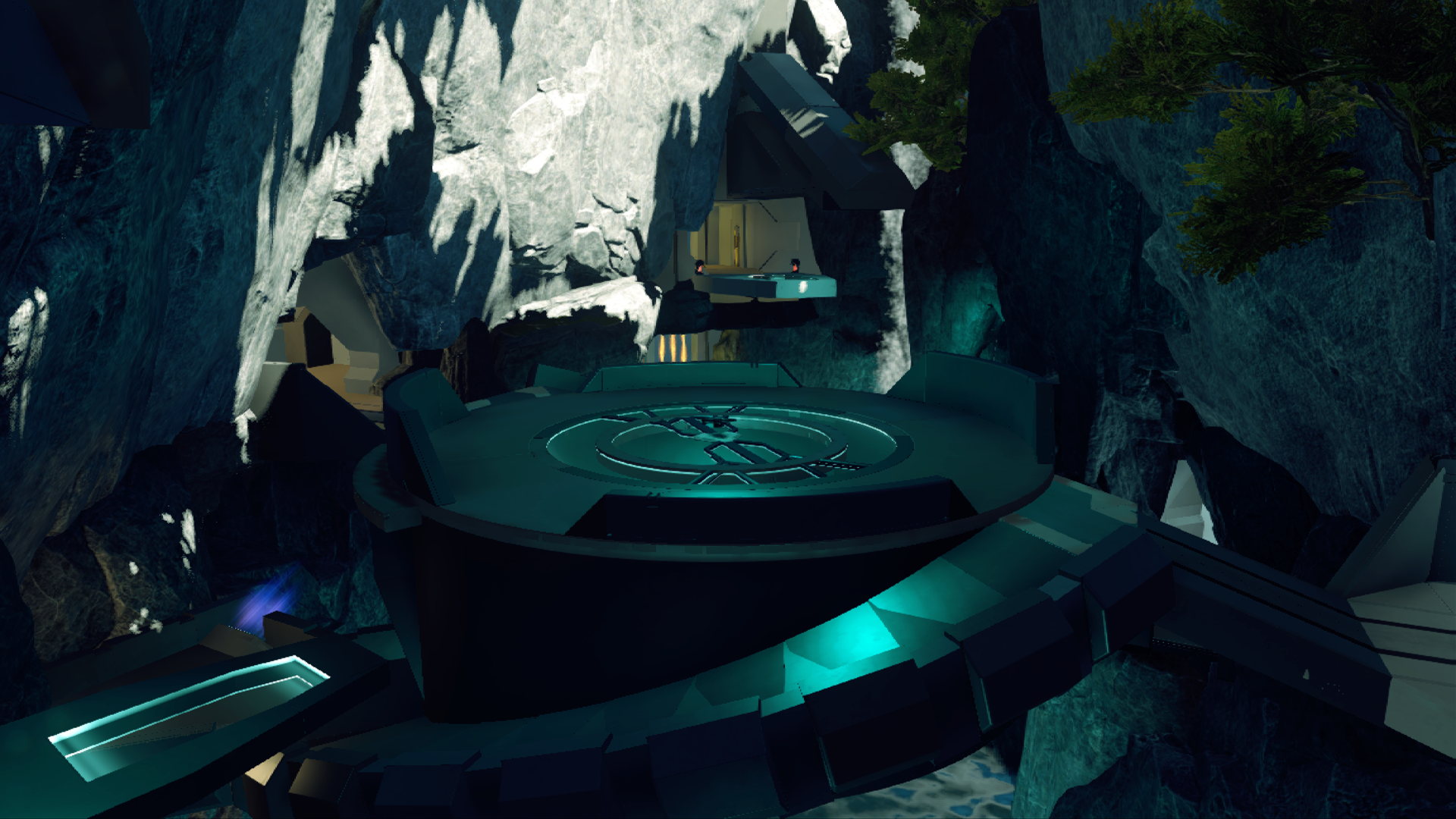 The first map to be officially added to the tournament rotation is Fissure by N3gat1ve Zer0. Right out of the gate, we knew this map was going to be a contender and it was definitely a favorite amongst the players that joined us for the playtests. We think the map suits 8 players really well, and has a great combination of open sightlines and distinct “bases” for teams to hold as power positions. In terms of modes, we think this map plays well for Oddball, but we’re not quite ready to lock in which modes it will officially be played on just yet so it might expand to play on more modes. We need to ensure the entire map rotation for tournament play has the right overall balance of maps and modes without throwing too many in total at HCS competitors.

Gameplay flow is absolutely crucial but as we mentioned last week, it’s also important that the framerate is rock solid and the map is aesthetically pleasing for viewers at home to enjoy. This map shines aesthetically, and has a solid overall framerate but will see improvements (to framerate and more) over the next few weeks as we begin the final polish phase on Monday.

We’re really excited to have this Fissure join the official rotation, and you’ll see it hit the HCS matchmaking playlist in the coming weeks! 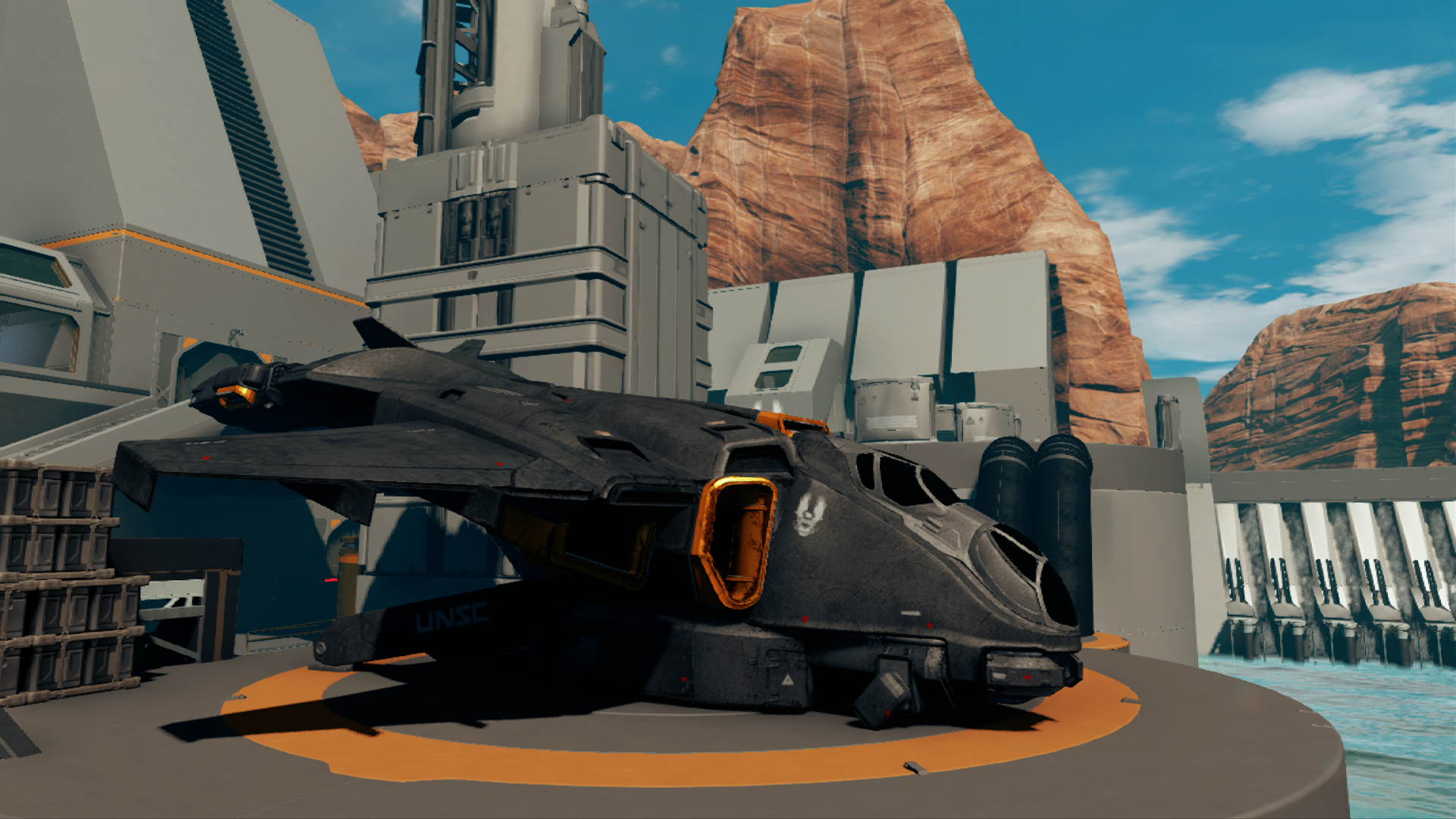 Like Fissure, the map size is just right for 8 players but in terms of gameplay, it offers something different. Traversing the map is very intuitive which is key, but it also offers jumps, ledges, and routes for competitors to discover and master as the season progresses. Like Fissure, we’re still locking down which modes will be run on it officially, but we’re currently looking at Strongholds and Oddball.

Players who joined in on the playtests also told us they liked the sightlines, the various routes that the map offers, as well as the setups that the map supports for Oddball.

Again, stable framerate and aesthetic quality were important to us when we made the final decision and we’re pleased to say this map meets both criteria exceptionally well. This map will also be joining the matchmaking playlist in the coming weeks as we conduct final tests for polish.

With the goal of slowing down gameplay a bit and reducing “snowballing” during tournament matches, we explored removing Spartan Charge and Ground Pound from the suite of Spartan Abilities. After many internal discussions and playtests, we then decided to publicly test this change which started on Wednesday. Following those public playtests and further internal discussions, we’ve decided today to officially remove Spartan Charge and Ground Pound from HCS competitive play.

Removing or tweaking abilities is a substantial change as this has a fundamental impact on gameplay, and the decision is not something we take lightly. We’ll be closely monitoring test gameplay and feedback regarding these changes throughout the remainder of the offseason while the settings update process continues and will continue to monitor once official tournament play begins in June.

We’ve also received questions about the other abilities within Halo 5 and the potential to tweak those as well. Overall, the HCS settings are seeing a dramatic overhaul compared to last season and exploring the removal of even more changes, especially something as fundamental as the remaining Spartan Abilities, will require deeper exploration and extensive testing to ensure the outcome meets our goals. We want to also be cautious of making too many changes to core gameplay mechanics as there could be unintended consequences.

As we mentioned in the blog last week, Halo 5 has seen a vast number of updates to add new content, fix bugs, and improve the overall experience of the game. Today however, the reality is that the game development team is focused on the next Halo title and given current resource constraints, we’re unable to make major changes to abilities, test them internally, package it up and release it to the world. With existing tools, the only major changes we can make would be to turn them on or off (like we’re doing with Spartan Charge and Ground Pound). With much more testing planned for Forge maps, Oddball, and other tweaks on the way, further Spartan Ability tweaks are just out of scope at this point in time.

We believe both the addition of Forge maps and removal of Spartan Charge and Ground Pound are big steps towards resolving some of the reported issues that were present in previous seasons like players using these abilities outside of their intended roles to traverse maps too quickly, escapability, as well as overall pacing. We’re excited to continue the settings update process as we narrow down maps for Oddball as well as make improvements to maps like The Rig and Plaza.

As a reminder, these changes are just isolated to official HCS tournament play and the HCS playlist.

If you’re looking to participate in playtests, be sure to reach out to @StrongSide on Twitter and send a message to “StrongSide” on Xbox Live. Thank you again for your feedback and support and as always, follow @HCS for the latest on Halo esports. 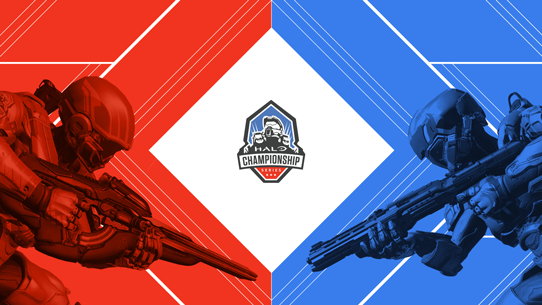 A few weeks ago we shared the first details on the upcoming 2018 season of the Halo Championship Series. Today, we’ll be sharing more information about each event including formats and roster deadlines, online tournament information, and more. Let’s get right into it.

Last week in an HCS forum post, I mentioned that we had received reports of Oddball and CTF Refuge matches taking far too long and ending based on time rather than score more often. We didn’t want to be reactive because the settings had just come out so we’ve been monitoring feedback and data. While we didn’t want to be reactive, we also didn’t want to wait too long and knew we had to make some decisions before the big event in New Orleans. We’ve been reviewing data based on Champion rank play...