The first true steps towards the upcoming Halo World Championship were made in sunny Florida at the HaloWC 2018 Orlando Open. It was a weekend filled with warm weather, wild finishes, and wowed crowds as MLG and Halo made their triumphant return to the competitive scene via dramatic entrances and a furious finish. In the end, while only one team could lay claim to the event’s title crown, every fan of Halo esports was able to come out of Orlando with a huge win of their own, whether attending in person or following along online in a variety of ways.

In the Open Bracket, a massive field of talented teams battled their way for right to join the fray in the Championship Bracket. When all was said and done, Fyra Gaming, Wisefrag, Tilted Towers, Wise Gaming emerged from the fracas victorious and looking to make their mark with the bigger teams in Group Play, while The Swindle Squad, Cutting Edge, Fable, and Myztro Gaming earned the right to keep their tournament hopes alive by earning wildcard spots in the Elimination side of the Championship Bracket. The latter two squads - particularly when paired with Team Infused's performance in Champ Bracket play - contributed to an overall strong showing for European teams, which, while ultimately falling short of their desired goals, still proved an invaluable tune up for the upcoming London Finals. For complete results, you can check out the full bracket HERE.

While the amateur teams clashed in the Open Bracket, pro teams kicked off the tournament with group play, with the best all jockeying for position to set themselves up best as possible for a late tournament run. As many expected, this round saw Splyce and Team Infused come out of Group A alongside OpTic Gaming and Renegades in Group B, Team EnVyUs and Oxygen Supremacy in Group C, and Reciprocity and Str8 Rippin in Group D. These teams would go straight to the winner’s side of the championship bracket, setting them up nicely for the challenges ahead. 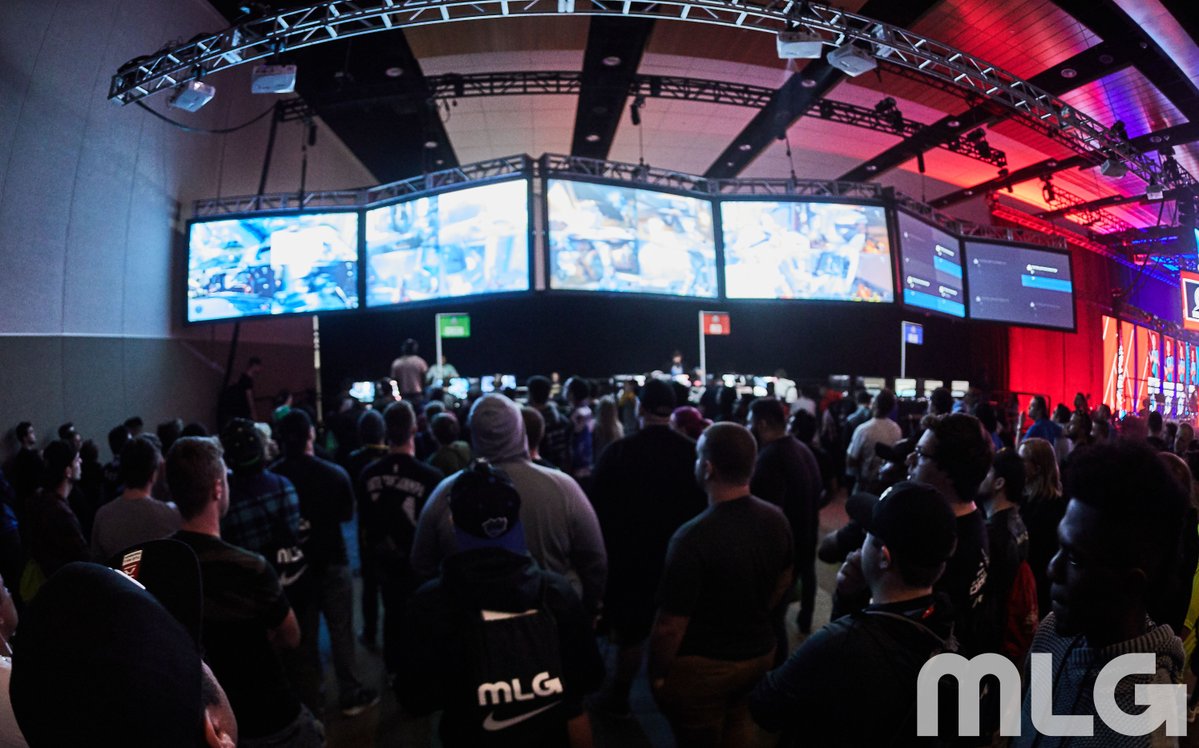 Following a grueling series of matches in group play, top squads battled to put themselves in the best position possible heading into the Championship Bracket. Fans both at the venue and tuning in on broadcast were treated to countless memorable moments including Infused taking a game off Splyce, a strong showing by the new Renegades lineup, and the nV evolution rolling to the tune of a 15-0 map win record to open their Championship Bracket play. While nearly all of the individual matches themselves were fiercely fought and tightly contested affairs, it didn’t take long for the class of the field to begin making themselves known.

As the Winners Bracket began to pare down, the top four favorites found themselves facing off at the sharp end of the field. Splyce came through with an emphatic sweep of Reciprocity, a battle between two squads looking to take their spot at the top of the heap. What got the crowd whipped up into a true frenzy however, was an unprecedented sweep of OpTic Gaming at the hands of Team EnVyUs – the latter squad’s new lineup making an undeniable statement in the process.

Lest the competition forget, the #GreenWall is not toppled so easily, and the stalwart squad took out their frustrations on the rest of the Elimination Bracket, culminating in a dominating victory of Reciprocity followed by a revenge-fueled win over nV in the Elimination Finals which set up a date with Splyce for all the marbles. 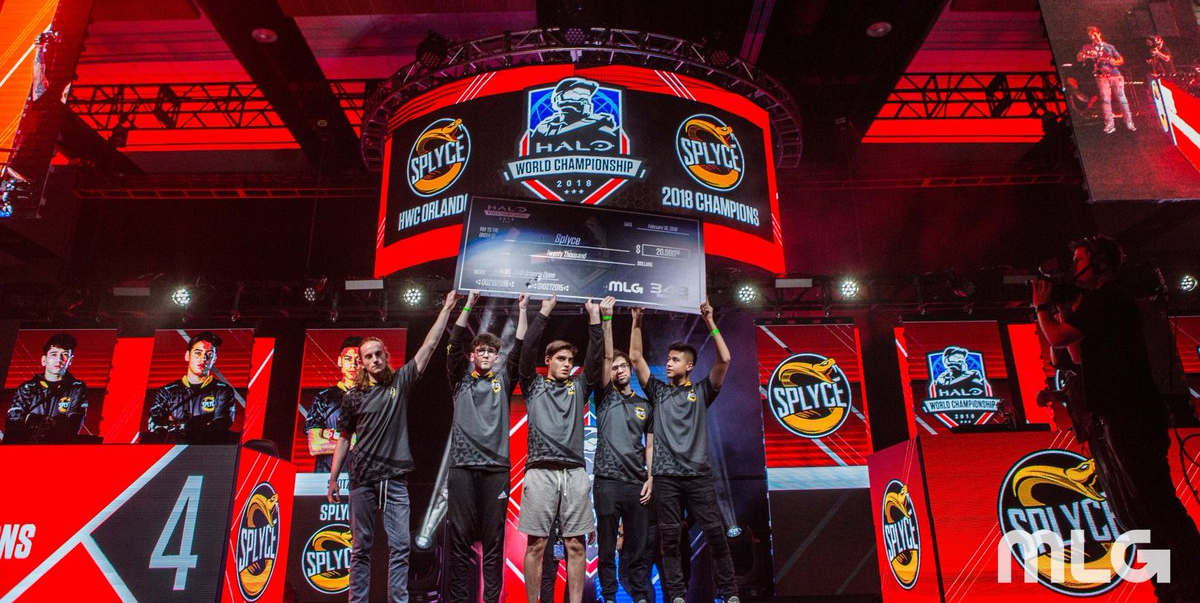 Splyce however, was in no mood to lose their marbles, and jumped out to an early series lead against OpTic in the Grand Finals thanks to a performance reminiscent of their HCS Summer 2017 Finals title at DreamHack Atlanta. Though OpTic would battle back to take two games from the young snakes, it would prove only a temporary setback, as Splyce slayed their way to an overall dominant 4-2 series win. The victory certainly put the rest of the field on notice, and sets up Splyce in the driver’s seat for a potential world championship run. If you missed the action live, check out the replay of the Grand Finals right HERE.

All in all, it was another incredible step for Halo esports, as the HaloWC 2018 Orlando Open marked the foundation of a new era – one both steeped in history, but with an eye towards the future. Up next is the HaloWC 2018 London Finals, where the best teams in Europe will battle to earn their spot in the World Championship Finals in Seattle. 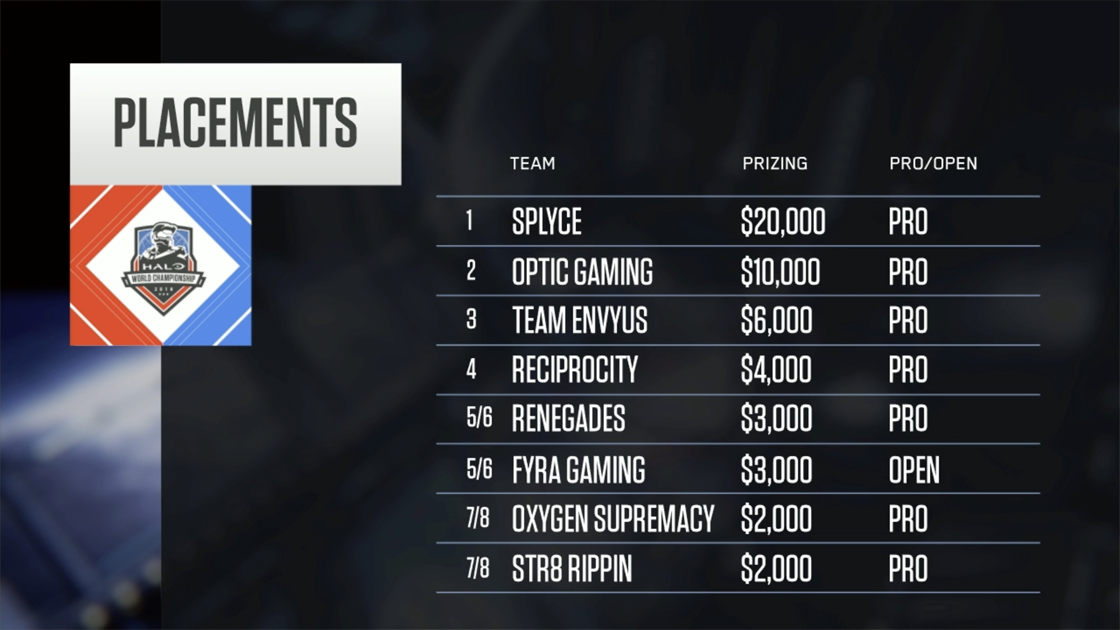 The Free-For-All tournament began with a massive 300+ competitor field, but end to end, GoldStarBR stood atop them all, taking home not only the top monetary prize, but also became the first player to qualify for the HaloWC FFA Finals in Seattle this April. 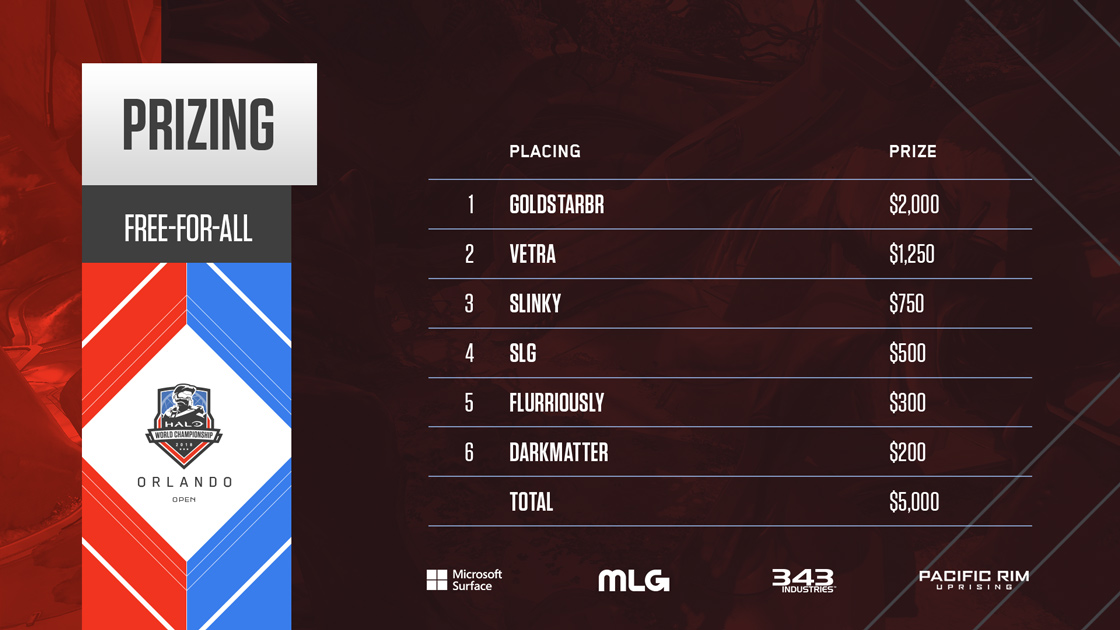