The specter of North American squads not holding the home field advantage creates a litany of intriguing storylines and lingering questions. Will travel and time-zone transitions put top teams at a big enough disadvantage to shake things up? How will the European teams respond to the sudden need to defend their own house? The answers to these musings and more lie ready and waiting to be unearthed as the Halo Championship Series returns to the magnificent Gfinity Arena for a monumental mid-point mark in the 2018 season.

For in-depth information on event details, travel, and more, make sure to head over to the official Event Hub at halo.gg/hcslondon2018.

The HCS London broadcast will of course bring you all the action taking place on the Main Stage but will also feature live check-ins to other featured stations, red-zone style, providing viewers at home with more robust coverage of the most important matches happening at that moment. As always, HCS London will feature a world-class lineup of outstanding Halo broadcast talent, showcasing some of the finest casters and analysts in the sport.

And of course, in addition to the on-air talent, we’ve also got another stellar observer team that will be 100% dedicated to bringing viewers at home the absolute best experience possible. The incomparable Harry “Wonderboy” Channon is joined by Richie “Sherzy 1” Sheridan to provide viewers with enhanced angles and perspectives, bringing Halo esports to life in brand-new ways. 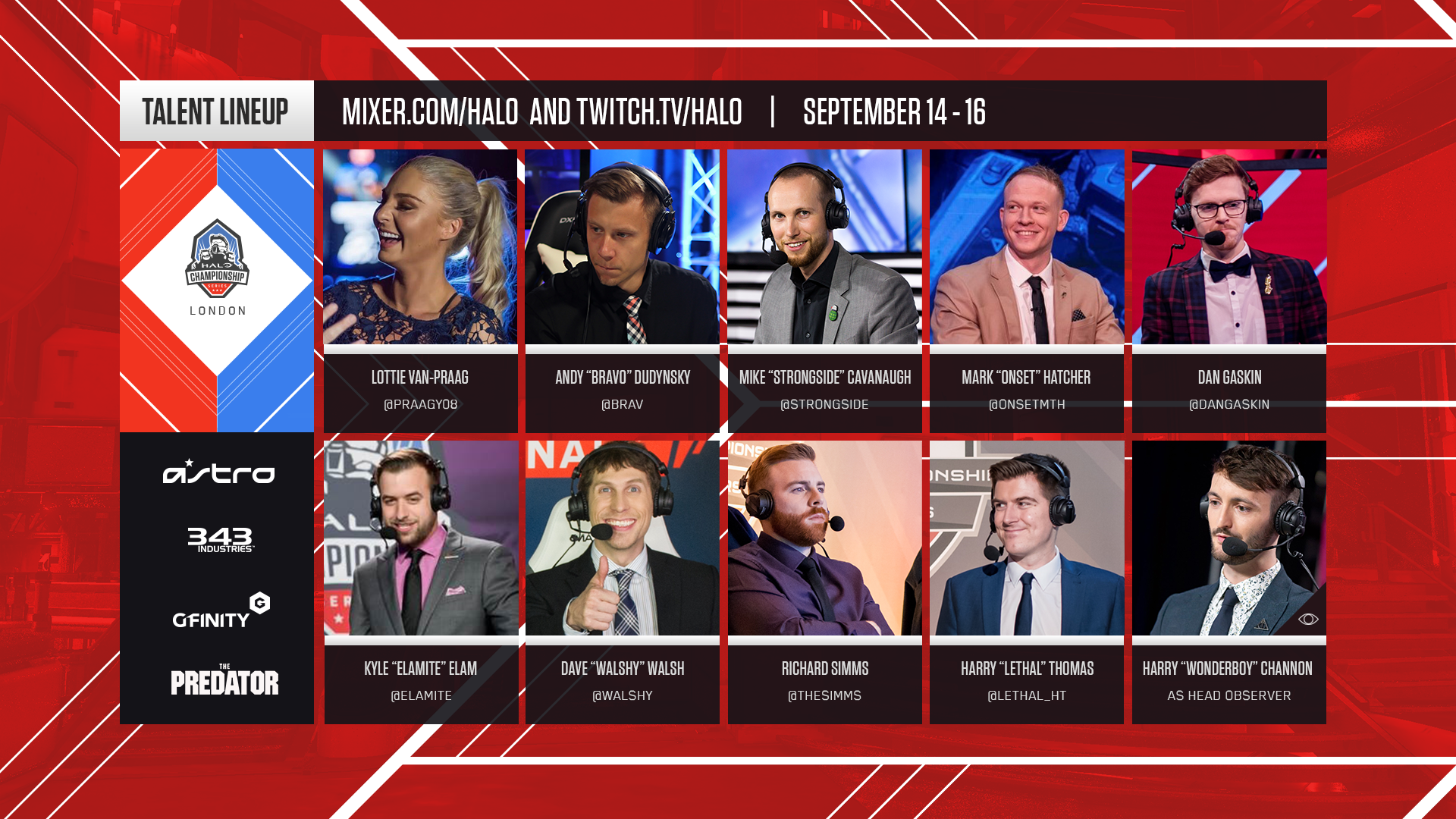 Like New Orleans, the format for this tournament will feature a 16-team group stage, an open bracket, as well as a final championship bracket to crown the champion. With the tournament taking place on European soil, the big key difference is the regional qualification breakdown:

12 teams have been qualified directly into groups play based on a combination of results from both HCS New Orleans and performance in the online 2k tournaments leading up to the event.

In addition to the 4v4 action on hand, HCS London 2018 will feature a $5,000 FFA tournament taking place on Saturday, with action culminating in a 6-player Grand Finals event that will kick off our Championship Sunday broadcast slate. 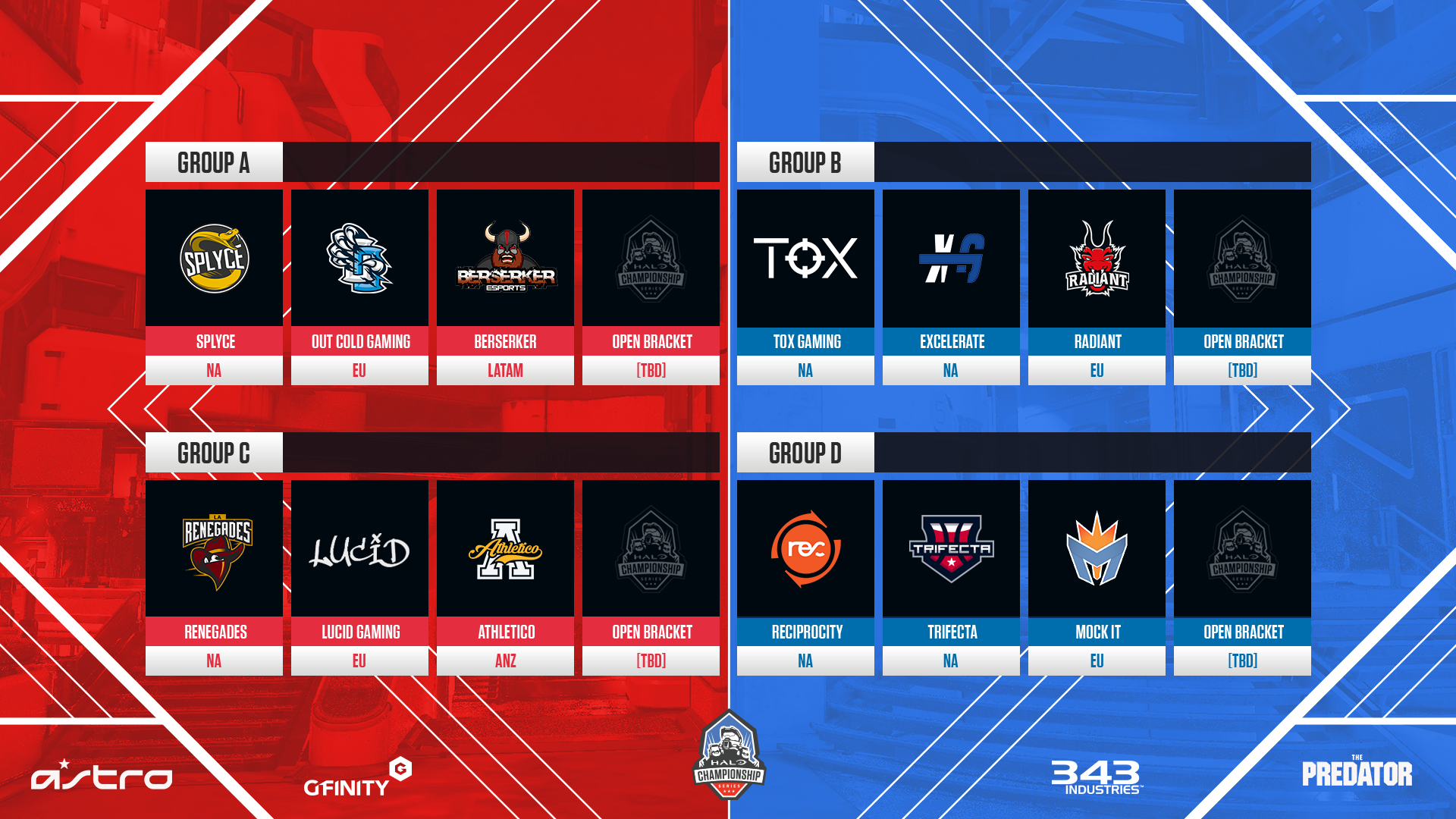 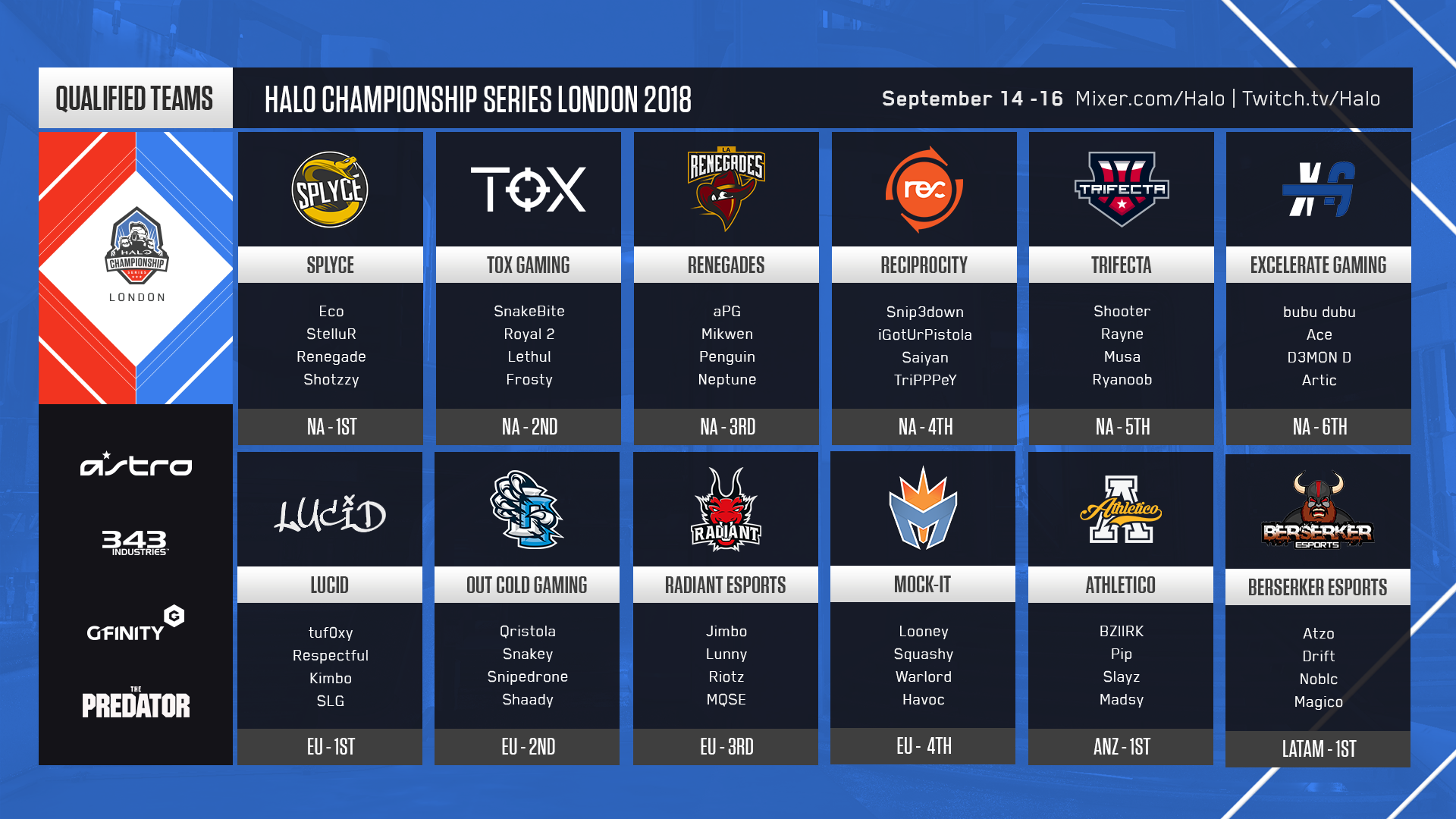 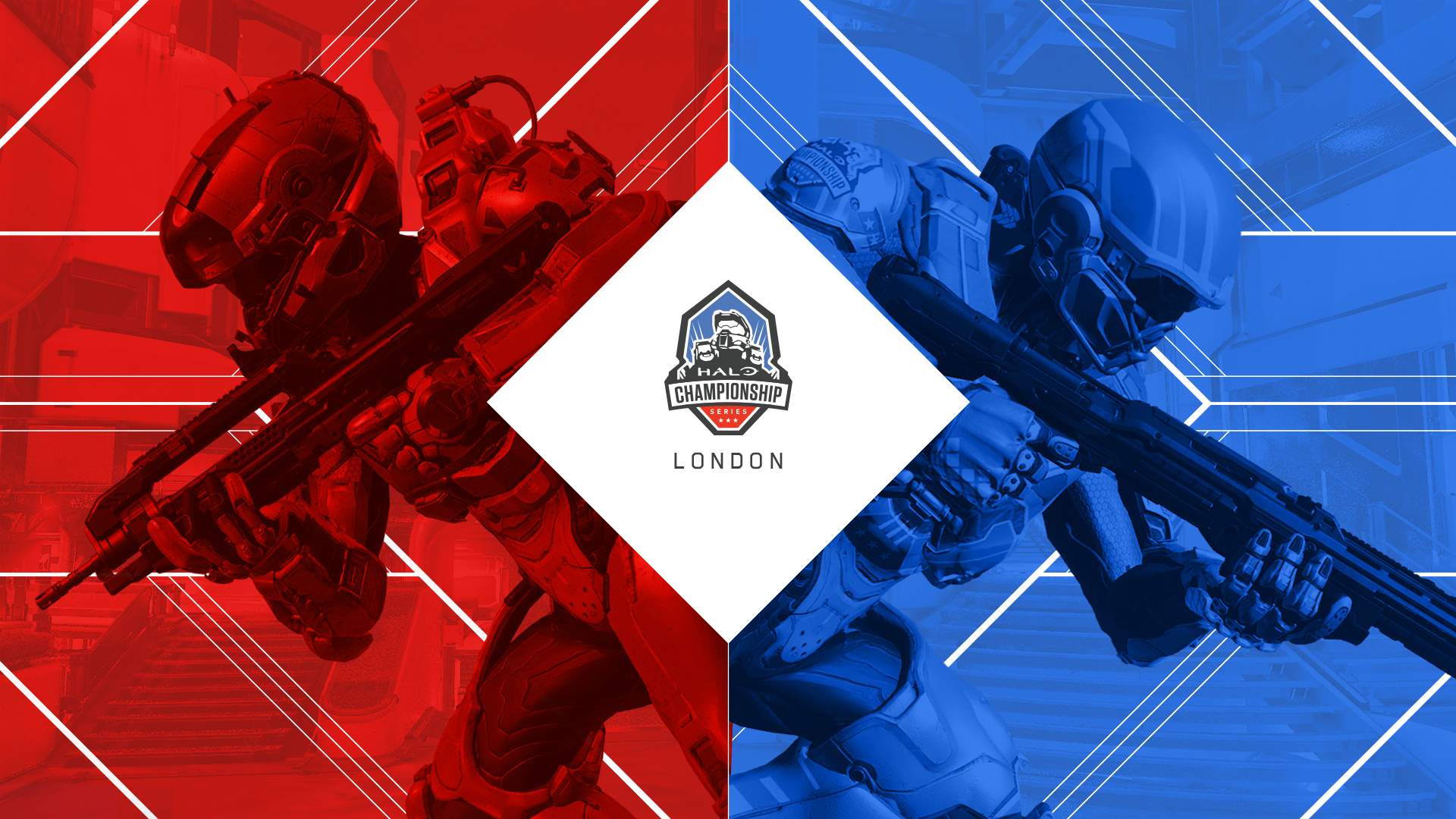 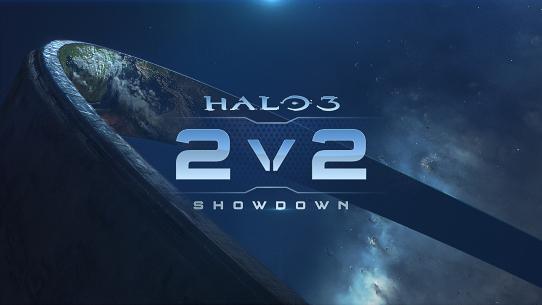 While the eyes of the Halo esports community is firmly set towards the United Kingdom this weekend, there's still no shortage of excitement building for the HCS 2018 Finals at DreamHack Atlanta this November, particularly in regard to the Halo 3 2v2 Showdown that will be taking place along side the Halo 5 championship action that weekend. Just yesterday, we unveiled a ton of new info for the tournament including details on settings, format, registration, qualifying and more. Make sure you check out all the info HERE.

HCS London is primed to deliver another milestone moment in the annals of Halo esports. The action is nigh upon us soon, and we’re excited to share every moment of it with you! For all the latest on the Halo Championship Series, keep it locked to Halo.gg and follow @HCS and @Gfinity on Twitter. Plus, check out the awesome community-curated Halo Data Hive for updated player stats and match results. 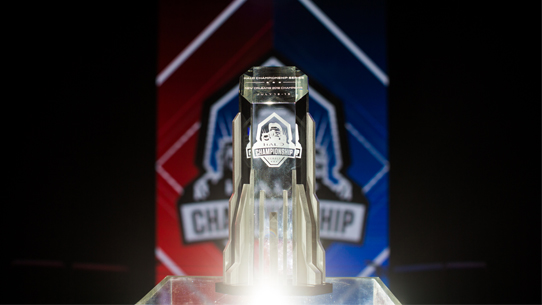 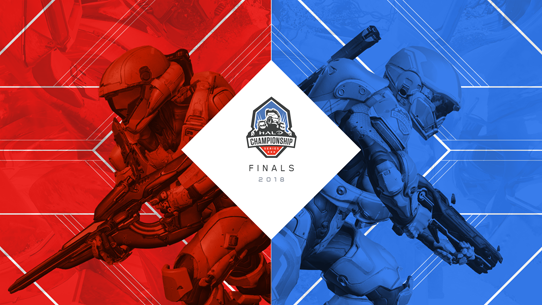 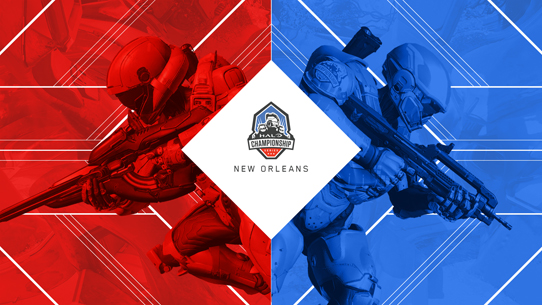 With the dust of the Halo World Championship firmly settled, and the spectacle of Splyce’s dominating run in our collective rear-view mirrors, all eyes have turned towards the Gulf Coast, where the next chapter in Halo esports looks to unfold at HCS New Orleans 2018 by MLG.