This past weekend, Iron Gaming hosted the first ever Halo Championship Series in-person LAN event. Columbus, Ohio was the battleground and teams from all over the country competed for a $15,000 prize pool and a chance at 3,000 HCS points. As expected, Halo’s top teams were in attendance as well as some underdogs looking to make a splash onto the scene.

Here’s a look at the top 8 results and what they walked away with:

Snip3down of team Evil Geniuses was MVP of the tournament, as voted for by the fans. 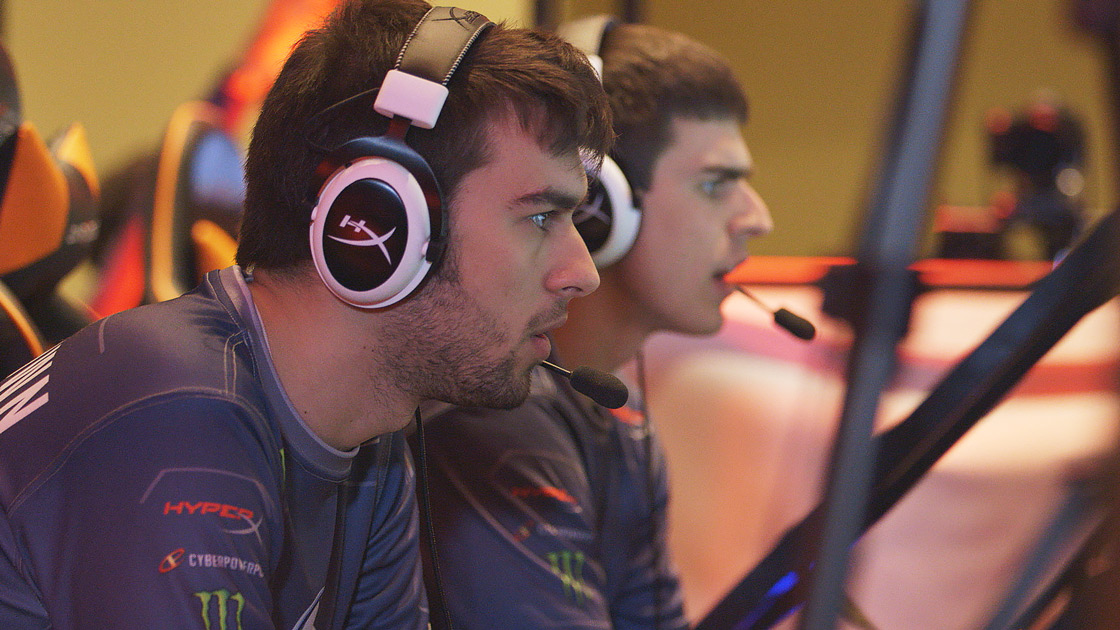 The captain of Evil Geniuses, Snip3down

After an early exit from the first HCS Online cup by Evil Geniuses, Counter Logic Gaming was looking to exact their revenge when these two juggernauts met in the Winner’s Bracket Finals. Lead by veterans Ogre 2 and Heinz, CLG was able to come out on top and secure a top-2 finish.

In the Loser’s Bracket, Optic Gaming proved their naysayers wrong by finishing Championship Sunday with strong performances all around. The loser’s bracket finals proved to be an epic showdown between Optic Gaming and Evil Geniuses. Optic Gaming fell to Evil Geniuses, netting them 3rd place and 1,400 HCS points. 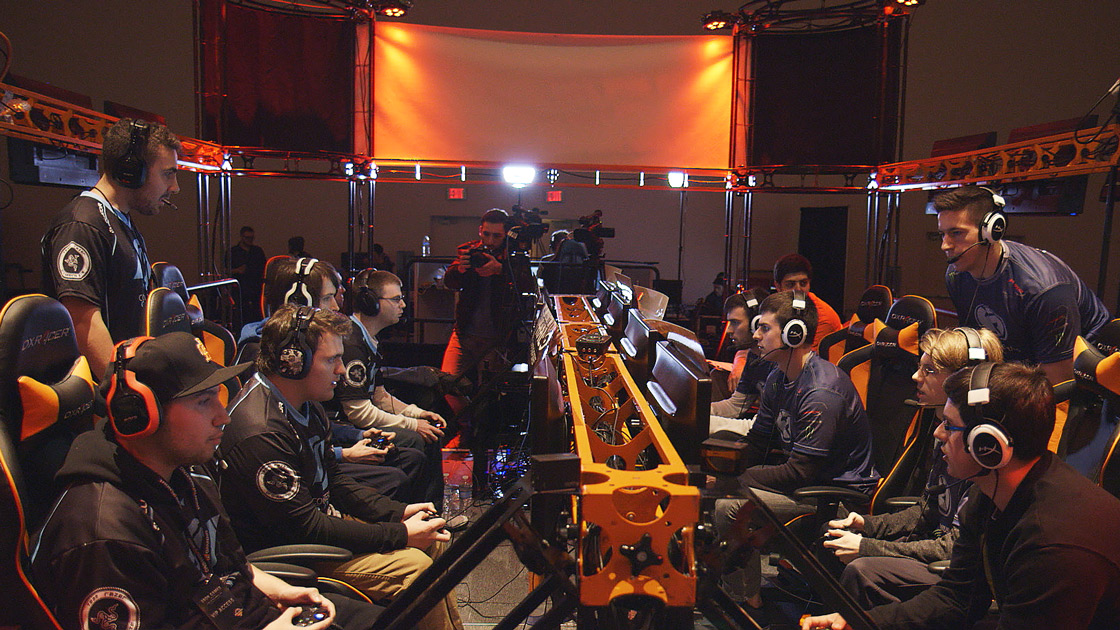 CLG and Evil Geniuses faceoff in the Grand Finals

We caught up with Counter Logic Gaming (CLG) after their big win, below is a transcript of our interview on Skype.

HCS: First off, congratulations on the big win at Iron Games Columbus this past weekend. Going into the event, what were each of your expectations?

Heinz: We were definitely expecting first. We had a lot of preparation and were confident we could beat any team. We knew it would be hard, which it was, but we came through when it mattered on LAN.

Snakebite: We definitely went into the event expecting first place. We prepared a lot for this event and winning the two pre-season online cups helped prove we were ready for the event.

Royal 2: Our expectations were definitely first. We put a lot of time and practice before this event and knew that it would show. You should always come into a tournament expecting to win and nothing else.

HCS: What did it mean to beat EG after they gave you a quick exit from the first HCS Online cup?

Heinz: It was pretty satisfying, not only because they beat us in the first HCS online cup, but because we know how good they are in general. All of those players have been at the top for years, so it was a very tough but enjoyable victory for us.

Ogre 2: We kind of looked at the online cup as a huge toss up, which we happened to lose. Beating them meant a lot because of the team they are and the players on that team, not specifically because of the early meet up in the online best-of-3 cup.

Royal 2: It felt pretty good because everyone was expecting EG to beat us again at the tournament. Us and EG were looked at as the top 2 teams coming in to the tournament and we are also considered rivals. 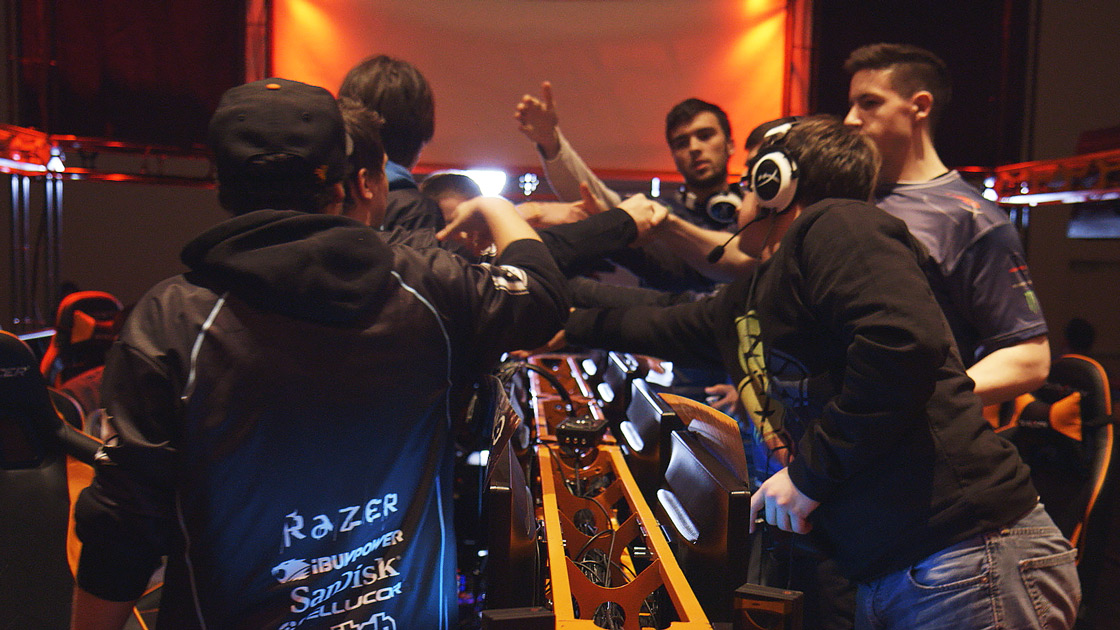 CLG and EG shake hands after the Grand Finals end.

HCS: Any other teams or players you really enjoy competing against?

Heinz: I like playing against Optic. Their play-style is a little unorthodox in my opinion and always keeps me on my toes. I thought they played great this event, especially Aries. He deserves to be on that team.

Ogre 2: Optic is definitely a change of pace compared to the other teams. I would have liked to play a match vs Cloud 9 because of 2 former teammates. :) Maybe next event!

Snakebite: Assault is one of my favorite players to compete against. I've known him since 2008 and we have become great friends outside of the game. He is an amazing player and every time my team matches up against his I know it is going to be a great series

HCS: Who on the team was the MVP for the event?

HCS: Royal 2, were you indeed the MVP?

Royal 2: I would like to think so. In the two series between us and EG, I went most positive combined.

Heinz: It is after all, only about going most positive.

HCS: What did you all think of Royal 2’s sniping performance in Game 5 of the Grand Finals? He seemed to think it wasn’t a big deal.

Heinz: He had a little extra motivation to snipe better this event after the pre-launch tournament and he really didn't miss. A little practice goes a long way!

Ogre 2: He sniped pretty well when we brought snipers to him, so that's a good thing I suppose.

Snakebite: He played amazing in Game 5. We are very confident playing on Shrine with the way he snipes. 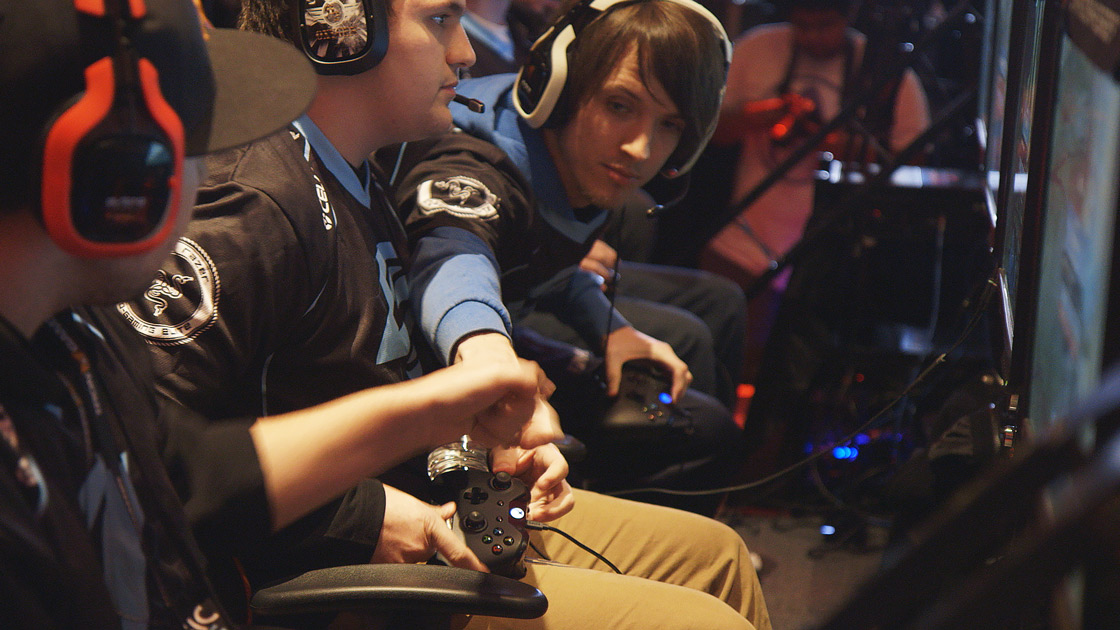 Veteran Ogre 2 acknowledges the play of his teammates.

HCS: Coming out of the event, which gametype do you think you all need to improve on?

Royal 2: Warlord. We need to work on every gametype on that map.

Snakebite: Yea I agree. We need to work on Warlord in general.

Heinz: Warlord King or CTF, but pretty much that map in general. At the pre-launch tourney, we did not lose Warlord once, but lost a lot on Lockdown and Shrine, so we focused on improving those two maps. We played great on those maps, but struggled on Warlord. We need to re-learn it.

HCS: What does it mean to you guys to take home a big win for your new team, CLG?

Heinz: We have gotten a lot of support from the CLG community, so we really wanted to bring home a victory for them. We are so appreciative of the support they have given us in the little time we have been a part of this organization. It'll only get better from here :)

Royal 2: The organization has been around for quite some time, I am extremely happy to bring home a win for CLG, and for the loyal fans.

Ogre 2: It means a lot to be able to bring a win to the CLG organization, but also for me personally to win another event with an entirely new team. Always feels good to do that and prove people wrong :)

Snakebite: It meant a lot to get a win already with this team. The CLG community has shown us so much support so it was awesome to already bring a win to the organization

HCS: Thank you for taking the time to conduct the interview. Is there anything you'd like to leave us with?

Ogre 2: Shout out to my parents who have shown continual support throughout my many, many years doing this. Also to CLG obviously, along with the many sponsors supporting the organization.

Snakebite: Big thanks to all the fans for showing us so much support. CLG for believing in us and the Halo community. And of course, thank you to my family for supporting me throughout the years.

Heinz: Shout out to the CLG org and community for supporting us, the people that are nice enough to watch my stream every day and of course my family for being there every step of the way!

Royal 2: Shout out to my parents who've supported me in my gaming career and knowing how important it is to me, my subscribers in my Twitch chat aka Royal Loyals. Also, our fans, I wouldn't be here without you guys. Last but not least, shout out to Counter Logic Gaming and all of their sponsors.

HCS: Thanks again, and good luck in the rest of the season.

CLG and many other teams will be competing this Sunday in the HCS Online Cup #2. The next in-person LAN tournament is hosted by UGC and will take place in St. Louis, Missouri on Jan. 2 – Jan. 4. Click here for more information on Halo Championiship Series.

We recap the recent in the Halo Championship Series as well give a taste of what's to come in Season 1. 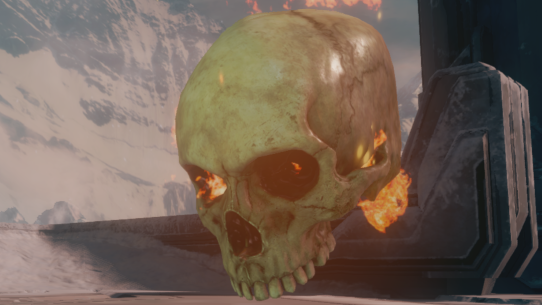