When we set out to design Halo 5: Guardians’ launch playlists, we did so with a simple, focused mission: Keep matchmaking quality high and provide the right amount of variety with both new and familiar gametypes. It’s nice to reduce it to such a simple idea, but as with everything in game design, and after almost 14 years of Halo multiplayer - the right way to reach that goal is different for every player. Some folks like the selection of Slayer and objective playlists from Halo 3, some folks are monomaniacally focused on Team Doubles or Neutral CTF - while others prefer the mode-specific playlists of Halo 4.

To shine a more democratic focus on the initial playlist design, we enlisted the help of the awesome members of the Halo Community Feedback Program. And thanks to their great feedback and passion - we were able to come up with a solid initial selection of playlists that met our original goals of variety, community involvement, and above all - high quality matches where team skill and individual ability are both allowed to shine.

We want to be absolutely clear that the playlist selection in Halo 5: Guardians is going to be a living entity that is fueled and molded by the community.

Very soon after launch, we’ll continue to introduce and layer in maps and modes, as well as fan favorite playlists. We also have more game modes and brand-new maps on the way as we go heads down into sustain mode and will be fully entrenched in our efforts to continually provide excellent new experiences and content in the months and years to come.

Now, as much as we’re taking input from community very seriously, we also realize the tyranny of the majority can lead to unintended consequences, so we’re being hyper-diligent in testing and strategizing the rollout of modes and maps. But we do appreciate direct input, so one other thing that came out of the Halo Community Feedback Program was the idea of a Weekend Social playlist. This is an exciting playlist that gives you the fans, the power to determine what is featured every weekend. So in the coming weeks we’ll be gathering data, requests, anecdotes and ideas – allowing the community to provide the ideas for modes and maps that get featured. Over time, the most popular modes will have a shot at getting their own dedicated playlist as well. On top of all that, the Weekend Social playlist will feature increased XP and REQ points!

Stay tuned as we’ll go deeper into the design and intent of each of these playlists in a blog post later this week.

24 players on massive maps with REQs and AI adversaries. Halo multiplayer has never been bigger.

Destroy the Power Core or defend it in this asymmetrical Warzone mode variant.

Play on the very best modes and maps Halo 5 has to offer.

Work with a team, vanquish your opponents.

It’s you against everyone else. Slay your way to victory.

No shields, no motion tracker. Aim for the head!

A weekly playlist that features a mode voted on by the community via Halo Waypoint/Channel.

The weekend social playlist will features modes selected by the community, and offer bonus XP and REQ Points. Additionally, the most popular modes have the potential for becoming their own playlist. 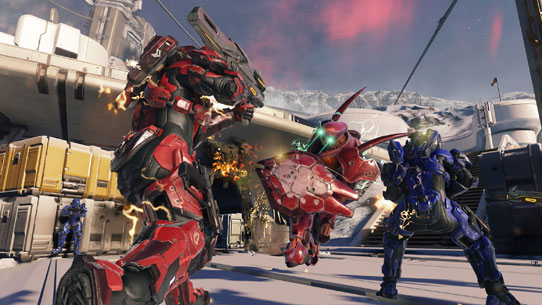 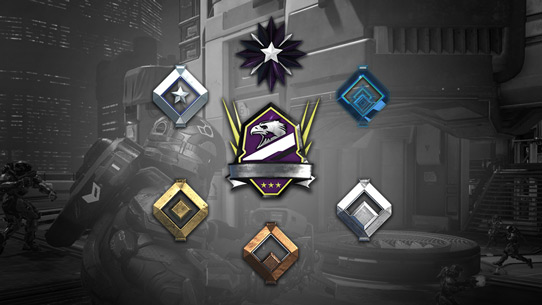 As we prepare for the game’s release in just over a week, I’d like to focus this blog on the Arena portion of the multiplayer experience for Halo 5: Guardians. Arena is our pure competitive experience in Halo 5, celebrating the legacy of Halo multiplayer. Arena allows players to go head-to-head in a game of skill where everyone starts on a level playing field. Each player begins with the same weapons and abilities and vies for possession of power weapons and power-ups by maintaining map control... 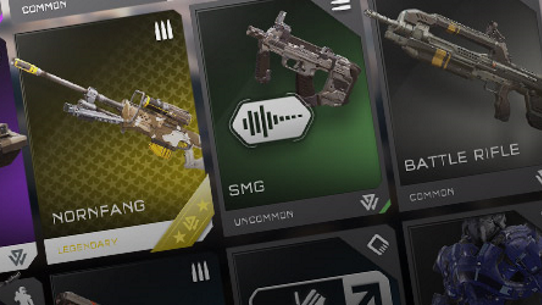 This is the latest in our series of REQ blogs in which we shed light on the new Requisition (REQ) System in Halo 5: Guardians. The REQ System provides players with a steady stream of rewards for engaging in Halo 5 multiplayer. In today’s blog I want to talk in more detail about the REQ economy and tuning, and let you know what to expect when your multiplayer career begins on October 27.