As mentioned in our Arena Playlist Update post earlier, Monitor's Bounty will be bringing plenty of changes to Warzone and Warzone Firefight.

Monitor’s Bounty is bringing in a lot of new content to Halo 5: Guardians (more content than you probably anticipated!) but it’s also bringing quite a few updates to the game's Arena and Warzone playlists along with it. This blog will cover the changes to our Warzone offerings, but if you'd like to read our Monitor's Bounty Arena Update, you may do so here.

We've kept a close eye on the data and community feedback after our last Warzone update, and we're excited to introduce both universal and map-specific changes to improve the overall experience. To walk us through these new changes, let's turn it over to Multiplayer Level Designer, Patrick Wren, and Warzone Firefight Designer, David Ellis who will take us on a tour of the new updates to Warzone and Warzone Firefight, respectively. Take it away, guys!

No matter how far away your friends are on the battlefield, you'll be able to find them. Friendly player nav points will always be on, so you can better navigate the flow of battle.

The main goals of these most recent adjustments are to reduce difficulty and player frustration. Changing the difficulty of all AI-controlled Warzone enemies from Legendary to Heroic is the biggest change here and something I’m glad we’ve been able to do. AI enemies will now do less damage, have lower health, shoot slower projectiles, and most importantly, lower accuracy. Making this change eliminates a majority of the cheap shots that many of you players have brought up, especially with the Mantis, Banshee Raiders, and Grunt Mech. We tested these changes internally and found that developers, who were frustrated before by Warzone Bosses before, commented how much fun they had in these games. Bosses will now require fewer Spartans to take down, allowing individuals to have more of an impact on each encounter. Legendary and Mythic Bosses still require a team effort, but we made sure to look at their difficulty and ensure a smoother ramp up in difficulty.

In Monitor’s Bounty, we also removed any instances of the Grunt Mech as a Legendary boss. While we were happy with how the Grunt Mech was received, we realized that it was just a bit too difficult to take down early on in Warzone matches. Initially, since it was this big new thing, everyone wanted to go fight it and even though we saw it survived longer than other bosses, we felt that was ok. After people got over the honeymoon phase of fighting against it in Warzone matches, players began ignoring the objective, leaving it alive on the map much longer than expected. As more players started focusing on bases, he was just too hard for the remaining players going after him. Though he will no longer be a Legendary Boss, we will still appear as a Mythic Boss at the end of matches.

There were a few additional encounters that skewed too difficult or unfair. (Battle of Noctus being a big offender here. Sorry.) We made sure to go through each encounter and look at the pain points for each. To list a few; we decided to nerf some minion weapon lethality, and made sure all the bosses who lived in the Monument moved out.

For spawn improvements, we've added in additional Base Capture logic to prevent Spartans from spawning in Bases while they are being contested or captured by the opposing team.  Allowing players to spawn in Bases that are under attack feels unfair and prevents Bases from changing hands as frequently as we’d like to see in Warzone, especially larger Bases like the Temple from Attack on Sanctum and Fortress from March on Stormbreak. Players who choose to spawn on a Base in the process of being captured will now spawn in safe areas outside the Base, requiring them to fight back into the area to regain control and defend it. 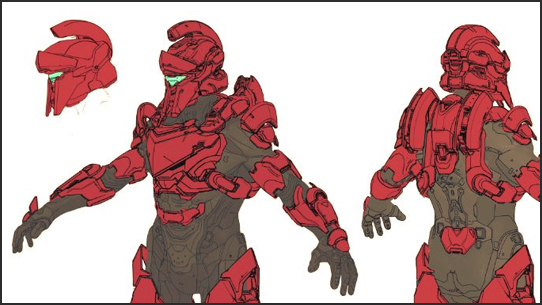 Finally, there's one more change for Warzone that we will be testing with this playlist update. Recently, we've been seeing a substaintial amount of feedback regarding "blowout" matches in Warzone, especially in matches where one team is comprised of players from one large Fireteam. To try and alleviate these concerns, we are going to run a trial period of limiting the Fireteam size to six to help increase the amount of fair matches being played. While this isn't an ideal scenario, it is one that we can immediately test to see how it affects the experience for everyone. We will continue to monitor how Warzone plays out with this change and will continue to evaluate next steps based off of what we see.

When looking at the areas we wanted to tackle in updating Warzone Firefight we decided to focus on two themes: provide new content for players who have made Warzone Firefight consistently one of the most popular playlists in Halo 5, and increase the breadth of challenges available to players who just want to hop on and shoot aliens in the face.

The first step to accomplishing these goals was adding two new locations for the Warzone Firefight experience. We’re very happy to add Temple and Prospect, maps previously only found in the Warzone Assault playlist, to Warzone Firefight with this update. With every release, we use the treasure trove of player data that the community creates with every match to help us improve our creations. For this release the team looked across all maps and objectives and used that data to help guide the objective design and identify those best suited for both new locales.

One of the data points we collect with every match is the success rate across every match in Warzone Firefight. With each update and release we’ve tweaked the player experience through objective weighting, spawn point location and enemy composition to ensure the results are in line with intended designs. However, since Warzone Firefight is a matchmaking only experience we recognized that there are distinct audiences who might not be best served by the current playlist. 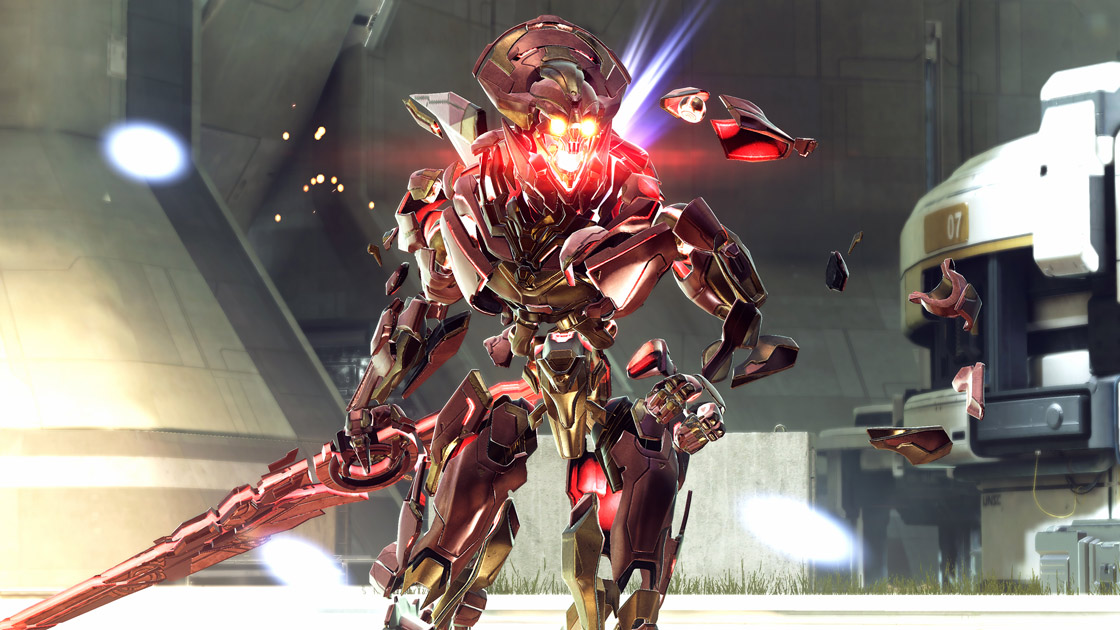 Both the Heroic and Mythic playlists will join the newly renamed Legendary Warzone Firefight playlist to provide a variety of challenges for our community. Additionally, we’ve worked with our Online Experience team to ensure that XP and RP payouts are consistent with the challenge of each playlist with Mythic Warzone Firefight paying out the highest rewards available in Warzone Firefight.

As always, we can’t thank the players enough for their passion and dedication in providing feedback to our team as we work to update Halo 5. And while we aren’t always able to address every single suggestion, we hope players will enjoy these changes while continuing the two-way dialogue between the dev team and you, the audience. Halo is at its best when that information flows freely with the passion of the players alongside the team at 343 moving our beloved franchise forward.

Thanks so much to both Patrick and David for joining us today! Now that you've heard it straight from our sources here at the studio, let's recap: Warzone is receiving a few global changes including persistent friendly service tags, AI adjustments and tuning, an improved spawn system, and a reduced Fireteam limit. Warzone Firefight now has two more maps in its rotation, has been expanded into two permanent playlists, Heroic and Legendary, and will feature a third, rotational weekend playlist, Mythic Warzone Firefight.If you'd like to share your thoughts on these changes, please leave your feedback in the Matchmaking Feedback & Discussion Forum.

We hope you're ready to enjoy the Warzone Firefight experience of your choosing!

Introducing Monitor's Bounty - an epic salvo of experience-enhancing additions, from new weapons, armor, and skins, to brand new ways to build and play, all alongside the biggest Forge update ever seen in a Halo game. We’re excited to begin our bountiful breakdown of everything that’s in store for your hungry hard drives on Thursday, Dec. 8

Halo 5's Arena playlists are getting some big updates on Dec. 8 and you check out all the details of the new "Social Skirmish" and the full scope of changes in the Monitor's Bounty Arena Update here on Waypoint.