Sixteen of the top North American teams have descended upon Columbus, Ohio to battle it out for the remaining eight spots in the Halo World Championship Finals. To catch you up, here’s a look at the teams who have advanced from Europe / Africa, Australia / New Zealand, Asia, and Latin America: 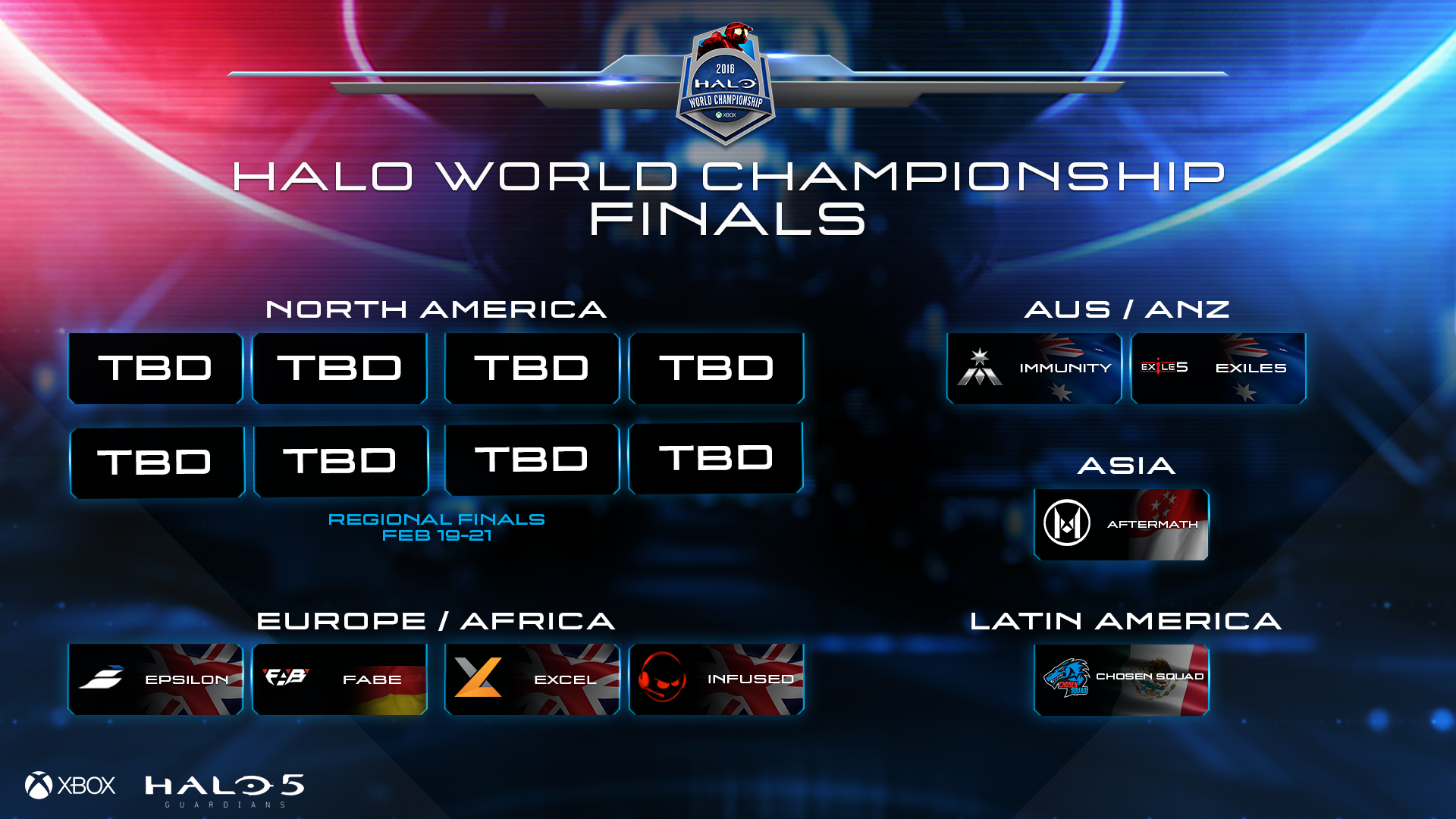 The 16 North American teams will be split up into four groups, listed below. The format is simple: Each team plays all other teams in the group once, and the top two teams from each group will advance to the Halo World Championship Finals. Once the top eight are determined, they’ll battle it out for cash and coveted finals seeds. 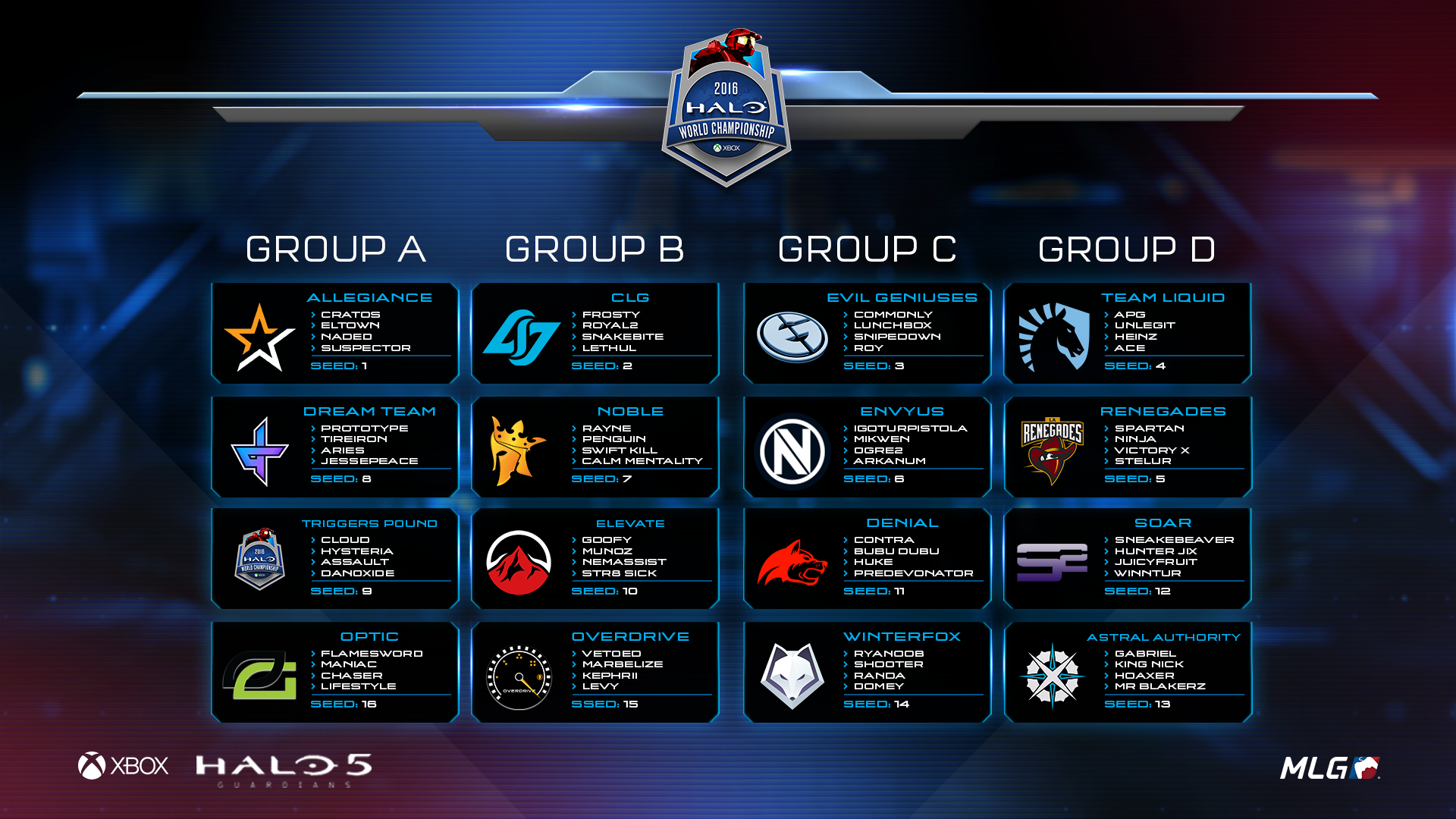 To get ready for this weekend’s North American showdown, we grabbed Halo esports expert Richard Simms to give us a prediction of what to expect, as well as some key players and stories to keep an eye on. Take it away, Simms.

As with everything competitive Halo, you can’t ever say something will happen for certain. I certainly never saw EG beating CLG at X Games Aspen (I don't think Lethul did either Kappa) and I for sure can see an upset happening here this weekend. X Games gave us a taste of what's to come from the North American (NA) scene, and gave us a glimpse of how the spiral of team changes have affected teams, but this weekend is what counts. It's make or break, and the pressure has never been greater. If you don't make it out of the Group Stage, you're going home, and your journey on the road to Worlds ends. This is a true test of nerves as teams will be playing against the best in the world for one of only eight golden team tickets. Let’s talk about the groups:

Interesting group here. I'm going to be bold and say that Allegiance will qualify top of the group. That team has been grinding hard to secure the number one spot, and there is no doubt Brett 'Naded' Leonardo DiCaprio is going home from this event with any less than top four. The drive and ambition of this team are top tier, and it will show in this group. Below them, you have OpTic Gaming, Triggers Pound, and Dream Team - kind of a toss-up here, and it will come down to who plays best on the day, but I've got to go with Triggers Pound (TP). TP has some veterans of Halo and a wealth of knowledge on this roster, and the TP vs OpTic games will be good as we see Assault going up his long-time team captain Flamesword. The only way I can see OpTic getting out of groups is by using the fire, pressure, and determination they had during the Last Chance Qualifier and bringing it to LAN with them.

This group for me has two solid choices: CLG and Elevate. CLG because, well its CLG (#Royal2Million), and Elevate due to how the roster has been performing and giving some of the bigger teams a run for their money. One thing I have to say about Overdrive, though – usually, a team change affects a team negatively, especially when it's less than a week away from a major event, but I think this team received an upgrade in the form of Monstcr. He is a fantastic individual and I think he will bring some fire to this roster - one to look out for! Overdrive had a few team changes leading up to regionals, but the grind was real and the team is coming in with the 15th seed. Certainly a team to watch to possibly cause an upset but it will be a hard task against CLG and ELV.

THE GROUP OF DEATH! EG will qualify, as they are the recent Gold Medal recipients at X Games Aspen and unbeaten in the last six LAN events. Next up, we have my personal choice of NV, who I also think will qualify. On paper, this is a team that should easily qualify, but there are two younger (and possibly hungrier) teams also in this group in the form of WFX and Denial. Ogre 2 and Ola are back together, couple this with Mikwen and Arkanum, and on paper it's a truly nasty roster - but one which must click with each other.

Everyone keeps saying you can't sleep on Denial, and after watching some of the stuff that these players can pull off, I fully rate Contra and the players on this roster as highly talented individuals. However, it's whether or not someone steps up into that true leadership role to guide them. Finally, Winterfox. Domey, Randa, Ryanoob, and Shooter. Four faces we all know that can hold their own quite easily. I want to say they have the upper hand on Denial going into this, but others will disagree. It's a rock solid group and I'm going for the safe bet of saying EG and NV simply because I can't imagine a Halo World Championship Finals with no Ogre 2. However, as we said earlier, anything is possible.

I feel that this is the easiest group to predict, but also the one that holds the biggest grudge match. I'd happily put money on both Liquid and Renegades storming out of the groups, but they’ll probably also have an interesting matchup themselves. Both teams saw their fair share of team changes as Liquid dropped Ninja, and Renegades suffered a loss in the form of Commonly. Both teams will now come at this with much more practice. On paper, both teams are solid and full of world class players. The ball is in Liquid’s court, especially if they take an early game or two. If Renegades want to pull off the win, they need to keep pushing on and stay positive throughout the series.

Here are the players I'm looking forward to watching, by group:

Group A - Naded and Hysteria

These guys are two old veterans from back in the day. We know they can go off on LAN.

Group B - Royal 2 and Goofy

Royal 2 is one of the best players in the game right now. Goofy is someone who I want to see back at the top, and I’m sure he’s gunning for this as well.

Pistola because Pistola. Contra simply because after watching his stream for a few days now, this guy is incredible at Halo 5.

I want to see the PG we’ve seen in the past. As for Victory X, he didn't have a great X Games and I truly don't think we've seen the best of him. He is a world class player and I want him to bring that Final Boss feel this weekend.

Tune into the action this weekend at Twitch.tv/Halo, and head here for the full schedule. 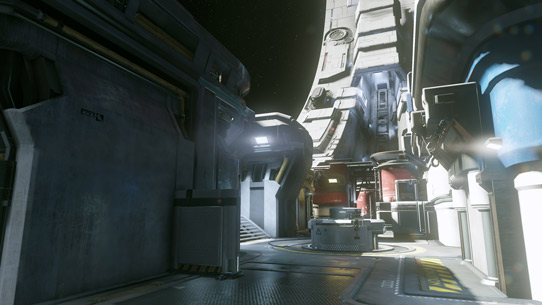 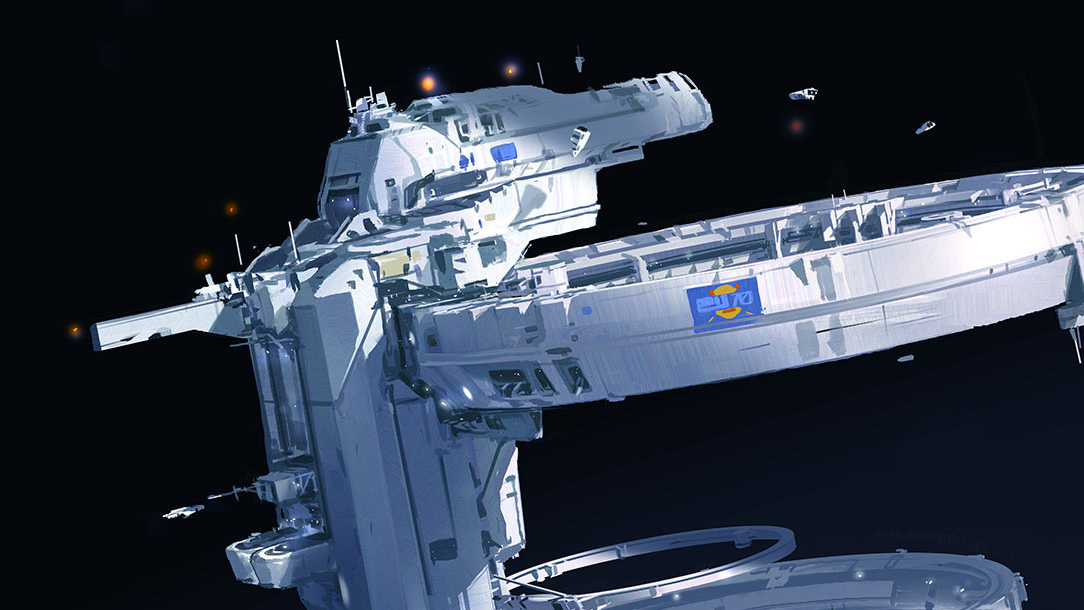 Happy weekend, friends. It is my hope that this update finds you well. Today, we’ve got a short blog celebrating all things love, and also a preview of the update dropping later this month. We’ll start this week with the ultimate Double Date, and the only plans you need for this Valentine’s Day weekend .To celebrate the occasion, our multiplayer team took some time to create a special Valentine’s Day weekend social playlist, and having played myself in the lab, I can say that it does hit a...