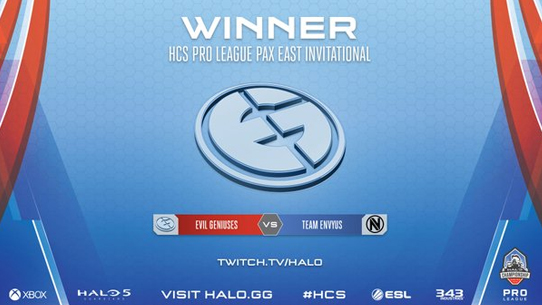 During the Halo World Championship 2016 last March, we revealed the next evolution of Halo esports – the Halo Championship Series: Pro League. While only one team came away from the Halo World Championship with the crown – the $1 million prize – both Counter Logic Gaming and runner-up Team Allegiance were slated to receive invites directly into the HCS Pro League. However, while CLG’s dominant roster currently remains intact, the former members of Team Allegiance completely disbanded leaving their spot in the league unfilled.

In order to determine which team would earn the right to secure the next spot in the HCS Pro League, the four teams that contained each of Allegiance’s former members met this weekend in Boston, MA for the HCS Pro League Invitational at PAX East 2016 by ESL. The double elimination tournament saw the four teammates-turned-rivals – Naded (OpTic Gaming), eL TowN (EnVyUs), Cratos (Enigma 6), and Suspector (Evil Geniuses) – put on a furious and frenetic showcase for the capacity crowd on hand and thousands of excited fans watching live online. 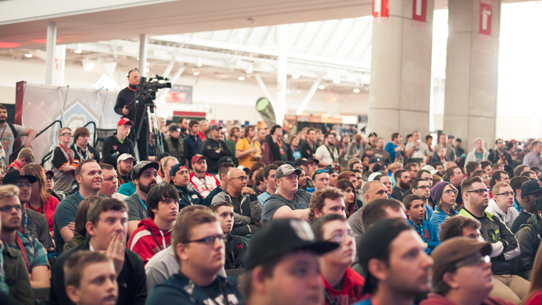 For those eager to see the new rivalries quickly develop in the ashes of old alliances, the Invitational did not disappoint. The first round pitted OpTic Gaming against Enigma 6, giving the world its first taste of the growing rivalry between Halo World Championship MVP Naded, and his former teammate, Cratos. After the first two games resulted in a 1-1 series tie, Naded and the rest of the OpTic Gaming crew would prove to be too much for Enigma 6, and won the next two matches to advance with a 3-1 series win.

Meanwhile, Evil Geniuses shook off a sluggish and rocky 0-2 start to complete a reverse sweep against EnVyUs, taking the best-of-five series 3-2, sending EnVyUs to the losers bracket to face off against Enigma 6 and with each team’s tournament hopes on the line. In the end, Enigma 6 simply wasn’t up to the task at hand, dropping the series 3-1.

Following their win against Enigma 6, EnVyUs continued to fight their way back to the top, eventually besting OpTic Gaming to earn a date with Evil Geniuses in the Grand Finals, simultaneously ending any hopes of victory for Naded.

EnVyUs entered the finals against EG eager to avenge their first round collapse, but ended up only running into an absolute juggernaut of an effort. EG was in no mood to relinquish their tight grip on the tournament, and barreled into the finals building off a nearly-complete domination of OpTic Gaming in their previous round – a series that included an unheard-of 22-0 start during a Slayer match on Halo 5: Guardians’ Coliseum Arena map. 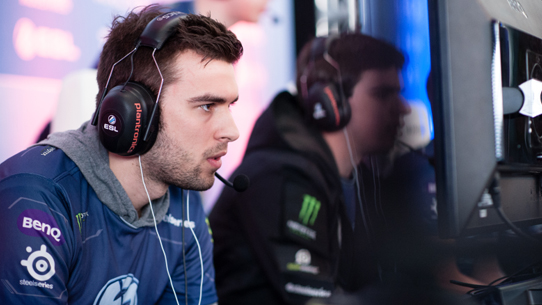 The series started off well enough for EnVyUs as they took Game 1 in Capture The Flag, 3-0. But like in the opening series, EG would be completely undaunted by the loss, taking Game 2 with a 50-33 victory in Slayer on Plaza. In Game 3, EnVyUs answered with an equally resilient 100-43 victory on Eden Strongholds to take a 2-1 series lead. Unfortunately for them, EG would even the series in Game 4 and never look back, rattling off three straight to take the best-of-seven series, as well as the tournament crown and secure their spot in the HCS Pro League Summer 2016 Season, joining rivals Counter Logic Gaming as the only two teams to have qualified so far, leaving just six more spots up for grabs.

For a full in-depth recap of the HCS Pro League Invitational at PAX East 2016 by ESL, head over to the ESLgaming.com, and for all the latest Halo Championship Series news and action, make sure to keep your radars locked on the web at Halo.gg, and on Twitter at @Halo and @HCS.