I feel like every time we go to put together another edition of this feature, I find myself again somehow underestimating the level of badassery that bubbles rampant within this community’s creative cauldron. This week proves no different, as once more we’ve got ourselves a fight-finishing feast to showcase for all to see. From cosplay and character art to salivatory screenshots and much, much more. Dive in and join me in appreciated what a wealth of talent we’ve got woven through Halo fanhood.

Of course as always, if you want to give your cool creations the best shot at getting featured, use the hashtag #HaloSpotlight to help us find your contributions. Let’s take a look at all the cool stuff you’ve done!

A couple people pointed out a community artist by the handle of aauditor, and we couldn't be happier that they did! After digging a bit we found some pretty incredible Halo artwork, punctuated by this incredible piece below that depicts the militaries of ancient humanity emerging victorious against the Forerunners in battle. 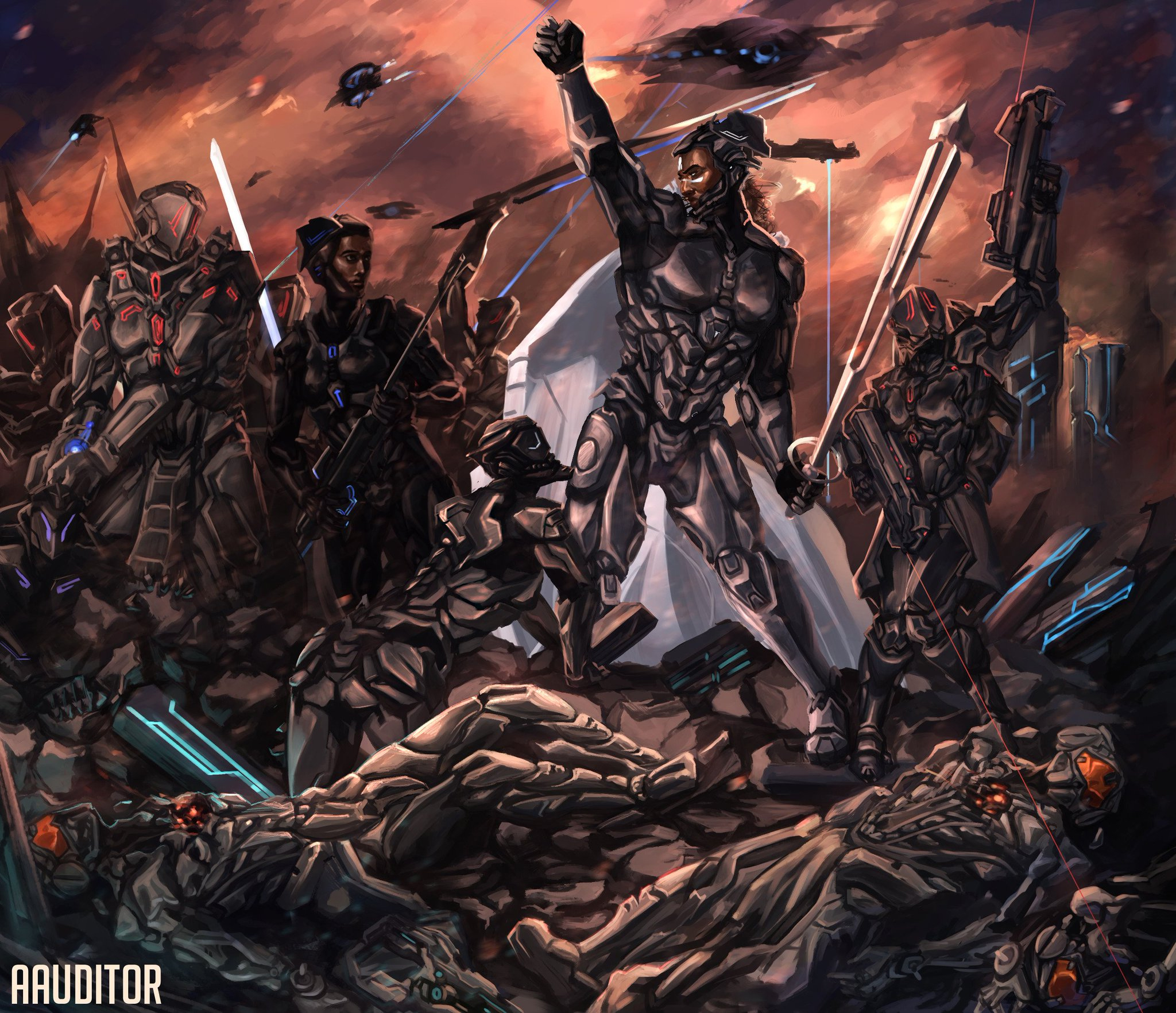 Here's a bit more on the original inspiration, as described on aauditor's Deviant Art page.

This is based off of a famous Romanticist painting by Eugène Delacroix. The title of it is "Liberty Leading the People", and is a symbol of the July Revolution of 1830. "Marianne", the main figure, was depicted as "goddess-like" and "robust". She is also referred to as Liberty, the name belonging to the Goddess of Freedom, or a personification of freedom. I wanted to put Forthencho in the place of Liberty, to show that he was a leader, and was a light in the "Revolution" that the Humans sought to fight through.
In this, I have included three dead Forerunner Warriors, and nine Human soldiers, Forthencho included. The Human Soldiers on the far left and the far right (and the weapons) belong to LordArcheronVolistad. He gave me permission to depict two of his AHE armor concepts, and I took the opportunity to do so. It was rather fun to draw his concepts! The other four armor concepts (the three around the middle, and the one on the left-edge of the piece) are designed by me. I borrowed Forthencho's armor design from the "Forthencho The Victor", but added more elements to the design to make it more practical-looking. The armor on Forthencho's left is just black infantry armor with blue lighting. The one above the left Forerunner's head is a dark design with purple lights. Lastly, the armor belonging to the crouching Human is based off of the "Sphinx" helmet that I made a while back. This armor was a replacement for the Halo 4 Ancient Human Soldier Concept Art, but it looked impractical, as if the soldier was naked.

The sky in the background is reminiscent of the battle scene in Halo 4, between the Humans and the Forerunner Warriors. I included silhouettes of Human ships, some bombarding a planet. In the foreground, I added dust particles to not only fill in the piece, but to show the kind of environment that they are currently in. I am really proud of myself for managing to complete this piece! I only hope that you all love it as much as I do, too.

Oh we do, trust us. Thanks for sharing! 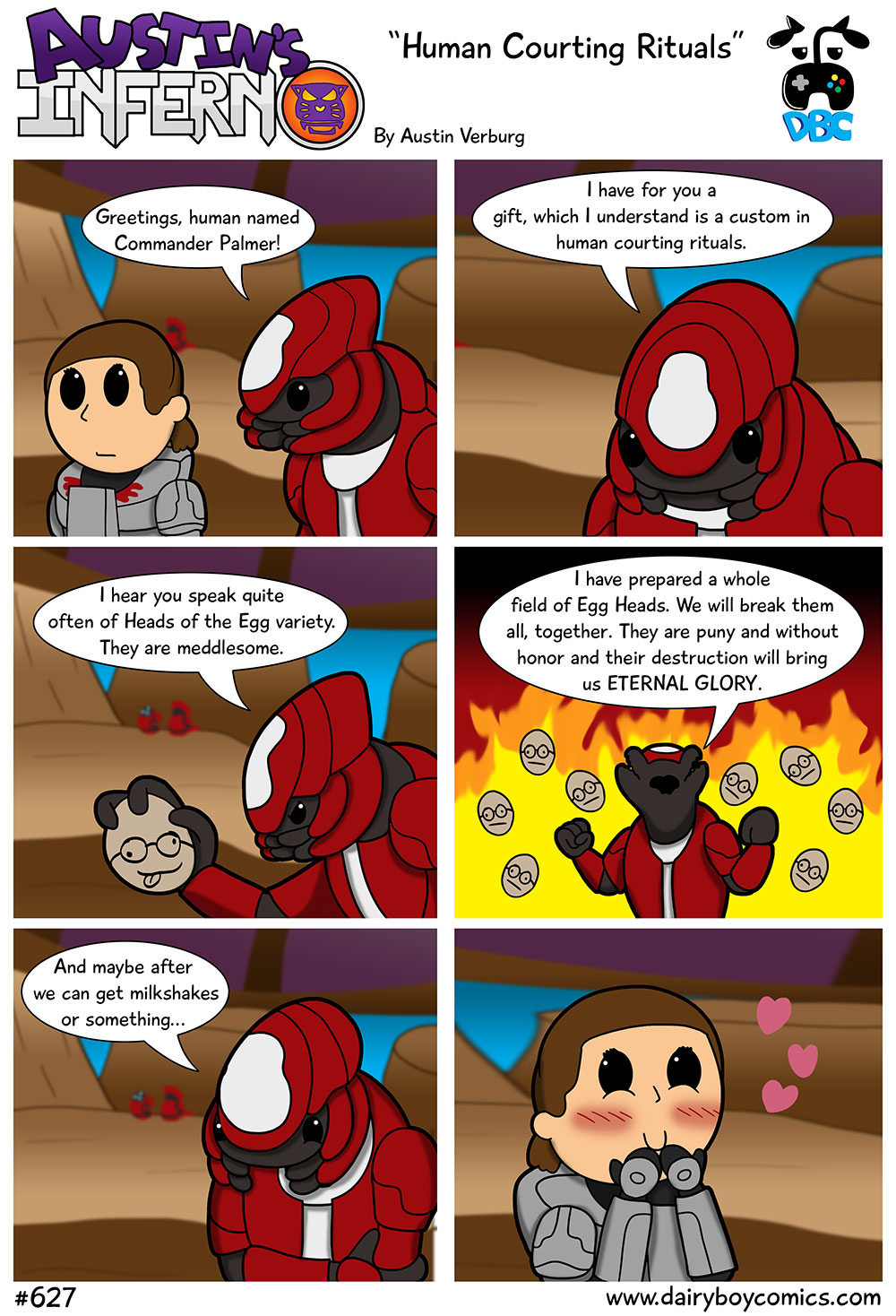 It might not be canon, but it's still pretty cute. From dairyboycomics. 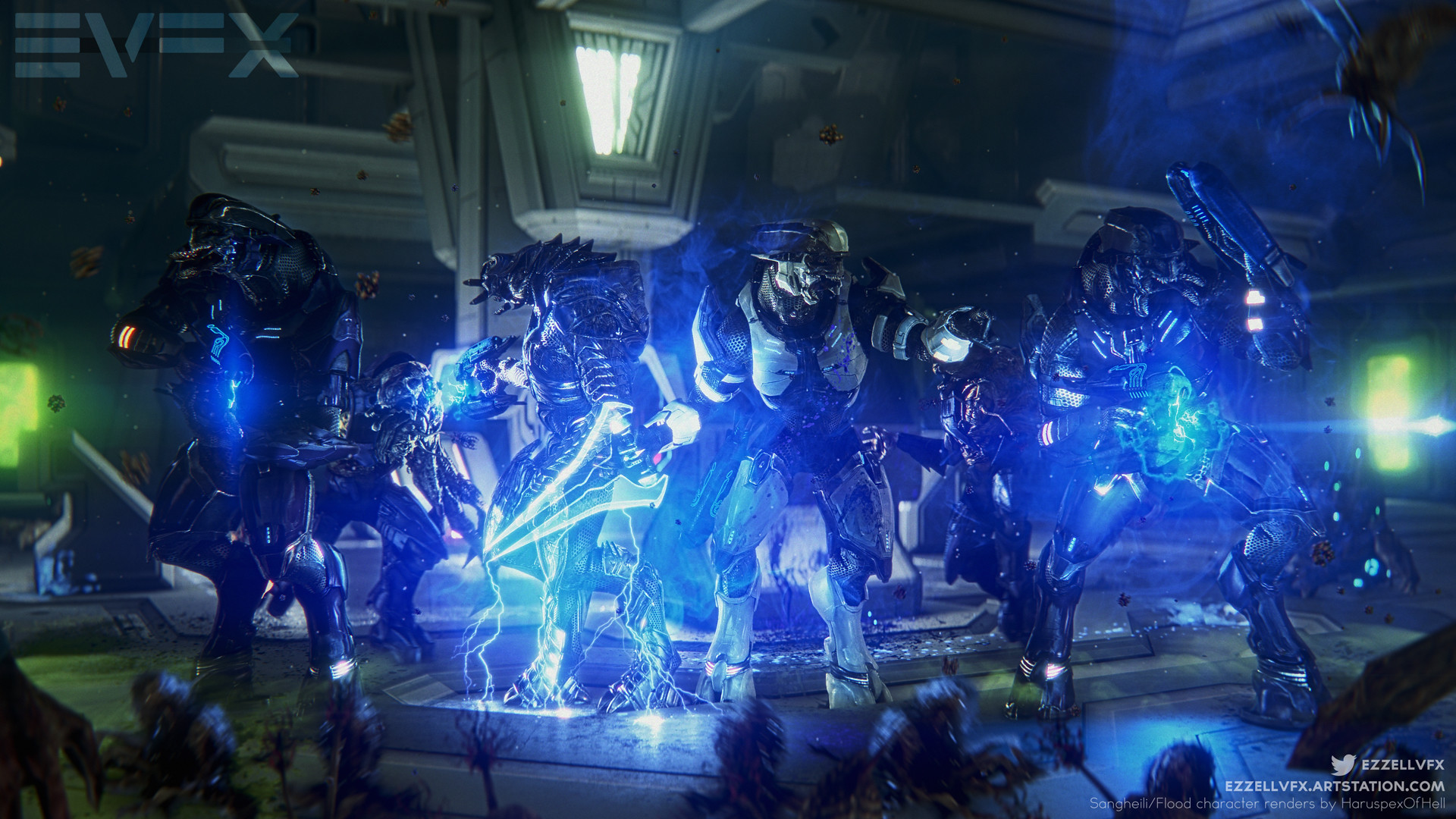 Another incredible render from Joshua Ezzell. Also check out his artstation page for a look at how it was put together! 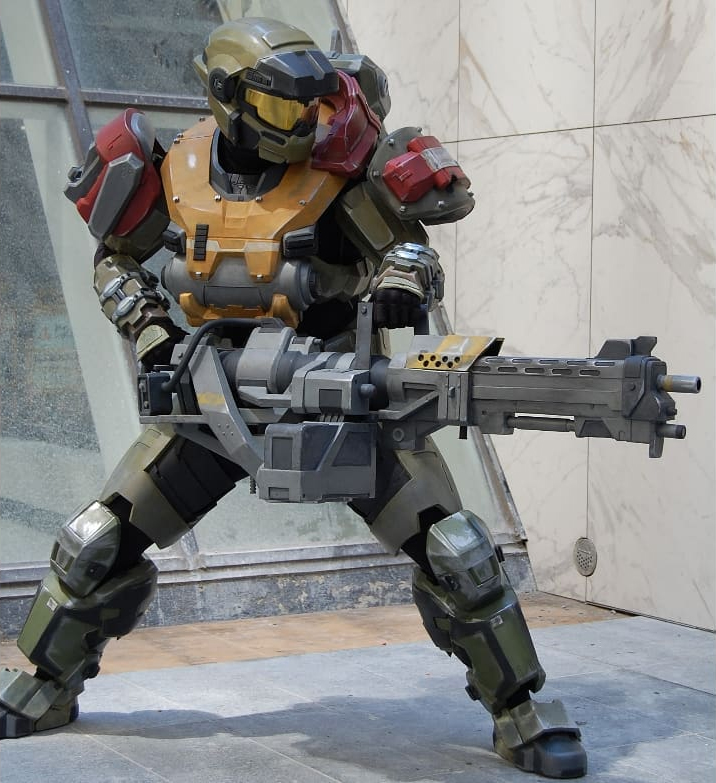 Kicking us off is this really amazing Halo musical theme mashup by Riftley. The transition from Halo 3 to Halo Wars 2 and into H3: ODST in particular was pretty mesmerizing. Give it a watch! Or, well, a listen. Whatever, just click Play.

Halo Canon back with another awesome Portal lore video! Not like, Portal lore, but Portal lore. The one with the round robot companion. No, the other one. Just watch.

The Portal at Voi was central to the early levels of Halo 3. What happened to it following the war, and what other purposes could it have? Today we cover the history and status of the Portal at Voi.

Noob Reaction gives us a cool look into the history of Halo's Warthog.

Mere months have passed after the victory of Humanity and Elites, led by the Master Chief against the alien threat, the Covenant. Abandoned Spartans must reenter a world where fighting is always lingering, despite what is believed.

I loved this impassioned machinima short from Team Omega. You might, too.

The fine folks over at Termacious Trickocity are at it again, this time hitching a ride on a Falcon they weren't supposed to be in.

At long last, we have conquered that pilot seat!

The Falcons on Exodus that fly in at the top of Traxus Tower were designed for an evacuation route, where the player rides in the side seat of the Falcon to fight their way to the next area.

Over the years, many have attempted to pilot these Falcons using a multiplicity of operations and ideas, but all to no avail. One could even kick the pilot out of the Falcon,  though would still not have the option to fly it. It took actually overloading the map entirely then spawning the Falcons without a pilot altogether to essentially spawn a fully operational Falcon. The missing piece of the puzzle has now been found.

We hope you enjoy this little adventure. This trick is a huge one off our list.

HiddenXperia gives us a cool new video that takes a look at Spartan armors and accoutrements that might be best suited to face off against the Flood.

Also check out Birth Of A Legend, a Halo Mashup by The Silent Cartographer.

Nice play at the buzzer, @TrueTyro!

On the non-picture-focused side of things, we've got some particularly potent prose you should peruse if you get the chance!

And that's it for us this time around. Much love and safe travels – whether physically or virtually.

Until next time… Live well, play Halo, and make your bed. It's an underrated good habit to develop. 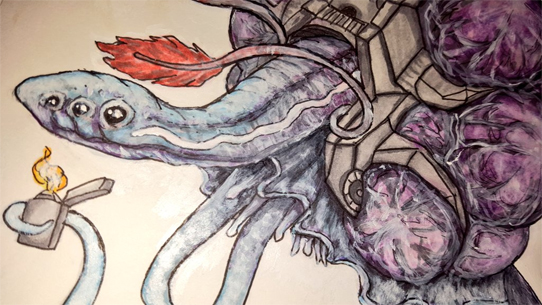 It’s a beautiful day in the neighborhood, and a beautiful day for another Halo Community Spotlight. This week we’re stacked with more superlative-surrounded fan-fueled content for folks to feast their VISRs on, from renders and videos to screenshots and sketches. 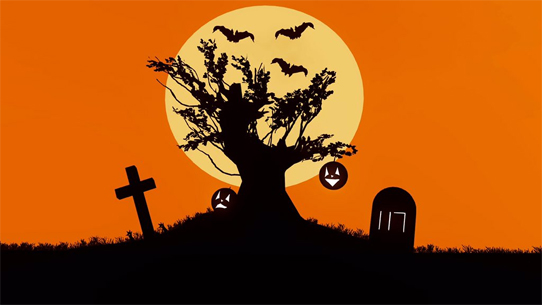 Community Spotlight has been one of my favorite things to compose in recent years, because it’s a constant reminder of the incredible talent and creativity than runs rampant through Halo’s amazing fanbase. Seriously, the stuff you folks continue to do after nearly seventeen years is both astounding and inspiring. This week is no different. We’ve got fan art, cosplay, screenshots, pieces of prose, and some Haloween high jinks – all of them brilliant creations by brilliant folks. 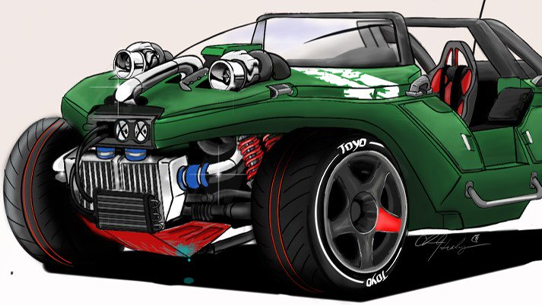 Hey everyone! This week we’ve got another amazing slate of cool content in the Halo Community Spotlight. We know your motto: you deliver. Let’s take a look at all the sweet stuff on tap!