B is for Bravo 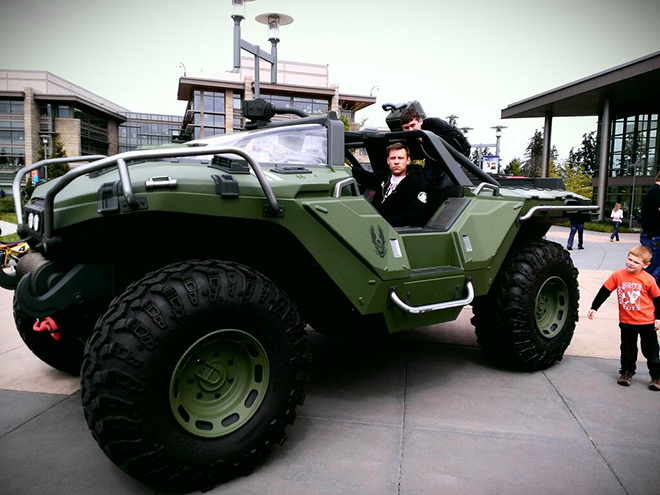 Whenever good friends stop by, I tend to ask ‘em if they’d like to go for a ride in the new Warthog. This is especially the case when the friend in question is a 3-time Halo National Champion. Last week, Dave “Walshy” Walsh was in town, and yes, this Warthog is not only drive-able, but is also a total monstrous beast that little children should not be playing around (Watch out, kid.).

After we discussed what an excellent driver / gunner Warthog duo we would make, Walshy and I swung by the 343 Multiplayer playlab to get hands on with some of the current weapon tuning efforts. We played several matches together, and I got a chance to catch up with him after he stopped by. Here were his impressions on what he saw as well as his dominance with the Assault Rifle.

Hey, Walshy! What were your first impressions with the new weapon tuning? Did anything immediately stand out as different, enjoyable, confusing, etc.?

New weapon tuning felt much better! Three features stood out the most to me:

I’ve certainly seen quite a bit more LightRifle in our playtests. The slightly increased ROF when zoomed makes it even deadlier at range. So tell me – was the 4-shot BR as crispy as you expected?

Cookie Crisp crispy! I might have to start doing the wolf howl after each kill! On a slightly more serious note, the 4-shot kills give the game the faster kill time that I loved from previous Halo games.

We played a 1 vs. 1 on Haven with Assault Rifles only, and I think we both agreed that the new tuning made it quite interesting and different. How did you feel about the reduced auto-aim on the automatics?

First off, you and I both agree that I am the best 1 vs. 1 Haven ARs only player in the world. Secondly, I think this will only result in even more dominance from me in 1 vs. 1 Haven ARs! I think this change accounts for the few automatics in the top level of play to take slightly more skill to use. However, this change primarily affects the casual level of play, which is the majority of Halo players – overall, I think everyone will be very happy with this change.

How do you think these tuning updates will affect gameplay, both Matchmaking and tournament play?

Both tournament and Matchmaking play will see more variance with starting weapons. Biggest difference in my opinion will be in the short and long-range game since the DMR currently is the go-to weapon for almost every situation. With the updates to the BR and LR, we now have weapons that, on paper, are superior to the DMR. I'm excited for this change and am excited to see how it changes the game!

Walshy – Thanks for stopping by, checking everything out, and showing me the proper way to shoot an AR. Hope to see you again soon!

As you probably know by now, we have been actively tuning some of the weapons in the Halo 4 sandbox. We are still regularly playtesting, and excited to say that we’re nearing the end of tweaking and tuning each weapon. At this point, we are happy to share several key items that we’re looking forward to in the schedule:

This schedule will ensure that the new weapon tuning receives proper testing across all of Halo 4’s game modes, input from various community leaders and that the entire community will be able to get a detailed look at everything before the final update goes live. Once this update is released, we estimate that we won’t be making adjustments for at least several weeks as we examine the results of how this update changes gameplay behavior, strategy, loadout selection and more.

As you may recall, we tracked the first 24 hours of the Competitive Skill Rank (CSR) Challenge and reported on the details in the 4.10 Halo Bulletin. Now that the CSR Challenge has come to a close, let’s take a peek at some new numbers, once again in pretty infographic form.

We’ll soon be highlighting and showcasing these 26 winners in an article on Waypoint. I would normally suggest that you be on the lookout to see if you’ve won, but the CSR Challenge was no walk in the park – if you’re one of the few winners, you know what I’m talking about. Congrats to those who unlocked the “SKILLS” Avatar t-shirt – we have no doubt that you do indeed have skills. You should wear the shirt proudly, and probably never take it off nor wash it.

For a refresher on how CSR works, head here.

Now, onto the next Matchmaking update. This coming Monday, we'll be adding quite a few maps into several existing playlists. These maps were showcased in our Community Forge Test and FFA Forge Test playlists, and have since been updated to provide new experiences across multiple game modes. Here’s what will be added and updated come Monday.

The following maps will be:

Team Snipers
Shutout has been updated with improved respawn points for Team Snipers.

We have decided to remove Shutout (a remake of Halo 2’s Lockout) from the Rumble Pit playlist due to how this version of the map flows in Halo 4. While it plays well for Team Throwdown, SWAT, Snipers and other team-based modes, Free-For-All play on the map has proven to be inconsistent. After further playtesting with updated respawn points, we still felt the map fell short as a Rumble Pit candidate, and as a result have decided to remove the map from the rotation. However, as you read above, 5 Forge creations that were built specifically for Free-For-All will be implemented into the playlist, while an updated version of Shutout will be placed into SWAT, Team Snipers and Infinity Slayer. Additionally, Simplex will be updated to the Team Throwdown version across all playlists with the exception of Action Sack, as Lightning Flag plays best on the prior version of Simplex due to lines of sight and other factors.

The above map selections are the result of your feedback, as well as hours of playtesting and fine-tuning of spawns, map layouts and more by the authors and Community Cartographers. We hope you’re excited to try out some of these community creations in Halo 4’s official War Games playlists - if you’d like to get your maps discovered, be sure to post in the Official Community Cartographer’s Thread.

Other Matchmaking updates this week include removing the Grunt Birthday effect from Fiesta Classic (okay, we were getting tired of it too) in the Action Sack playlist, as well as fixing the underground tunnel respawn point on the map Settler. Lastly, we’ve updated several of the Grifball settings to reflect the correct community settings in regards to Base Player Damage, Grif Damage Resistance, Grif Shield Multiplier and Suicide Penalty.

The above additions and updates are just the beginning of playlist changes coming for the month of May and beyond. In the future, we have plans to introduce a little more Forge Island into your Matchmaking experience, as well add some new game modes to existing playlists. Be on the lookout for more details of these on Waypoint in the coming weeks. 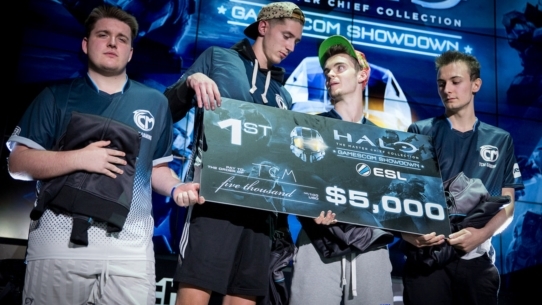 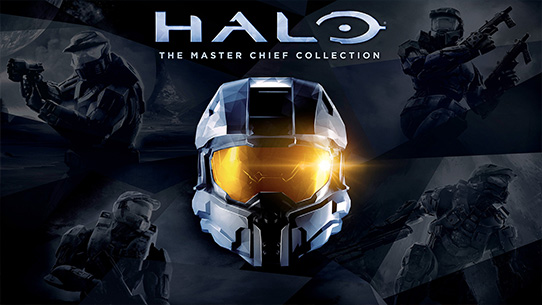 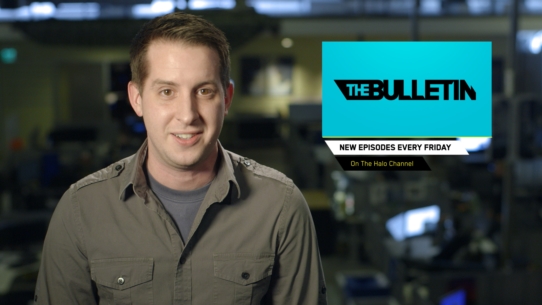 This week we discuss the Master Chief Collection content update, find out what's next for Halo eSports, get a sneak peek at the finale of Halo: Nightfall, and offer up some holiday gift ideas from the Halo Store.