Earlier today, we announced our master plan for the launch of Halo: The Master Chief Collection, which comes in the form a celebration we like to call HaloFest. Three years ago, we built a living museum of Halo history for Halo: Combat Evolved’s 10th Anniversary. For Halo 2’s anniversary celebration this year, we’ll be heading down to Los Angeles for a weekend of Halo festivities and live streams, which means if you’re reading this, you’ll likely be able to join us by tuning in. Let’s jump into the details.

The action begins at ESL’s Burbank, CA eSports studio on November 8, where 32 of the biggest names in eSports will duke it out in Halo 2: Anniversary multiplayer for $50,000 in prizing and a chance to be the first to play the Halo 5: Guardians Multiplayer Beta. We teamed up with our friends at ESL and Twitch to bring you a two-day event with world-class 4v4 Halo 2: Anniversary tournament gameplay just days before the release of Halo: The Master Chief Collection.

Rather than select full team rosters ourselves, we instead chose eight elite Halo players who will serve as team captains. The team captains have been given approximately one week to select the three teammates that they’ll take into battle at the Launch Invitational.

The team captains have been notified of their captainship, and are currently selecting their peers to form their rosters for the tournament. Please note that some elite players that you may expect to see on this list were omitted because another team captain had communicated that they had an interest in selecting them for their team. What I’m trying to say is that OGRE2 may be in attendance.

The teams will be fighting for the following prize money:

In next week’s Bulletin, we’ll announce the final team lineups that you can expect to see on launch weekend. Alex “Goldenboy” Mendez will be joining me for play-by-play and analysis, and all of the action will be streamed at Twitch.tv/Halo.

On November 10, the venue - and title - will switch as we take over the Avalon Theater in Los Angeles. On the eve of the game's launch, you’ll have a chance to see the Halo 5: Guardians Multiplayer Beta before its December release – the winning team from the Halo: The Master Chief Collection Launch Invitational will be the first to play the Beta, and will provide us with a first glimpse into what’s on the way.

Additionally, we’ll also be showing off the world premiere of the first episode of Halo: Nightfall, which is included with The Master Chief Collection. Join us on Xbox Live, Xbox.com, or Twitch.tv/Halo to see all the action.

Speaking of Halo: Nightfall, we also released the official trailer just this morning on the official Xbox YouTube channel. You can check it below.

We’re excited for HaloFest this year, and we hope you are too. See you in a few short weeks!

The latest issue of Halo: Escalation is now available!  Read below for a brief description of this issue, and head here to get a sneak peek.

Exposure part 1 - Spartans Ray and Thorne set out on a secret mission to uncover the origin of a monstrous new bioweapon...but is it too late to prevent total catastrophe?

Our very own GrimBrother One is back with another installment of the critically acclaimed “Canon Fodder.” Take it away, Grim.

Last week, we took a look at some of the seminal moments of Halo 2. The High Prophet of Regret arrived on Earth looking for something incredibly important, but completely unaware that he had found the human homeworld. Eventually, the UNSC would catch up to Regret, the Master Chief assuring that the High Prophet’s influence would be silenced for good. Already set in motion however, was a betrayal within the Covenant itself, as the San’Shyuum sought to cut the Sangheili out of power; perhaps out of their “Great Journey” altogether.

On November 4th, in the wake of Regret’s death, the High Prophet of Truth quickly replaced the Sangheili Honor Guard with Jiralhanae. What the Sangheili didn’t realize at the time was that Truth had already cast his lots with the Jiralhanae months earlier. With Tartarus now in command, Truth instigated a secret revolt on the fleet Regret had left back at Earth, removing any Sangheili from the position of discovering the location of the Ark’s gateway portal. The aftermath of these acts being observed and noted by the ODST squad in New Mombassa in the events of Halo 3: ODST. The Covenant support fleet which had arrived on October 21st was also controlled by the Jiralhanae, and even High Charity’s longstanding armory, the Sacred Promissory, had already begun fashioning Jiralhanae weapons and vehicles for combat in much larger quantities without the Sangheili’s knowledge. With the Sangheili “heretics” near Alpha Halo’s debris field silenced, Truth was confident that he could transition the guard without much resistance, but this was not the case. Once the Jiralhanae took control of the Honor Guard, they began imprisoning and executing the Sangheili members of the High Council, which initiated an uprising among the Sangheili and eventually a violent civil war that would be called the “Great Schism.” For the Sangheili, this war was fought on two fronts: while engaging the Jiralhanae in both infantry and naval combat, they were also committed to glassing the surface of Delta Halo in an effort to prevent the spread of the Flood.

While re-living the Great Schism in glorious high-definition in Halo 2: Anniversary is going to be an incredible treat for fiction fans all over, I’m also particularly excited for readers to get their hands on the upcoming novel Halo: Broken Circle. This brand-new novel is going to be a huge treat especially for fans of Sangheili and San’Shyuum, as the book focuses almost entirely on the relationship, alliances, and betrayals between the two founding races of the Covenant’s vast empire. The book is actually divided into two parts, with the first part taking place in the Covenant’s infancy, and the second placing readers right into the middle of the Great Schism as seen from a brand new angle. What’s perhaps most intriguing though is how the past and the present come together, well, full circle. The new novel, penned by John Shirley, will be available on November 4, 2014.

Hope you join us again next week. The Halo Universe is huge, and we aren’t done exploring it by a long shot…

This week, we’re taking a look at Exile. Next week, we’ll be taking a look at “Objective” screenshots - snap a shot featuring any objective item (Flag, Oddball, Extraction site, Dominion base, etc) and tag it with “obj” and you may find yours highlighted in the Bulletin 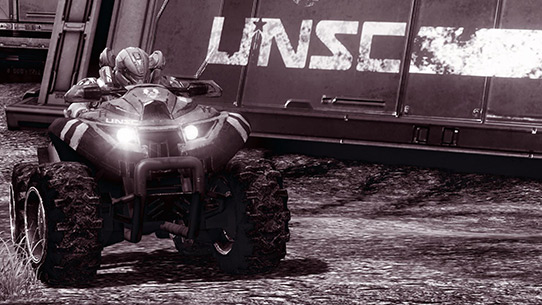 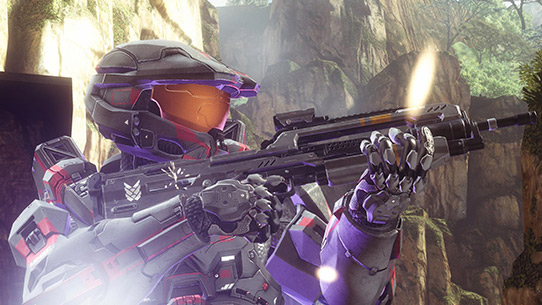 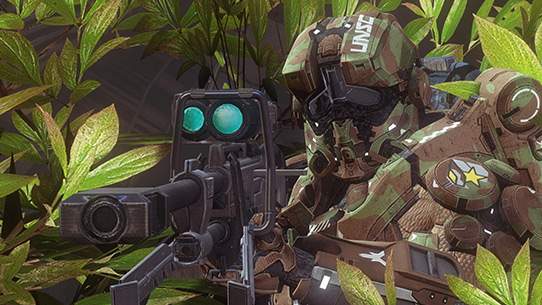 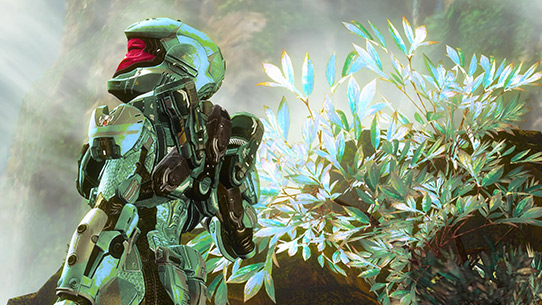 Lastly, if you happened to have missed it, we also announced our upcoming documentary “Remaking The Legend - Halo 2: Anniversary,” and released a first look on the internet here. Take a peek, and stay tuned for more details. 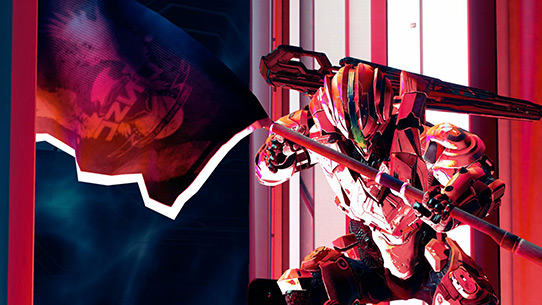 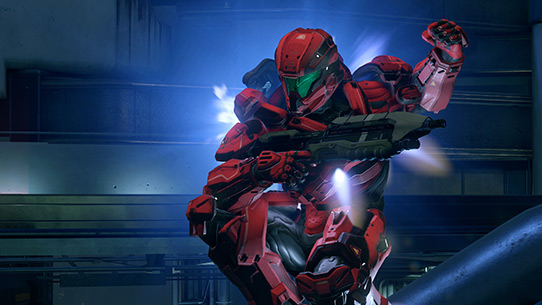 This week, we give an update on the state of matchmaking for Halo: The Master Chief Collection, a recap on the Halo Championship Series, and talk with Halo 5: Guardians Executive Producer Josh Holmes about the upcoming beta, which starts December 29. 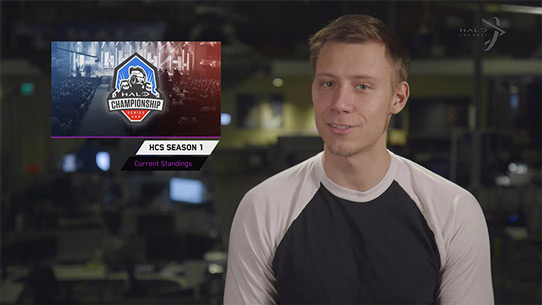