Wake Up, John: Halo 4 Has Arrived on PC

Today's the day. After a tremendous amount of work, we're thrilled to announce that the final title to join MCC on PC, Halo 4 has arrived and joins Halo: Combat Evolved Anniversary, Halo 2: Anniversary, Halo 3, Halo 3: ODST, and Halo: Reach. You can get Halo 4 (and the rest of the titles we mentioned above) right now on Xbox Game Pass for PC, the Microsoft Store, and Steam.

Sticking the landing right alongside Halo 4, are a few other big-ticket items. Chief among them are crossplay, Spartan Ops for Halo 4, and of course we’ve got Season 4 of Halo: The Master Chief Collection  – which we've got a whole section dedicated to just below. As the world has changed and we’ve spent more time getting accustomed to working from home – we’re reminded of how thankful we are for the chance to bring people together, even digitally. So, join us – we’ve got a lot in store to help brighten up your November.

…BEFORE YOU GO, GO

Just over eight years ago, Cortana woke us when we were needed on Xbox 360. Awakening on the shambled remains of the UNSC Forward Unto Dawn, an unfamiliar foe has set their sights on you – and, that's only the beginning of your story. Wake up and play through all 10 campaign missions for Halo 4, or replay Infinity over and over again just for the Mantis. Either way, we won't judge. 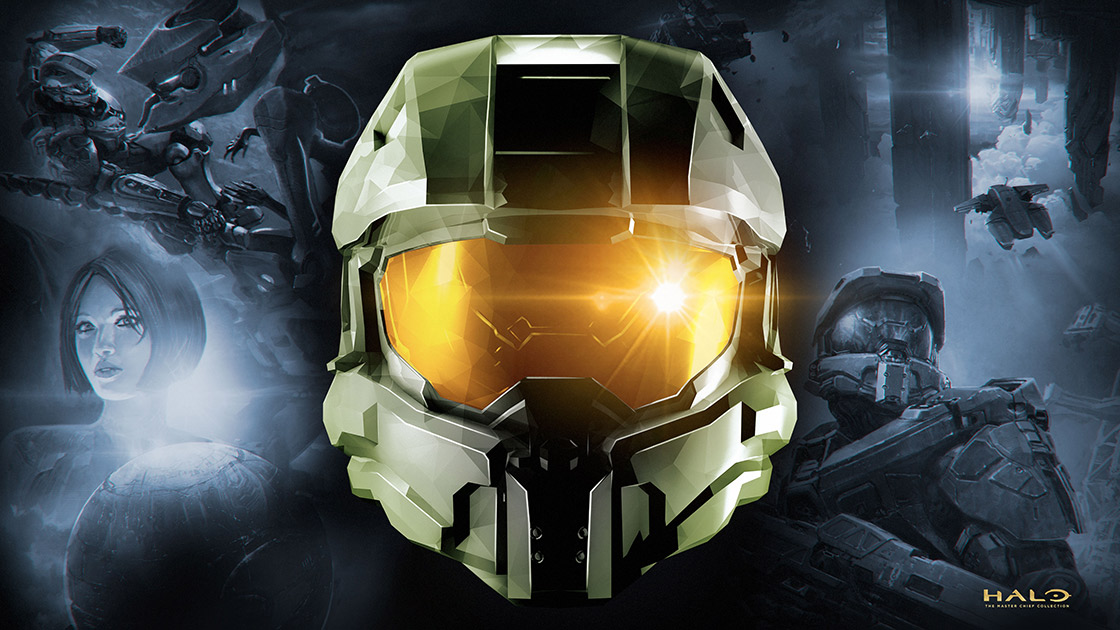 Alongside the arrival of Halo 4's campaign on PC are a collection of improvements – including crossplay (for MCC’s multiplayer, Firefight, and Forge), all the trappings of Halo 4’s multiplayer including each and every episode of Spartan Ops, brand new updates for the Forgers of the world, and of course some brand new weapon skins to unlock – both through Season 4 and Halo 4’s competitive multiplayer. 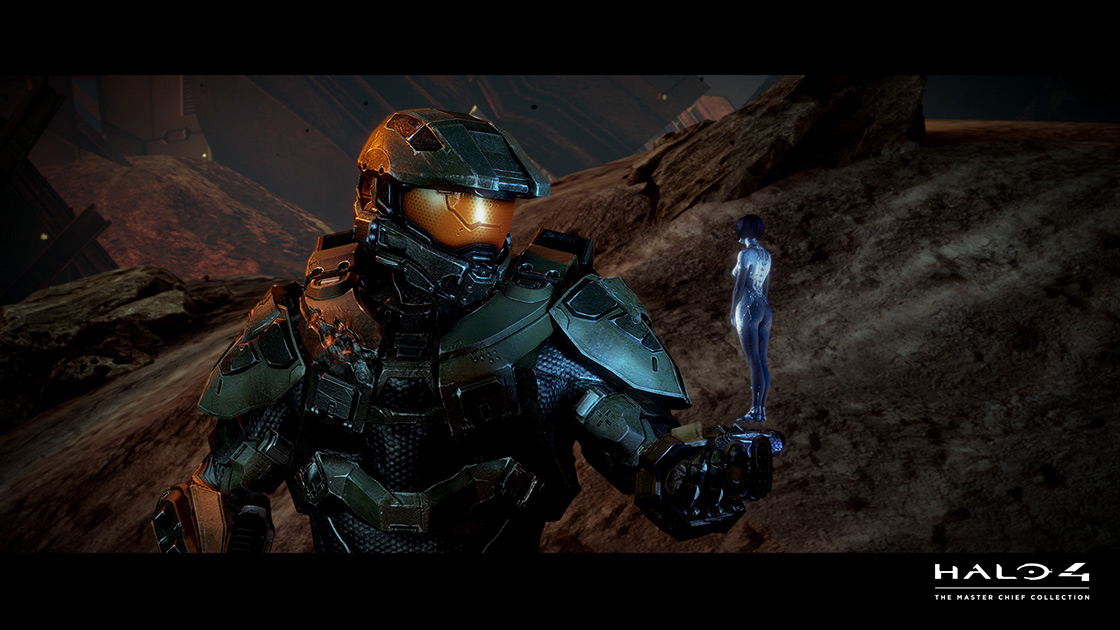 So, go forth, Reclaimer. Enjoy crossplay across Multiplayer, Firefight, and Forge for all titles within MCC. For those of you that got Rank 20 in Ranked Recon Slayer in Season 3, be sure to log-in between November 16-25 and enter into matchmaking to automatically receive your Avalanche Sniper Rifle Skin.

We're thrilled about Halo 4's arrival, don't get us wrong – but, we'd be remiss if we didn't give you a rundown on all the MCC-wide updates and improvements we've made - arriving today as well.

Halo 4, Halo: Reach, and Halo 2: Anniversary multiplayer have now added interpolation for 60+ FPS support on all platforms. And of course, we've added per-piece armor customization for Halo 4, new text chat filters to select from in the options, and player emblems are now visible in Reach and Halo 4 multiplayer to further add to how you express yourself in MCC. 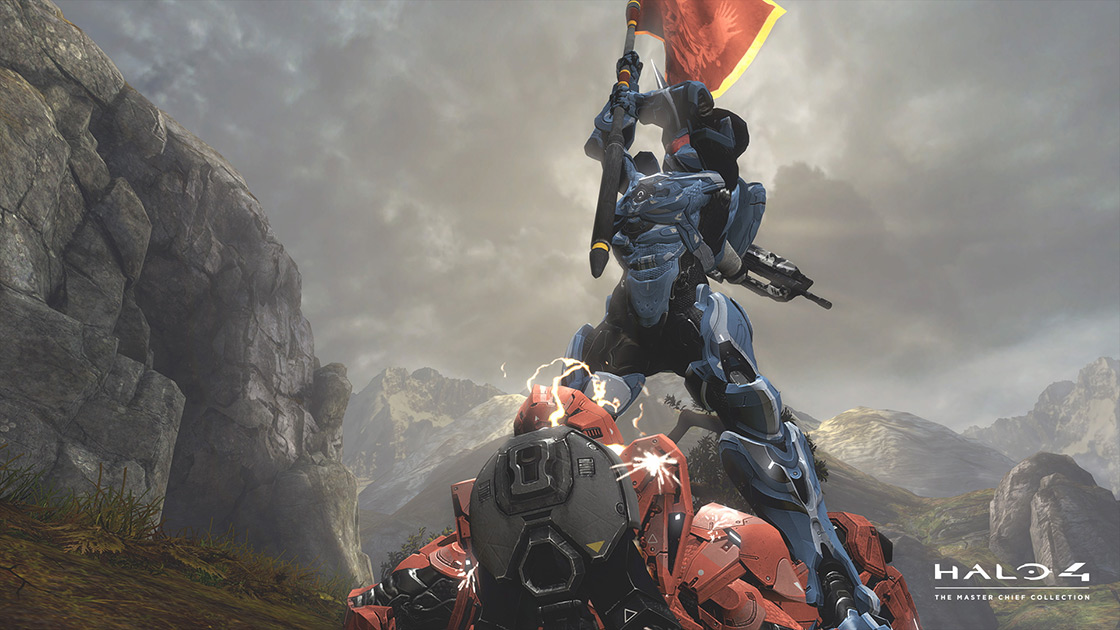 And on top of all of this, Halo 4 has never looked or played better. For those of you that are looking to test your hand with Forge, we’ve got increased in-game item budgets for you to work within. With a whole new set of PC and Xbox Series X|S-specific improvements to take full advantage of the new hardware our software is landing on, we couldn’t be more excited to get this in your hands.

With the arrival of our new friends the Xbox Series X and S, we've got a fresh set of improvements arriving to take advantage of the next-gen hardware, including:

The now-ongoing tradition of MCC seasonal launches is one that we take very seriously. Each season is a brand-new opportunity to add more ways to customize your Spartan and express your individual style - and with Season 4, we're adding more chances to do so for both Halo 3 and Halo 4.

With Season 4, we're adding 70+ unlocks across 50 tiers. (As a reminder, once you land on a new set of 10 tiers, each individual tier can be unlocked as non-linearly as you want – so feel free to pick and choose exactly what best suits your style.) Across MCC there'll be a whole new set of nameplates to intimidate your pre-match lobby with, and once you're loaded in you'll have new vehicle skins (for Halo 3) and weapon skins (for Halo 3 and Halo 4). 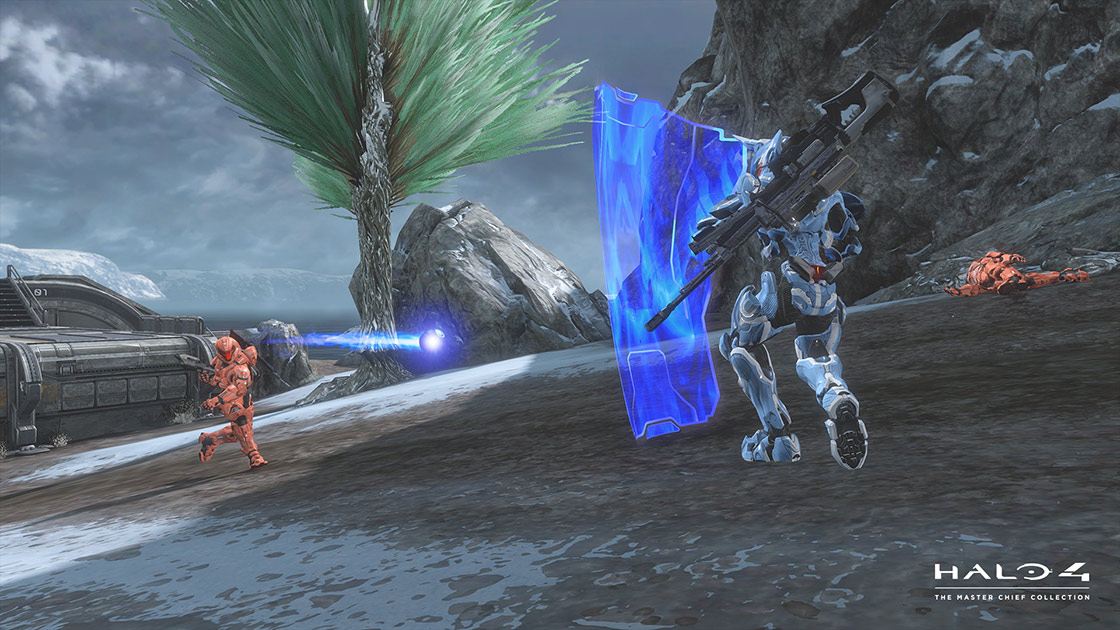 A brand-new seasonal challenge deck is getting added in as well, alongside some refreshed weekly decks. If you're aiming to make quick work of the seasonal challenges (and, given the new set of unlocks - we'd understand) we'd point you towards Halo 4's campaign, Spartan Ops, and matchmaking. To boot, with weekly decks more challenges will rotate in. So, go out there and grab some Season Points! There's plenty to use them on.

To celebrate the launch, we're going live with a stream later today with one thing in mind: Playing Halo 4 with the community. Join us! Thanks to crossplay, there’s never been a better time to go head-to-head with us in the interest of unlocking the Ice Unicorn nameplate – which, you’ll get just for matching in with us. Do yourself a favor and join in on over at our Twitch or YouTube channel. We’ll be live at 2PM PT today.

And of course, that’s not all we’ve got in store to celebrate the launch! We're also going to be giving out Double XP across all of MCC, from November 16-23. So go ahead, jump on in and bring your favorite loadout – we’ll keep an eye out for you in queue.

At launch, you can look forward to some brand-new playlists to sink your Scattershots into:

TO THE UNSC INFINITY, AND BEYOND

PC players can pick up Halo 4 on a few different digital storefronts of their choice:

While there are a great many teams that work in concert to bring it all together, the conductors on 343's Publishing Team are ultimately leading the charge for MCC. With the help of the Halo Insiders and the community's feedback, work continues on your most reported issues and feature requests. (And of course, future Seasons. But that tidbit is only for those of you that read this far into the blog.)

Some of these updates could still be under investigation or are part of an upcoming flight, but either way, we'd ask that you keep an eye on our MCC Development and Flighting Updates out here on Halo Waypoint.

Got something you want us to check out? Have an idea you want to send our way? Give us a heads-up over in the Halo Waypoint Forums, which is instrumental in helping to keep the team informed of what’s currently on the community’s most wanted list.

Be sure to use these forums for suggestions and feedback, NOT bugs and issues:

Having any gameplay issues? Something not working quite right? Give the Halo Support team a heads-up!

Before you file a ticket, do yourself the quick favor of checking the known issue lists:

As always, be sure to only file one ticket per issue to ensure our agents can help you out as quickly as possible.

With the arrival of Halo 4 on PC and Season 4, some might go so far as to consider MCC 'complete.' But, the truth of the matter is the Publishing Team is just getting started. The foundational work of adding six Halo titles to MCC on PC total has been one that’s taken a tremendous amount of time and dedication, but it has also been accompanied by four seasons of unlockable content and the introduction of crossplay.

We've got a lot more in store. If you want to join us on each upcoming adventure, be sure to keep your Halo Insider profile up-to-date.

Time and time again, the Halo community leaves us thankful. For the Halo Insiders that join us on wild adventures through early builds to make Halo on PC the best it can be. For the community on Halo Waypoint for always keeping us informed of what’s on the front of their minds. And for our entire community of players, who we can’t wait to see go hands-on with all of our latest work. MCC is for each and every one of you, and we're thankful for the opportunity to bring it to you.

From all of us at 343, THANK YOU. Your support, feedback, and partnership are key in helping us build the best MCC on PC we possibly can. We can't wait to set-up our loadouts and drop into some Firefight, BTB, and so much more alongside you – no matter what platform you play on.

While we're thrilled with where we're at, we're always a fan of reflecting on where we've come from. Should you want to join us on a trip down memory lane, be sure to check out our latest monthly development updates, which cover the team's latest progress in-depth.

Stay safe out there,
-Andy 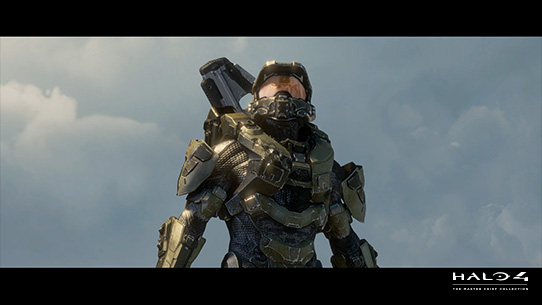 It’s crazy to think that this time last year, we were on the eve of Halo: Reach joining MCC and helping bring the first game in the collection to PC. What a year it has been, 12 months and six games later, we’ve accomplished what we set out to do! This month’s update is going to be a bit smaller than previous ones with the launch of Halo 4 earlier this month and then the holidays, but there’s still a lot of goodness to be shared, so let’s take a look at what we are going to cover in this update. 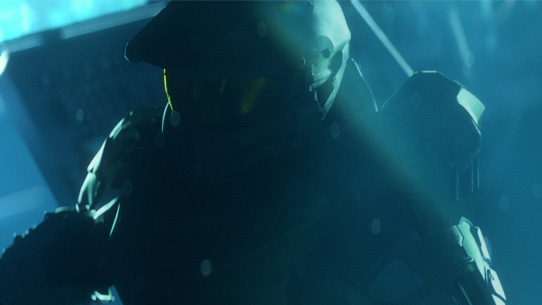 Welcome back to another MCC Development Update! This month we're closing in on the release of Halo 4 for PC and talking about our current Halo Insider flight, upcoming next-gen enhancements, new upcoming features and content, and more. 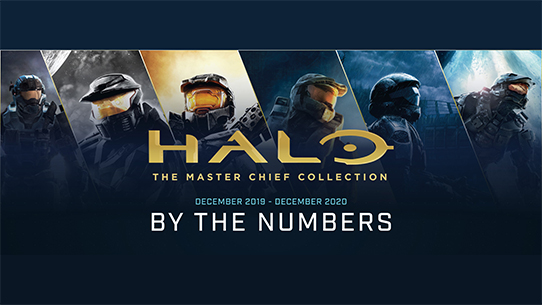 Welcome to the latest and greatest MCC Development Update. Our December 2020 blog will be talking about the Great Journey of bringing MCC to PC. With it, we wanted to take some time looking back on the year, talk about tomorrow’s game update, and hear some of the team’s personal reflections on the development road we’ve all been on.