All Units! A fierce and fiery new ally is joining the fray in the UNSC’s battle against Atriox and The Banished. Lt. Colonel Morgan Kinsano, the first of many new add-on leaders coming to Halo Wars 2, is available for use in all multiplayer modes and brings an exciting array of new, incendiary units and game-changing abilities to the battlefield. Get Kinsano now for Xbox One and Windows 10!

Lieutenant Colonel Morgan Kinsano was once a key insurrectionist leader in the Outer Colonies, leading a political and military campaign against the Unified Earth Government for the independence of her homeworld. Though Kinsano’s world was spared in the initial Covenant invasion, the aliens took almost everything else from her: family, friends, and even old enemies. Joining the UNSC to protect her home was a bitter pill for the political firebrand, but survival trumped all ideology.

Known as “Inferno” to her comrades, Kinsano is not as disciplined as other UNSC officers, but her ruthlessness and inspirational presence makes her one of the most respected Marine leaders aboard the ship.

She takes to the field in her personalized Flame Cyclops, leading the Firestorm Battle Group, a strike force of ODSTs, Marines, and Hellbringers that specialize in delivering promethean fire to the enemies of humanity.

From a gameplay perspective, Kinsano embodies new playstyles and opens up new tactics with her focus on destructive and powerful fire damage that can quickly lay waste to enemy infantry and structures alike. But commanders should take note, despite her effectiveness against ground-targets, Kinsano and her allies have shown particular vulnerabilities to aerial assaults.

Kinsano’s unique units include new and upgraded infantry and vehicles to literally turn up the heat on anyone foolish enough to stand in their way. These units can be played in Blitz and Blitz Firefight via their respective cards or deployed from bases in Halo Wars 2’s other multiplayer modes. 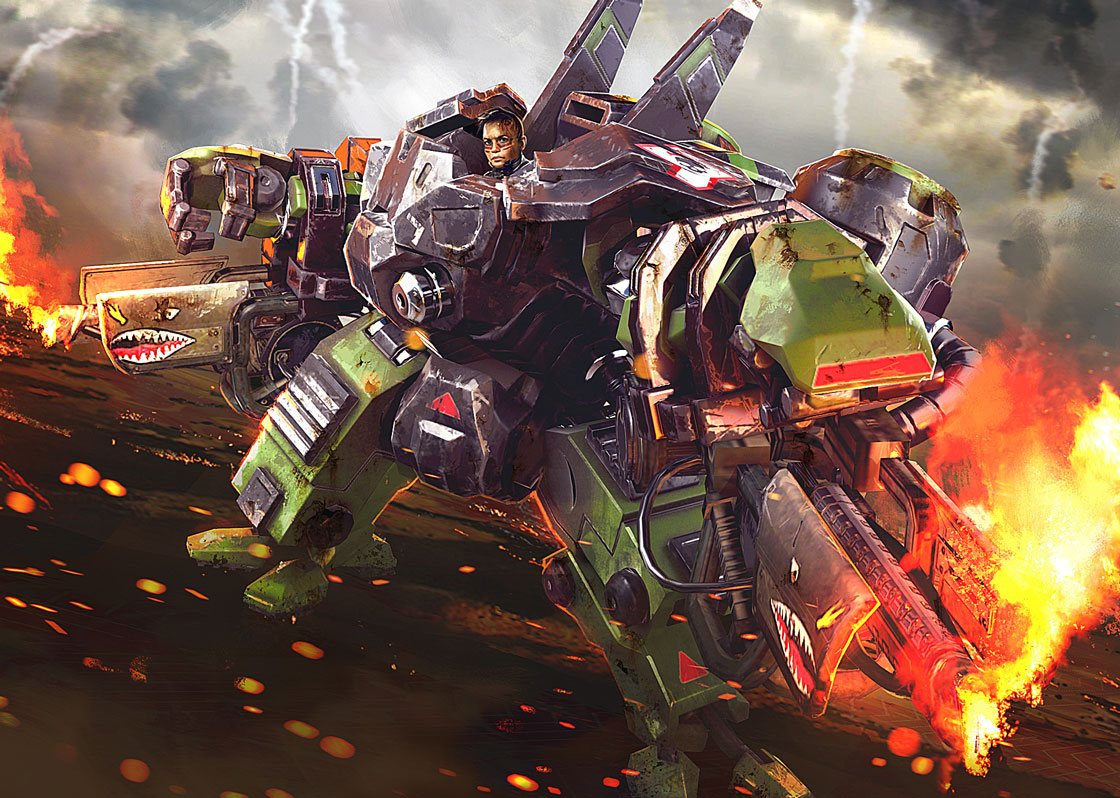 The Colonel’s personal front line Legendary Unit is a massive, powerful Cyclops mech that’s been modified with dual flamethrowers making it particularly lethal at close-range and extra destructive against enemy structures. The special Flamewall ability creates a wall of fire, incinerating anything caught in its path. 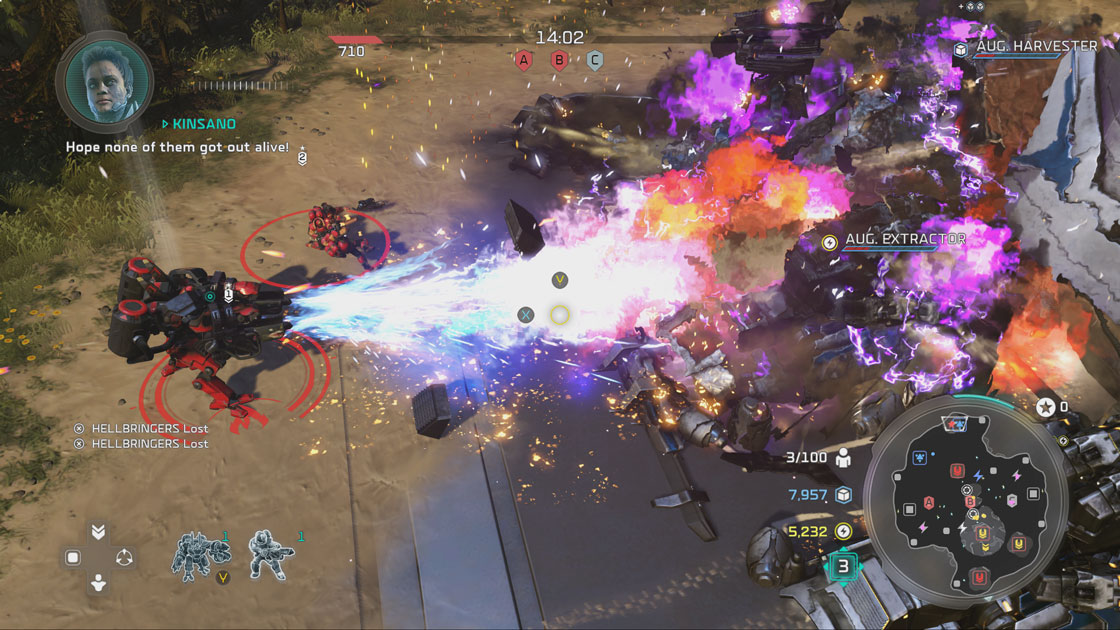 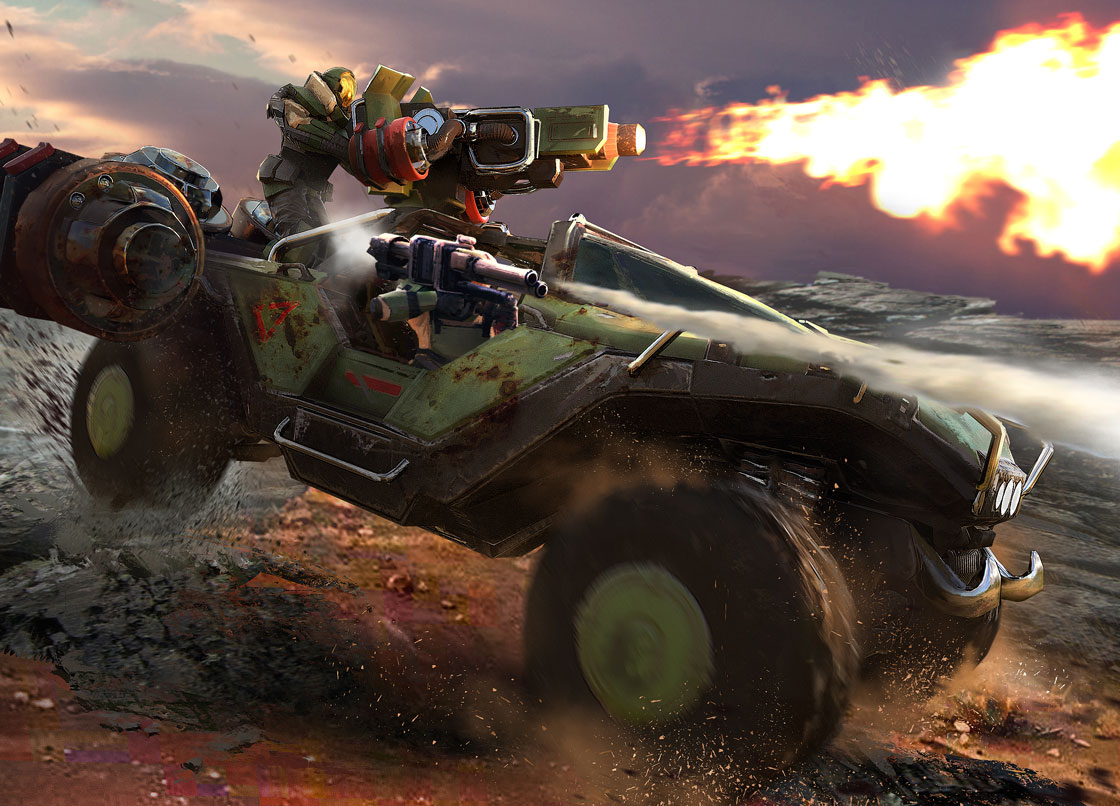 The iconic Warthog has long been a staple of the Halo Universe and one of the UNSC’s core assets but Kinsano and her team are bringing a new twist to an old favorite by replacing the tried and true chaingun with a flamethrower. The Flame Warthog is tougher than a regular ‘Hog and specializes in close-range, AOE combat offering higher effectiveness against infantry and structures while being slightly weaker against air and vehicles. 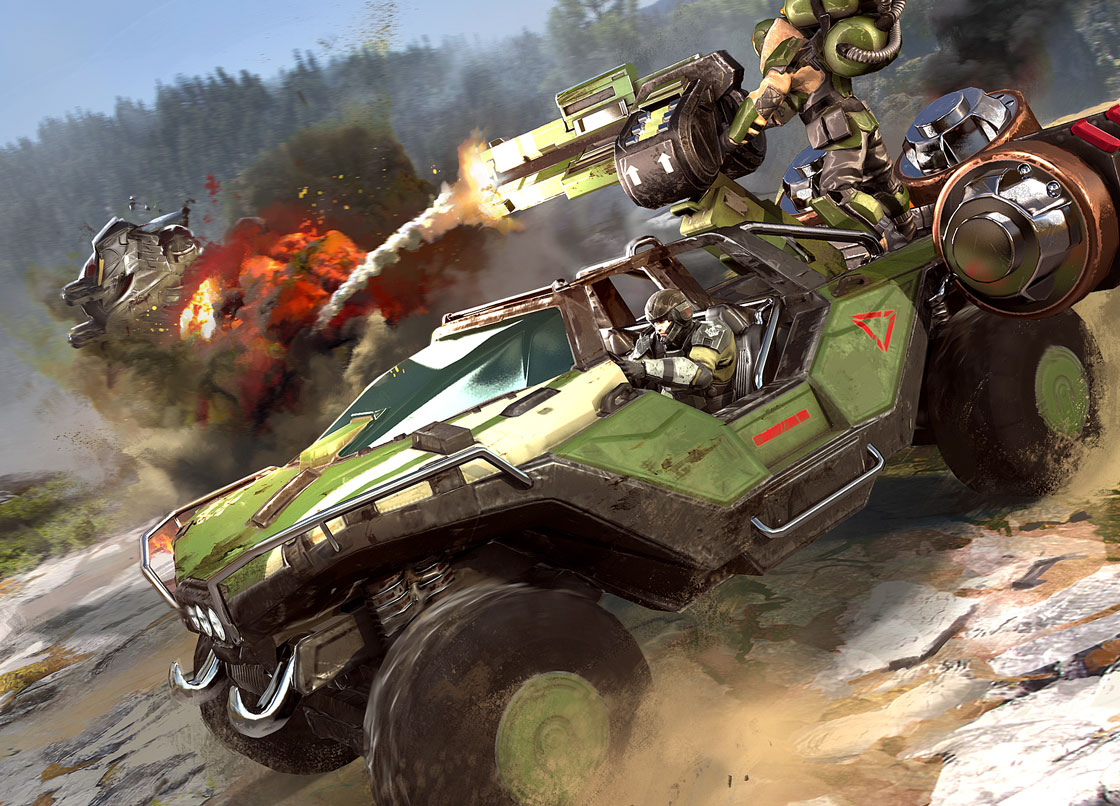 The Veteran Flame ‘Hog is an upgraded, slightly more expensive version of the base Flame Warthog that has a bit more damage resistance and packs more punch thanks its incendiary grenade launcher. A step-up from the base Hellbringers, these veterans come at a higher cost in exchange for great damage output and resiliency. Hellbringers are particularly adept at countering enemy infantry units.

As impressive as her new units are, Kinsano has even more to offer in the heat of battle via several unique abilities. 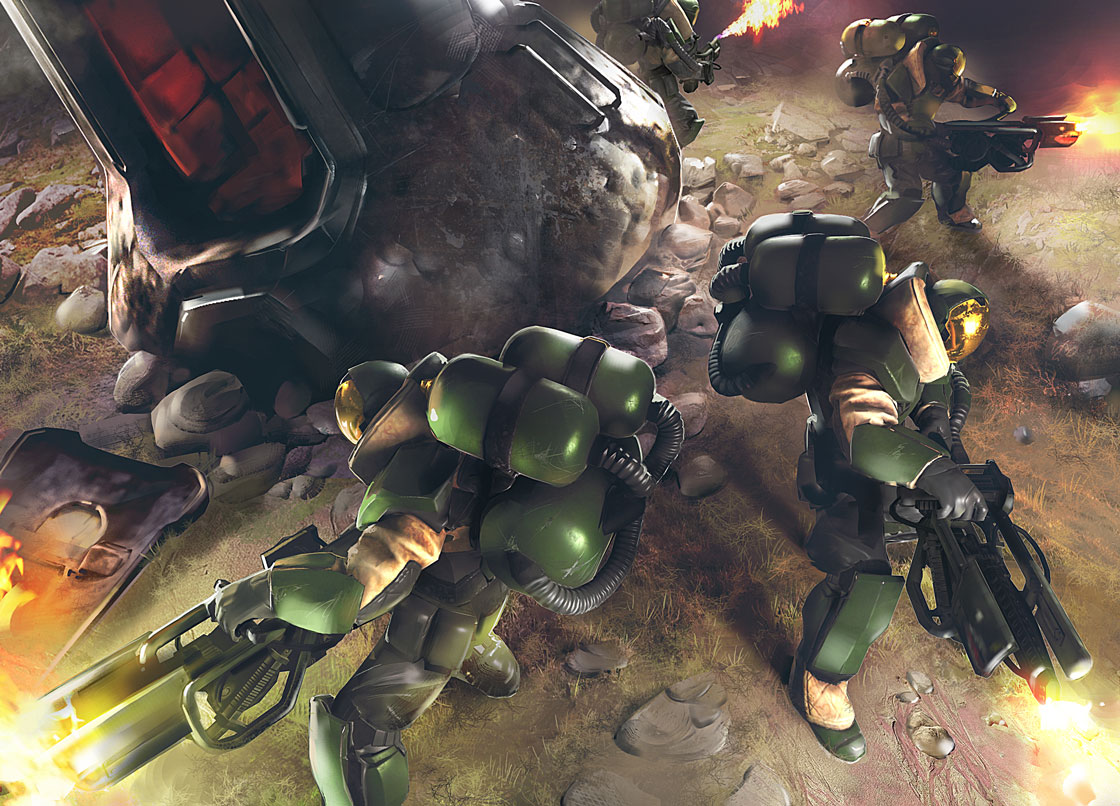 The Helldrop takes the classic ODST drop to the next level as drop pods rain down from the sky, explode in a blast of fire and unleash a squad of flame-throwing Hellbringers to burn down any enemies left standing.

Kinsano is fierce and ruthless on the front lines and when the need arises, can inspire her troops to new heights with special abilities such as the Hellcharge. When activated, this ability provides a status buff to friendly units to briefly increase their speed, damage output and cause them to explode if they die while under its effect. 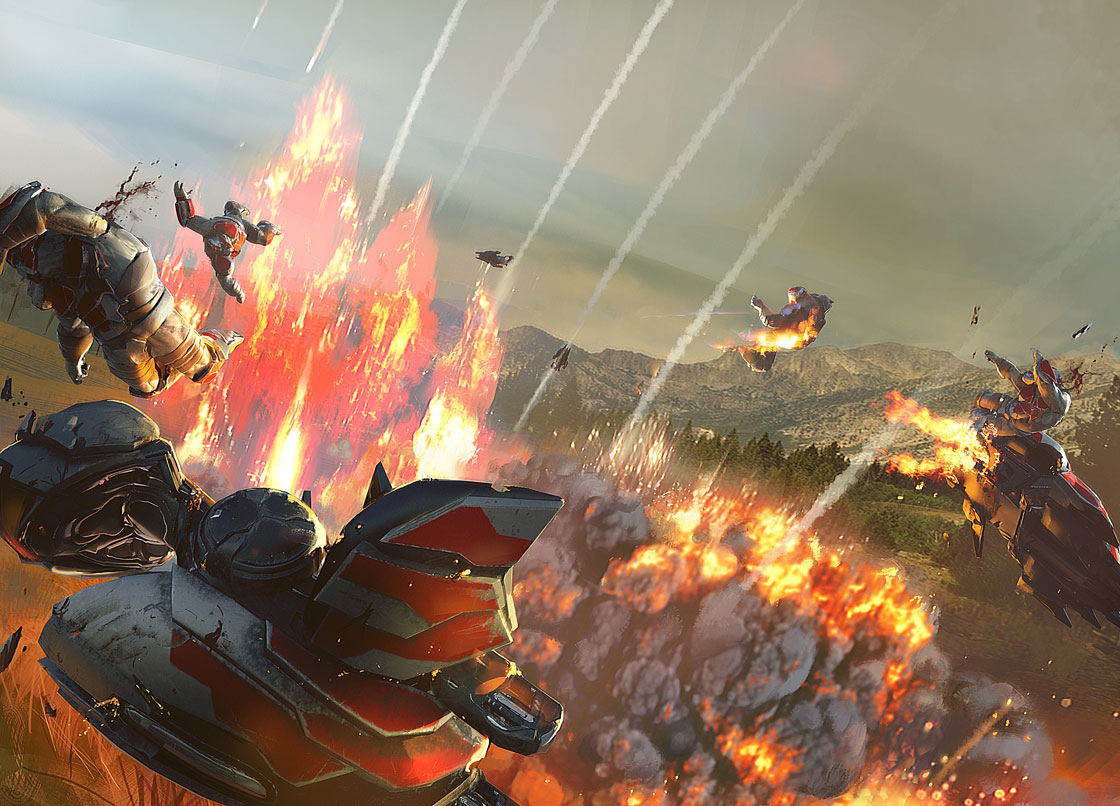 Sometimes a more direct approach is needed to deal with serious threats and when Kinsano’s units or friendly buffs won’t do, she can call down a Napalm Missile strike to annihilate anything caught in its path. The strike is similar to that of Captain Cutter except Kinsano has an added damage-over-time burning effect which is powerful against infantry and structures. 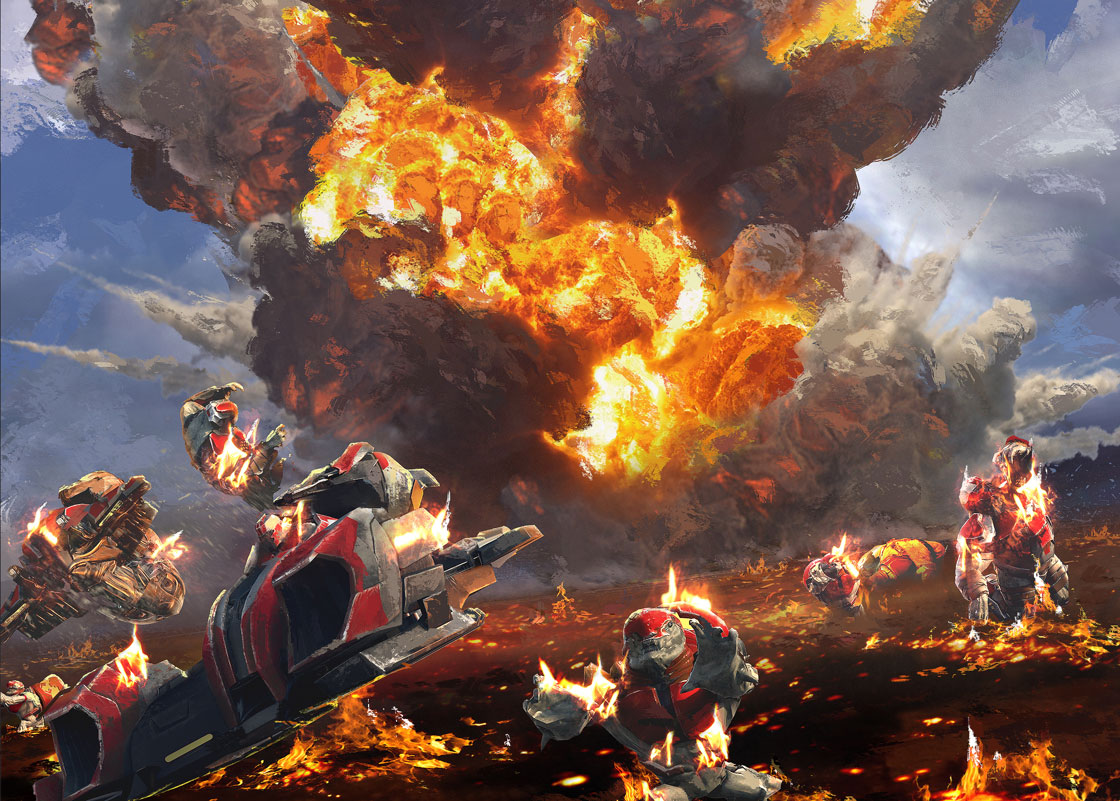 When all else fails (or when targeting something massive like an enemy base), Kinsano can call upon her ultimate offensive power – the Inferno. This ability is expensive to use but unleashes a massive blast of fire leaving behind a long-lasting burning effect to anything caught in its large radius. 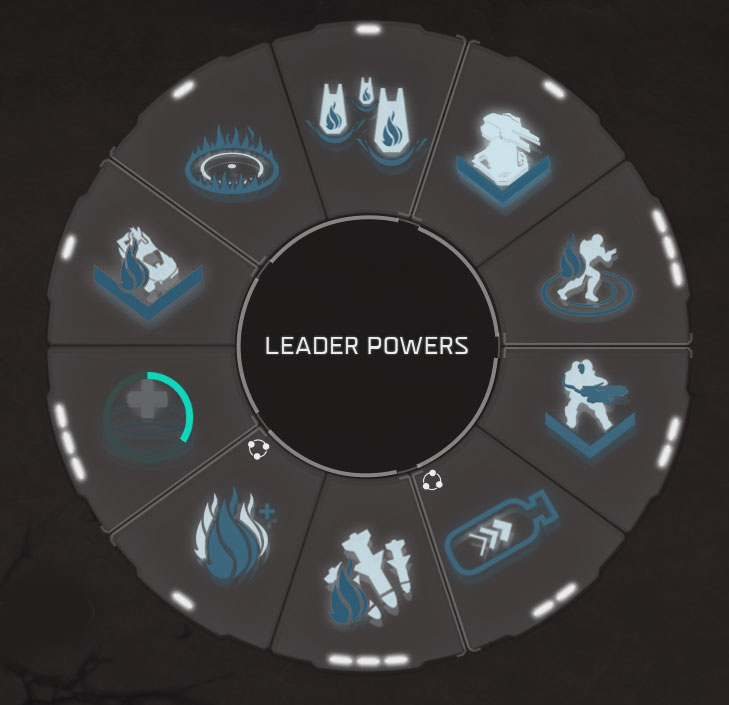 A few of her more noteworthy abilities include:

The Kinsano leader add-on, the first post-release content for Halo Wars 2 on both Xbox One and Windows 10, is included with the Season Pass or can be purchased individually for $5.99. Going forward, players can expect a new Halo Wars 2 content drop every month and can look forward to more leaders (each with unique units and abilities) in addition to a couple of new campaign missions. Stay tuned to Halowaypoint.com for the latest and greatest Halo Wars 2 news.

In addition to the Kinsano release, players will also receive a new Halo Wars 2 patch today that includes a myriad of fixes, improvements and balance changes. Get the full details in the latest Halo Wars 2 patch notes here on Waypoint.

If you’ve yet to jump into Halo Wars 2, be sure to check out the recently released demo available for Windows 10 and Xbox One for a sample of the campaign and the all new Blitz Firefight mode!