If I am to die this night I will make sure it does not pass quietly. 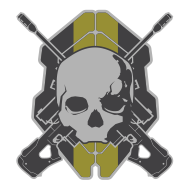 In Honor of the AWV and ROE

///INFO///
.We are a Social/Competitive CLAN, meaning we run off a ranking system similar to the real life millitary, so respect and cooperation is key to staying respected and keeping your rank
.We do not tolerate disrespect towards other members, this includes tea-bagging or clamming, racist or sexist remarks and any of this behavior will be dealt with appropriately
More will come soon as the clan progresses.

///AWL///
AWL ROE
The following rules are the official Rules of Engagement that the Ark War Legends clan chooses to abide by for all forms of training and practice. They are intended to be adapted for compromise during ROE discussion with enemy or skirmish ally clans.

Gametype requirements:
Players will be provided with a minimum of one assault rifle and one pistol, and at least one frag.
Teams will be turned off.
No augmentations to player movement or performance are allowed, nor any handicaps.
Score, time limit and ammo must be unlimited.
Machinima mode must be turned off.
Again, these Rules of Engagment are used by the ROA to practice raiding within the clan. It is otherwise intended as a template for compromise in regards to use with other clans.

Win/Loss Conditions:
Defenders must hold the map for one hour straight to win.
Attackers must take the base, have complete control, then hold for 30 minutes to win.
Time countdowns are restarted when control is disrupted by four or more of the opposing team entering the base.
Ending the game or booting people results in an immediate loss.
Breaking any of the rules stated in this set of ROE will result in a penalty the first offense, and a forfeit the second offense. If a defender of the base breaks a rule, they must reset at spawn. If an attackers breaks a rule, they must reset at spawn and put down their controller for ten full minutes.
.

I think assassinations were a very welcome addition to halo. They are iconic at this point. Even in Halo 5, the assassinations were great. Ya they had some thruster ones that didnt make sense but every one of them was cool. From from flipping a dude ...