Summary: Leader of Formal Focus. Competitive-minded and consistent Halo player since Halo 3. Xbox Live Gold member for 11+ years. Xbox Insider for 5+ years. Big Team Battle is my passion. I create gameplay opportunities through teamwork and leadership. I persevere by being mentally stronger and more mature than the opposition. The light in the dark. The point between rage and serenity.

My Halo Timeline: Beat Halo CE & Halo 2's Campaigns on solo Legendary (PC) before buying an Xbox 360 & Halo 3 in early 2009. Focused mainly on collecting achievements. I then discovered competitive Halo (MLG at the time) & began watching online tournaments every chance I got. Since then I've kept up with the competitive Halo esports scene closely & am a dedicated spectator/fan of many players. Due to school & a lack of close immediate support I would never compete in tournaments myself, but I've always had a strong interest in playing Halo competitively no matter the situation. For me, having fun in any multiplayer game means winning & learning how to do so in the most skillfully efficient & teamwork oriented way possible. My Halo "timeline" in chronological order: 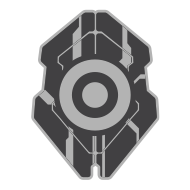 As a group of experienced and competitive-minded Big Team Battle ("BTB") gamers, we founded Formal Focus in late 2020. We are dedicated to forming the most mature and open-to-criticism group of BTB players possible while also strongly prioritizing in-game skill. We enjoy perfecting our overall teamwork and learning as one cohesive unit. By only 'formally focusing' on what really matters, we are unimpeded by misplaced confidence, ego, or drama; traits that prevent the majority of online communities from being successful or enjoyable long-term options.

Ultimately, we value quality over quantity and class within the BTB community. This is reflected in recruitment, which is currently by invitation only. However, if you still feel you can be an asset in both skill and personality, fill out an application on our website or reach out to Genesis Rider. Technically the "leader" of Formal Focus, Genesis Rider confers with his fellow members before adding new players. Only outstanding applicants will be contacted.

Scrim Status: We are still concentrating our efforts towards recruiting compatible members and also producing consistent high quality Twitch and YouTube content. While this will always be a 'continual' process, we will only begin running scrims when the back end infrastructure has reached a level of self-sufficiency and our team members are all well practiced on a single Halo title.

Thank you for visiting our Waypoint Spartan Company page. We value your time and appreciate the visit!