Hey, my name is Joshua-310, and I'm a Spartan born on, well that's classified. I'm a Spartan II drafted into the Spartan III Headhunter programme, my partner is Jacob-258, a Spartan III. I'm characterised by my peers as cool, calm and collected, you know I'm doing work when the comms are silent because that is when I'm at my most deadly. I run a magnum and silenced smg similar to that of ODSTs but switch the smg for a sniper for ops that require a less forward approach yet that role falls to my partner the majority of the time. The reason for my drafting into the Headhunter programme was because I did not conform with UNSC regulations, they wanted rid of me, they saw me as a threat to their pet soldiers obedience but I refused, you can't expect obedience after years of torture. Don't get me wrong, I fight for humanity, I don't fight for ONI, they saw the Headhunter programme as the quickest way to have me killed on some kind of suicide mission, I gratefully accepted becoming my own boss being given a goal but not a specific way of how to achieve it. This worked for me perfectly and I have countless classified missions under my belt, ONI's plan to have me killed failed, I was just to damn stubborn to die, yet they now see me as a tool of destruction. Send me into a warzone, and the war will be won soon enough with me standing on the side of the victor, I never lost, if I did it would be my last, it would be my death. 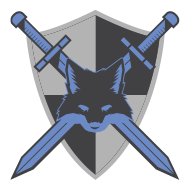 Audiobook was good, the person who narrates it i believe is the same person from new blood so yeah was a good listen.