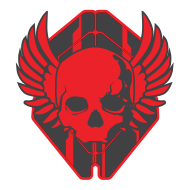 Welcome to Reclaimer Squadron! All are welcome to join.

**Clans Mission-
"We are going to put an end to silence on the halo multiplayer platform. We will bring friends all around the world back to halo. There will no longer be as long as we stick together a last man standing. We will dominate the multiplayer of halo in all versions of the game. Most importantly we will bring back the fun old days of halo that we all may of experienced with halo 1 playing coop with our best friends on a day we all did not want to go outside.”

Rank System, is listed below and will be displayed in your Clan tag with your rank first then hyphen the clan name such as:
(AIRM-RAS)

FOR HALO 5 GUARDIANS Color:
YOU ARE NOT REQUIRED TO HAVE THIS UNIFORM BUT IF YOU ARE INTERESTED IN LOOKING PART OF THE GROUP THE COLORS ARE:
Primary:
PEPPER
Secondary:
VERMILION