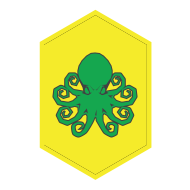 Almost certainly a proper technical term for the female organ(s) - consider the number of similar-sounding terms in both Latin and Germanic languages. Became a taboo word simply because it related to both sex and femininity - but many prefer it, finding that other everyday terms like "pussycat" just don't have the right sound.

2) stupid/contemptible person of either gender
Only in America is this considered a specifically misogynistic insult. In Britain it is most likely to be heard amongst men quarelling.
Don't forget to teabag.