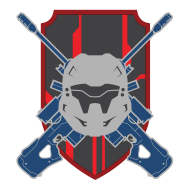 We are the Sharpshooter Stormtroopers and we are looking for a few good men and women to wreck these Spartan scrubs and climb the ranks. Ever since the new management, the galactic empire has become such a drag since Kylo Ren keeps throwing temper tantrums. We get it Mr. Ren, you don't like vegetables but that doesn't mean you have to ruin Taco Tuesday for the rest of us. You don't have to ruin our space balls league cause you hit like a girl. You never be as good as Eliminator Vader. They may have Death Star but we have Master Chief. Our main objective, as of the new update, is to acquire the new Achilles armour through the Spartan company kill commendations. We only have a few requirements.

Requirements:
1. Be age 18+ (we are Stormtroopers not babysitters)
2. Be active (if inactive for 10 days or more you will be kicked but if you have a legit reason just message me or one of the leiutenants)

If you just want to join to leech the commendations that is okay as long as you are contributing. By contributing we don't mean you have to play with members but just keep an eye on what commendation needs work on and incorporate it into your play. Alot of our commendations are at rank 2 so this is the optimal time to join if you want the Achilles armour. We are heavily into warzone at the moment but we do play some arena here and there. Let us know if you have someone else who wants to join before we reach our goals or they will not get rewarded.

If your reading this Mr. Ren we just have one last Message for you.

CPT HueyThaGr8 - Very knowledgable within the casual and pro halo community and is a dedicated support and boss slayer. When he's not helping out his teammates, he's turning the other team's home base into a giant outhouse because they all soil themselves from his REQ pressure.

CPT Kim Jong Un - When he's not dictating North Korea he is driving a mean warthog who has 3000+ wheelmans and will turn any mediocre gunner into a savage killer who can change the tide of battle. If you can't kill them he turns them into road kill under his tires. No one knows the fury road like Kim Jong Un

Thurman1Murman - If he's not getting 40+ kills he's getting 8+ boss kills. These promethians and covies have a huge bounty over this ruthless killer who manages to snag that boss kill by any means necessary. The other team has one extra legendary boss to take care of and its Thurman1Murman if he hasn't turned their team into a bunch of tutu wearing, sissy, sad excuse of Spartans by then.

Ask them anything and they are willing to help.