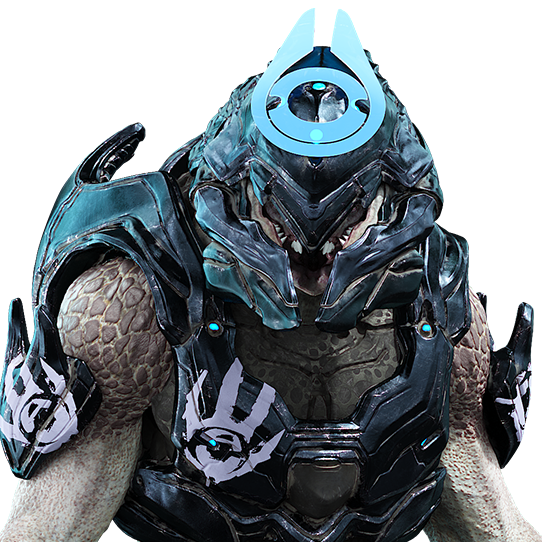 During the Human-Covenant War, Jul ‘Mdama served as the shipmaster of the ORS Heavy Cruiser Blight of the Profane during the latter third of the conflict. Followng the close of the thirty year conflict, he became belligerent to the pro-human movement spearheaded by the Arbiter, which inevitably led to an affiliation with the extremist sect called Servants of the Abiding Truth. During the events that followed, ‘Mdama was abducted by humans and locked away on the shield world of Onyx. He eventually escaped through a Forerunner portal to Hesduros—a Sangheili frontier world where he initiated his campaign to awaken the ancient Forerunner known as the Didact. Now called the “Hand of the Didact,” this Sangheili leads an extremely fanatic resurrection of the former Covenant, fiercely attempting to uncover all of Requiem’s deepest secrets. 'Mdama's armor is the standard Zealot brand, though it is garnished with the symbol for the Hand of the Didact on the harness and an elaborate holographic design overlays his helmet.

After the Didact’s defeat at the hands of the Master Chief on Requiem, Jul spent the next six months attempting to obtain and employ Forerunner technologies. His efforts eventually centered on an artifact and location called the “Librarian’s Rest,” which was believed to hold a fragment of the Librarian’s essence, if not the Librarian herself. In order to activate the artifact, Jul employed a number of different strategies, including the capture of Dr. Henry Glassman, who was forced to try and free the Librarian. After multiple attempts to access the artifact failed, Jul turned to an even more promising option: Dr. Catherine Halsey. After abducting the ONI scientist from the UNSC Infinity, he set her to the task of finishing what Dr. Glassman could not. As it turned out, Dr. Halsey was indeed able to activate the shrine, where she was able to communicate with a contained essence of the ancient Lifeshaper.

Upon returning from the shrine, Jul found Halsey in possession of the Janus Key, taking an artifact from her that he assumed was the entire piece, not realizing she still held onto the other half. At that moment, Fireteam Majestic and Spartan Commander Sarah Palmer descended upon Jul’s team--both after Dr. Halsey, but both with different orders. While Fireteam Majestic had been sent to rescue Halsey, Palmer had been sent to assassinate her. In the fray, Jul ‘Mdama made off with Halsey to the safety of his fleet, which he directed to leave Requiem as he set in motion commands to direct the shield world into the nearby star. As of one month after the events on Requiem, the UNSC deployed the UNSC Vociferous to locate 'Mdama and Halsey. Their current whereabouts are still unknown.

In July 2558, ‘Mdama’s forces converged with the Infinity on Aktis IV, where a series of skirmishes and subterfuge would result in ‘Mdama acquiring both halves of the Janus Key. With the complete artifact in hand, his forces made their way to the Absolute Record – a Forerunner site said to give access and coordinates to all Forerunner technology in the galaxy. In the end, his efforts would be in vain, as neither Halsey nor the UNSC forces that had followed them would be enough to overcome the tests – both mental and technological – that stood between them and unrivalled power. Denied access to the Forerunner technologies, and double-crossed by Halsey herself, ‘Mdama was forced to lay siege to the Absolute Record's local facility.

With her usefulness to ‘Mdama was rapidly drawing to a close, Halsey led Jul and his forces to the frigid world of Kamchatka. Unbeknownst to the Sangheili warlord, this trip was in actuality a trap set by Halsey, who planned to rendezvous with the UNSC in order to escape the Covenant leader’s clutches. With his forces beginning to fracture, and any influence over Promethean forces evaporated, 'Mdama would prove no match for the Spartans that arrived to reclaim Halsey. Led by Spartan Locke, Fireteam Osiris arrived on the planet and quickly located their objective. Their rescue mission proved successful, and in the process, ‘Mdama and his Zealots would meet their end and would serve is one of the final nails in the Covenant’s coffin. 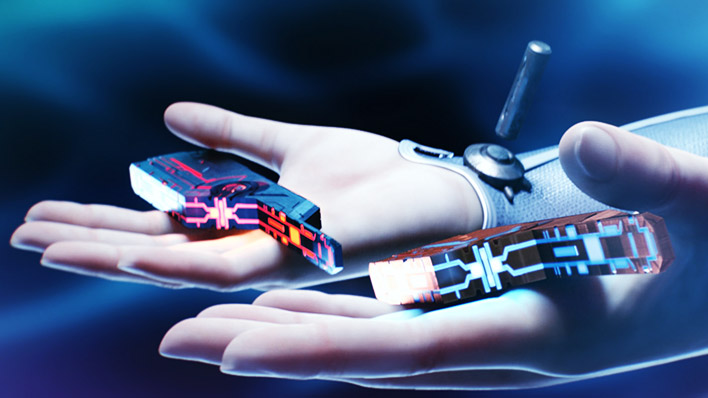 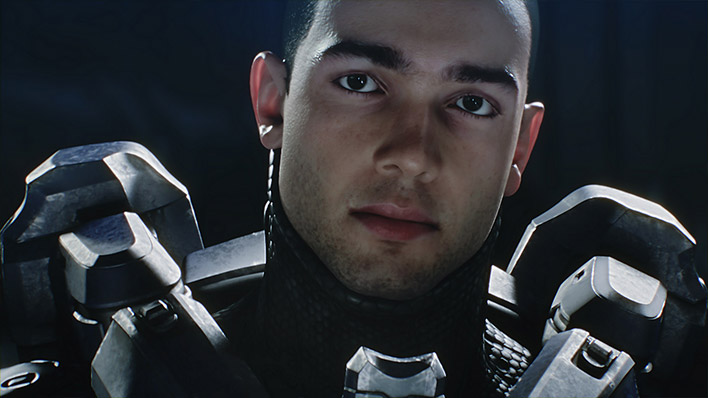 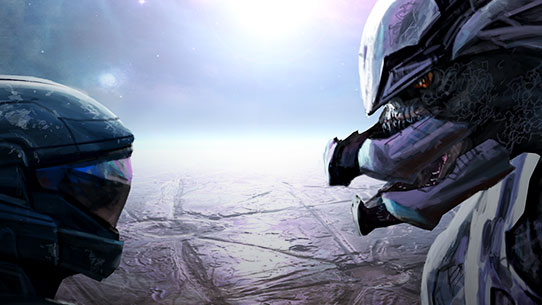