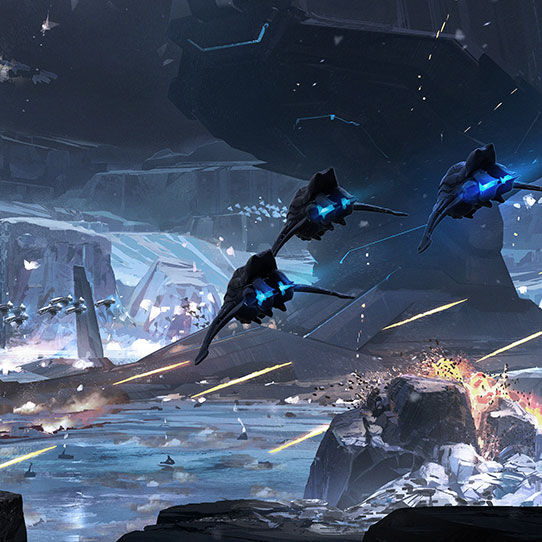 Kamchatka would have remained an obscure world at the fringes of civilization but for the presence of a Forerunner communication hub that flared to life in 2558, attracting the attention of both Jul ‘Mdama’s Covenant and the UNSC.

It is unclear what role that Kamchatka played in the Forerunners’ galaxy-spanning ecumene or reasons for its recent activity, beyond it serving as a link in the long-dormant Domain – the Forerunner knowledge network that once linked their empire together.

The planet itself is obviously a product of some level of megascale engineering, though there is a curious lack of obvious Forerunner facilities on its surface. Other, larger, structures are buried under the snow and ice but no detailed surveys have yet been conducted to assess their condition. The first Forerunner site of its kind to be discovered, none know what to expect when they work their way to its heart.

The Stormbreak mountain range is the broken spine of Kamchatka, mended a  thousand millennia ago by the Forerunners' godlike power. Shortly after Kamchatka's discovery, the UNSC set in motion a plan to establish a military complex and power station to control the planet's Forerunner sites.