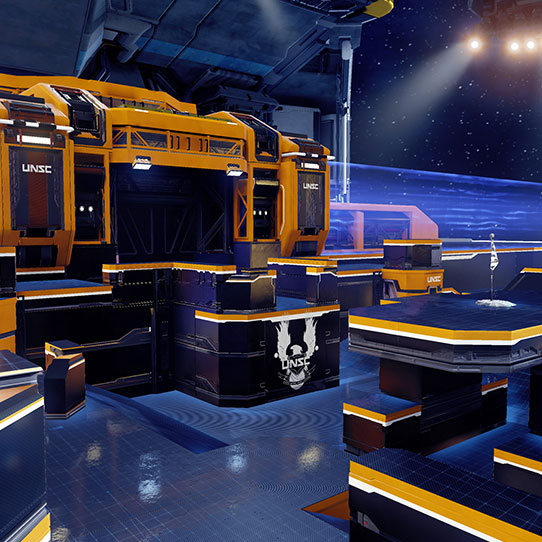 Created shortly after the activation of the SPARTAN-IV program, orbital combat stations such as Munera Platform A7 are designed as a discrete, self-contained , capable of simulating a vast number of terrains and scenarios. Utilizing War Games technology, the platform can readily generate any environmental schema using advanced holographic and hard light technology. Although it can cater to a number of practical scenarios, it’s most common involves two surgical fireteams facing-off in a symmetrical, or semi-symmetrical arena.

Sponsored by weapon and armor manufacturers, corporations are able to analyze the raw data on these simulations, allowing them to better enhance their own product while the UNSC leverages these events to train and hone Spartans during periods of relative peace. Combat orbitals have subsequently been utilized by all of the UNSC’s Armed Forces, garnering a large internal following, becoming something of a spectacle within ranks, fostering cross-branch competition. Munera Platforms exist across human-occupied though Earth and Mars presently have the largest numbers.