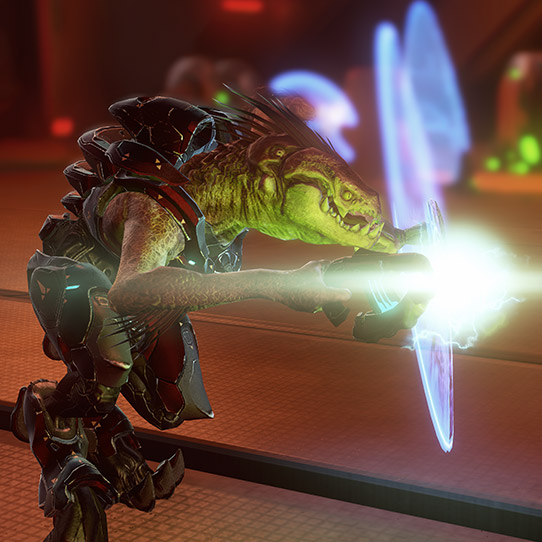 The Jackal and Skirmisher are the human names for a saurian species within the Covenant known as the Kig-Yar. Their physical attributes lend toward scouting and sniper roles, and they are often encountered wielding portable energy shields.

Self-driven and motivated entirely by personal desires and needs, the Kig-Yars’ savage and hostile approach to life has been the source of their greatest resiliency. When the Covenant first arrived with small contingent fleets, the Kig-Yar’s ruthless pirates and mercenaries met the enemy headlong in battle, which began a protracted naval campaign. In the wake of the Covenant’s fall, Kig-Yar society shows the least long-term effects of Covenant influence. In fact, the Kig-Yar ceded nothing culturally during their time in the Covenant, seeing it more as a business arrangement than any true spiritual campaign.

Kig-Yar social structure has its roots in an early form of despotic matriarchy. While their global government would later spread power more widely, females remained at the apex of the power structure, controlling not only breeding rights, but also territory, familial organization, and control of major assets. Even within the framework of the Covenant, Kig-Yar female royalty often became shipmistresses within the Navy, effectively managing all combat or patrol engagements. While males made up the bulk of Kig-Yar presence in the Covenant, the real power remained with the females. This matriarchal government continued well after the collapse of the Covenant’s original hegemonic framework and power structure.

Unique even among the diverse assortment of client species within the Covenant, the Kig-Yar have shown incredible genetic variation within the species. Most xeno-biologists attribute this unusual variety to specific evolutionary pressures applied by unique ecosystems. The following three physiological types (all males) are the most prolific within the Kig-Yar species, and are the best practical theories to explain their physiology:

Ruutian (Jackals) originated from the continent of Ruuht and has been the most commonly encountered variation within the Covenant. Their most distinctive features are their large, opaque eyes, raised head-quills, and long fringe-toothed avian beak.

T’vaoan (Skirmishers) originated from the asteroid of T’vao. Slightly stronger and quicker, this subspecies carries numerous traits that appear to be new to the Kig-Yar populations. These include a blunt bird-like beak, a hardened callous loreal face-skin, and excessive plumage on head, back and arms. Xenobiologists attribute that the largely isolated populations residing on T’vao have been subjected to the most dramatic environmental conditions. Their asteroid homeworld has significantly higher gravity and a more challenging atmospheric shifts than Eayn itself, favoring Kig-Yar which have developed these impressive avian features.

Ibie’shan (Jackals) originated from the somewhat isolated volcanic island continent of Ibie’sh. As their homeland is not often visited by outsiders, the native communities have developed quite independently. The Kig-Yar who thrive there are believed to have changed the least of the entire species, carrying numerous trace characteristics of the earliest of their kind. These traits include large-toothed reptilian jaws, low-set serpentine eyes, and neck-biased quills that splay downward. While they are surprisingly reptilian, their key physiological traits, intellect, and their ability to effectively breed with other variants Kig-Yar prevent any serious effort at reclassification. 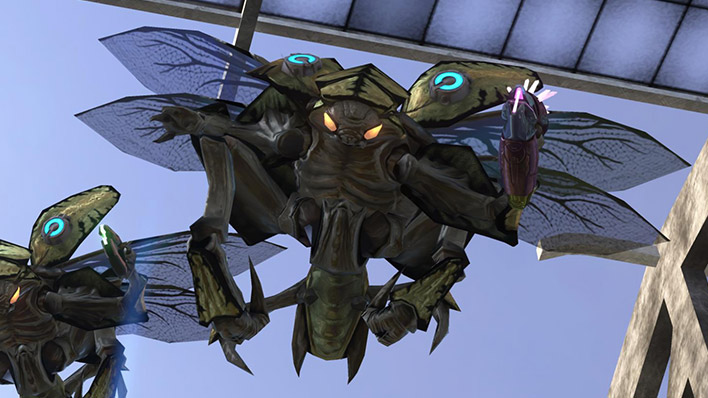