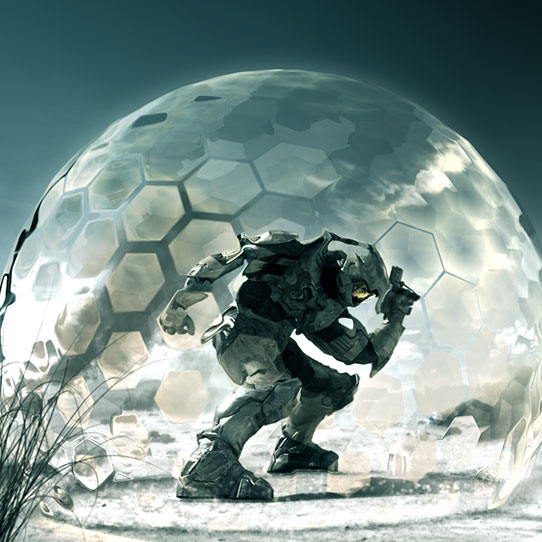 The Bubble Shield is a ‘dissipative’-style deployable shield system of Forerunner origin, used by Warrior-Servants to create temporary fortifications using a sphere of interlocking hexagonal force enfolder elements. A crude (by Forerunner standards) copy of the technology was later employed by the Covenant, based (ironically) on captured ONI prototypes recovered after the fall of Reach.

Due to its size, mass, and relatively short power cell duration, along with low rates of production, the Bubble Shield saw limited use during the latter days of the Covenant War. ONI itself manufactured a small number of the devices until 2555, when it refocused its shield research efforts towards Mjolnir-compatible emitters.