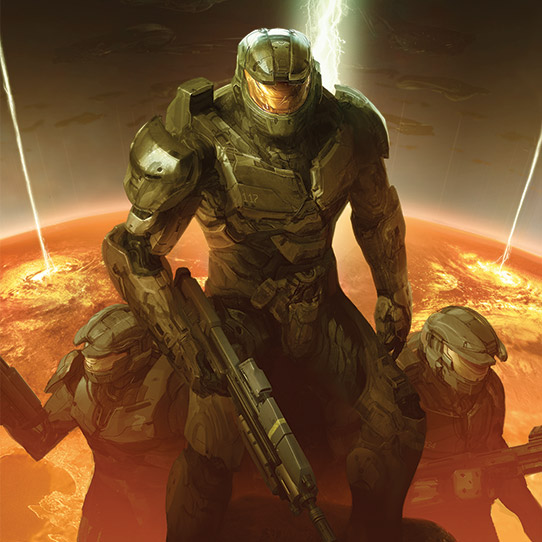 The brainchild of Dr. Catherine Halsey, Project: MJOLNIR was a revolutionary powered armor system envisioned as the counterpart to the SPARTAN program. When perfected, Mjolnir armor would enhance the combat abilities of the Spartan super-soldiers far beyond what their physiological augmentations were already capable of. Throughout its decades of development and refinement, Mjolnir became more than just a suit of armor, it became a symbol of humanity’s ingenuity, adaptability, and fortitude in the face of impossible odds.

Three generations of combat exoskeletons preceded Dr. Halsey’s work. The Mark I battle suit was the UNSC’s first attempt at creating powered though it remained a tethered testing platform during the entire span of its development. Mark II armor was similar to the Mark I, with incremental improvements in mobility and ease of use. Mk. III was the first battle suit to successfully operate without a though the suit had to stay within range of a bulky, immobile broadcast power generator.

GEN1 Mjolnir armor is characterized by highly idiosyncratic permutations and degree of personalization and performance tuning for each Spartan super-soldier.

The Mark IV ushered in a new era military and served as the basis for all proceeding MJOLNIR designs. It pioneered a compact fusion reactor that allowed for enhanced speed and strength, advanced neural interface controls, and the latest in composite armor technology. Coupled with the physical augmentations and reaction times of SPARTAN-II super-soldiers it proved to be a game-changer in the war against the Covenant. Upgrades and permutations of the Mark IV remained in use until after the Covenant War.

Considered an interim design by many, the Mk. V armor featured a more powerful fusion reactor, which allowed for the incorporation of energy shields, a feature that would prove vital to Spartan survivability. The Mk. V platform also allowed for the housing of a Smart AI within the suit’s , meaning that the user could combine enhanced reflexes and strength with access to battlefield networks and real-time intelligence assessments.

Mark VI contained upgrades to nearly every aspect of the previous Mk. V version. Improvements were made to the armor’s shielding against plasma-based weaponry, and a injector was added, increasing the chances for a wearer to survive more serious injury without immediate or external medical attention. In addition to these improvements, Mk.VI also introduced further mission-specific permutation packages, as well as upgrades to system reliability, redundancy, and ease of repair.

Loosely conceptualized by Dr. Halsey as early as 2535 CE, the Mk. VII never saw full production due to its complexity and expense. The Mk.VII featured limited energy shield shaping and an advanced nanotechnology repair suite. Ultimately, the UNSC determined that continuing to iterate on the SPARTAN-II focused GEN1 platform would see significantly diminishing returns, particularly in light of escalating costs and capabilities of the new SPARTAN-III and SPARTAN-IV personnel.

Generation 2 Mjolnir production uses a model, allowing the UNSC and its various corporate partners to iterate and evolve armor systems much faster and more efficiently than before. Primarily developed for the newer SPARTAN-IV program, GEN2 Mjolnir on integrating the vast majority of the armor’s vital hardware systems within the inner itself, allowing for more streamlined production and easier implementation of specialized subsystems and armatures. 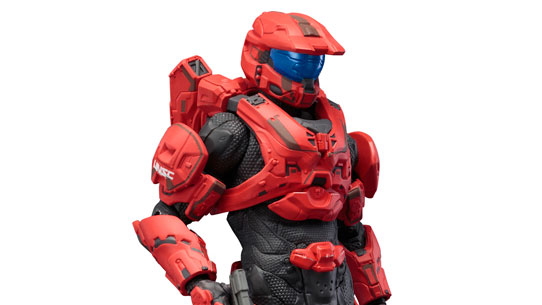 Never pick between red or blue again! This special double set comes with two base tech suits, red Mark VI armor, blue Mark V armor, two Magnums and two Energy Swords. Tech suits are compatible with other Halo ARTFX+ armor sets from Kotobukiya. Each statue features 10 points of articulation in the upper body, allowing you to pose and display your troops as you like! 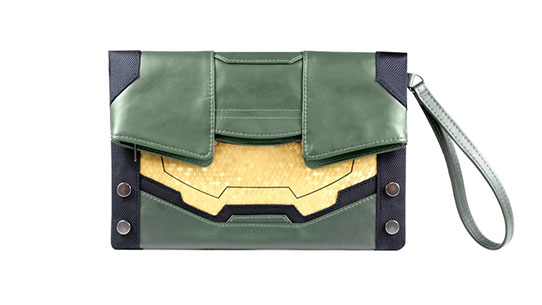 Inspired by the Master Chief's armor, this clutch is perfect for carrying your cards, makeup, and spare ammo.