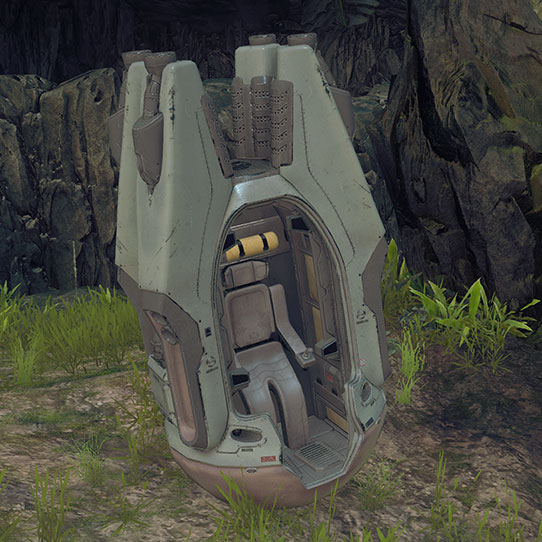 The Single-Occupant Exoatmospheric Insertion Vehicle (SOEIV), commonly referred to as a drop pod, is a class of Human Entry Vehicle (HEV). Drop Pods are an extraordinary means to deploy soldiers through an atmosphere and onto a world’s surface. Instead of using traditional dropships, ODSTs are released in individual pods, which gives a soldier more maneuverability and creates less of a target for the enemy. Despite the obvious danger inherent in SOEIV deployment, these drops actually have a lower overall attrition rate in combat than conventional dropship deployment. This is primarily due to the fact that each soldier is being conveyed separately instead of together in one craft.

Another major advantage to SOEIVs over traditional dropships is that a spacecraft can make a fast pass over a planet and deploy hundreds of soldiers in quick succession. This means that the ship is capable of evasive maneuvers, limiting its vulnerability to attack. Once a successful drop has been achieved, the hatch is expelled by way of an explosive gas-bolt system triggered by the occupant. While this sort of deployment has been refined over time, many drops can still end unsuccessfully due to equipment malfunction or user error.

Within a standard SOEIV is a crash seat with secured belts, controls for maneuvering the pod, and communications systems which allow synchronization with others during deployment. An SOEIV’s size can vary dramatically from pod to pod. An SOEIV pod is a blunt carriage, which has a single entry hatch on one side. Inside is a crash seat, a harness, and several weapons racks and lockers. Much of the interior is taken over by equipment so, in spite of the pod’s size, there is not much room to move. The blunt pod ironically resembles a large iron coffin and is one reason the vehicles have a number of rather grim nicknames. The back of the pod is entirely sealed off and the front typically, though not exclusively, includes a variety of windows and a gas-bolt–operated hatch system.

Drop pods are typically deployed from high altitude or from an exoatmospheric location, being fired or soft-ejected toward the planet's surface until the atmosphere is breached. At this point, the occupant is free-falling at terminal velocity until the pod's automated braking-chute system is initiated, thrusting the pod backward prior to landfall. The top-mounted braking chute system itself is an extended cable attached to four petal-like flaps which automatically activate at low altitude, reducing the pod’s momentum. The combined efforts of reverse thrusters and airfoils slow the craft enough to ensure that impact is not (usually) fatal.

In the years following the human-Covenant war, the UNSC partnered with experienced military contractors to make a number of improvements to the drop pod platform. Advancements and improvements include (but are not limited to) more reliable in-flight communications, more powerful maneuver thrusters and limited inertial compensation, a new air brake design, significantly improved structural integrity with the incorporation of new metal matrix composites, and thermal superconducting elements incorporated into the composite heatshield. The internal harness of all post-war drop pods is also highly configurable, with hookups and system interlinks compatible with the latest ODST battledress and Spartan Mjolnir variants. 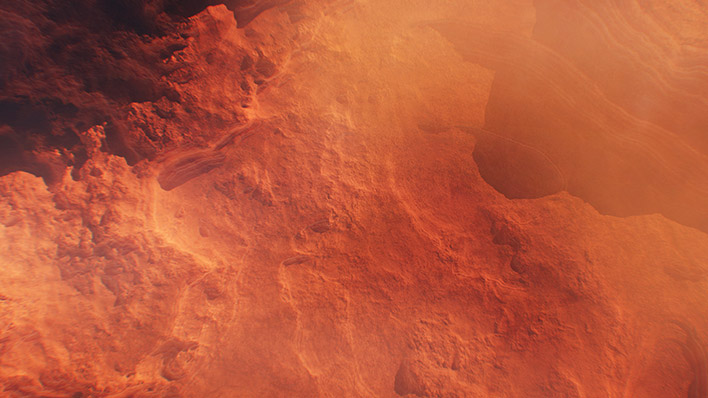 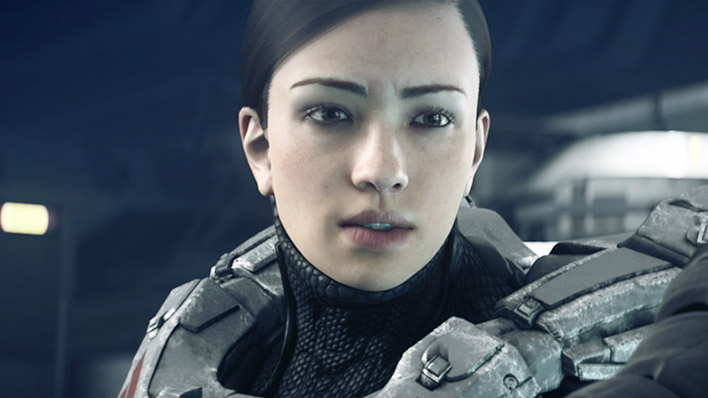 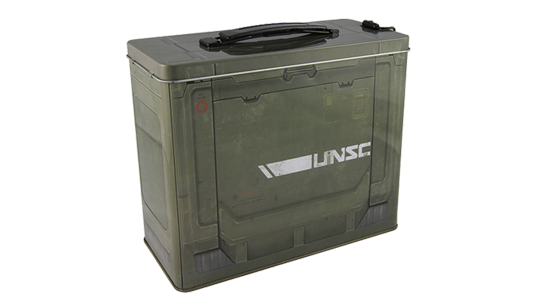 Safe-guard your cargo with this UNSC issue Lunch Box, modeled after the UNSC ammo containers in Halo 4. 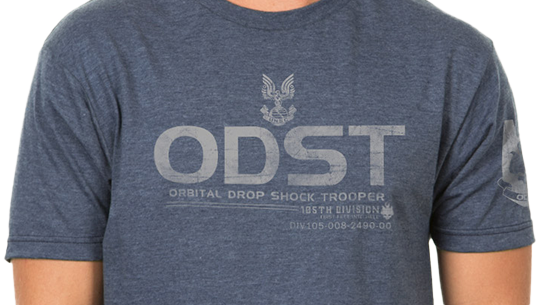