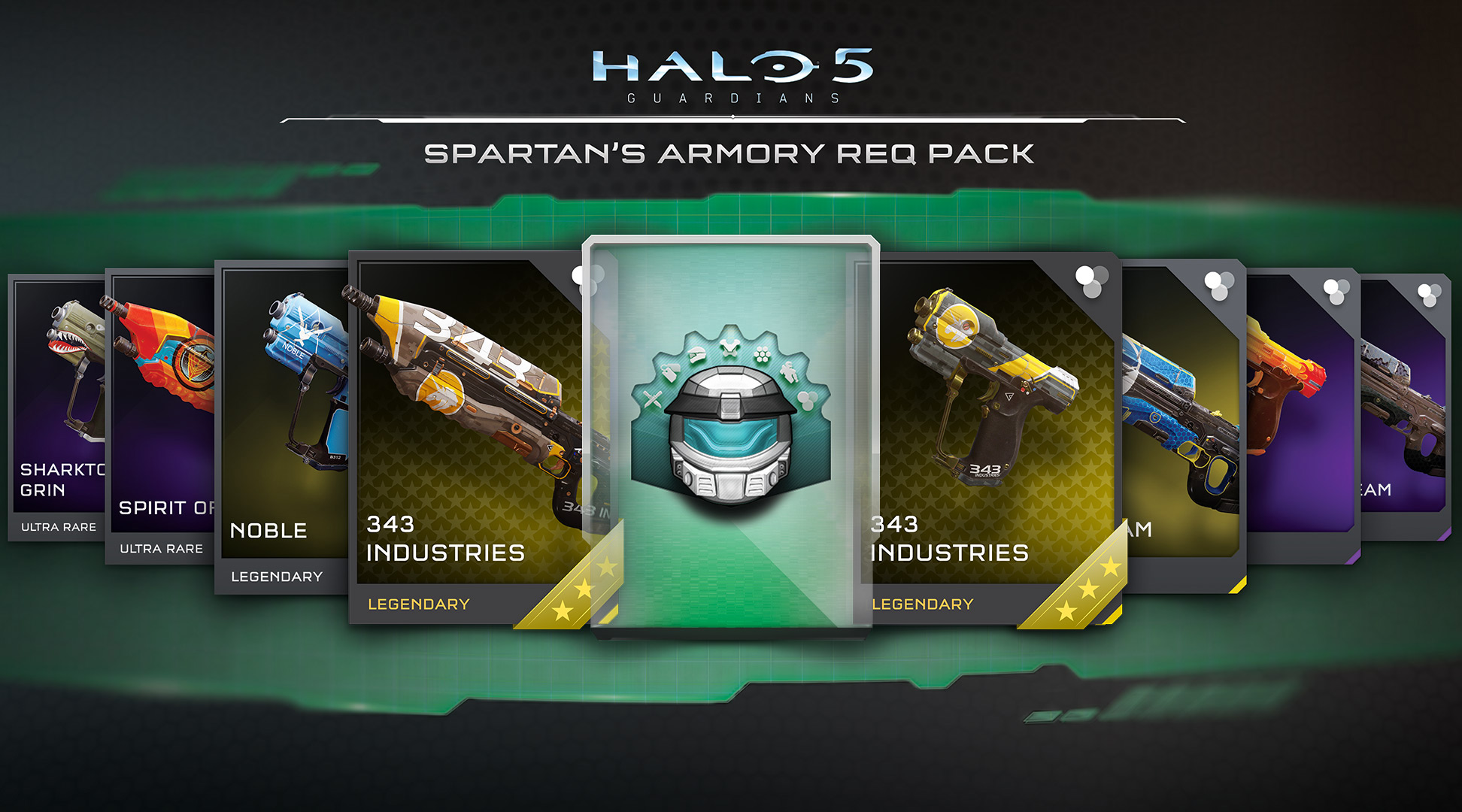 April 5 Update: The Spartan’s Armory REQ Pack gave REQs incorrectly to some players with 100% visuals. Players affected will be refunded for their purchase in the same currency used to obtain the pack.

We have identified that a small number of players who purchased the Spartan’s Armory REQ Pack before approximately 10:50AM PDT on March 17 may not have received all REQs intended to be included in this pack. We apologize for the inconvenience this may have caused. Players affected will be refunded the total cost of the pack in the same currency used at purchase, whether that is real dollars on the Xbox Live Marketplace or REQ Points in the REQ Store. Affected players may also keep all of the REQs received in the faulty pack.

Please visit account.microsoft.com to check the status of your real-dollar refunds or contact customer support.