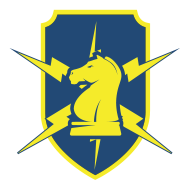 Spartans under my command we begin Operation Hail Mary. Three teams will form up and take down objectives. All personnel whose code names end with a number are assigned to Lt. BIGMAC7810's team who will be Farming Marines in warzone, and never forget to defend your cores. Second team is made up of personnel whose code names end with a letter, are with me, Capt. JonXarrian Kill an enemy Spartan with a ground vehicle. Third Team is Monster Team. They are roaming the countryside and taking out objectives when they can get on and creating some mayhem. We are the Impossible Missions team right?
Essential Specialized Weapons And Technologies Corporation (ESWATCorp) was created by the Office of Naval Intelligence SECTION 3. (ONI) This front company was assigned to gather information on resistance forces before the Covenant War. ESWAT corporate ships were used as clandestine jump-off points for ODST missions then later changed the assignments over to the Spartans. Most of the missions given by Section 3 were considered, absolutely suicide missions with no possible means of return. ESWATCorp had an unusually high rate of success and many of it's Spartans did survive due to Lieutenant Junior Grade (LT-JG) (code name: DishSoap 4743). His foresight and cunning devised a series of relay diversionary actions that created such chaos for the Covenant forces that these tactics were implemented fleet wide. Increasing survivability rate of these missions.
Implementation of new Achilles Armor MK-1 for ESWAT corporation was delivered on June 1, 2019. Commander John Xarrian would like to thank you all for your continued hard work for the team.