I started playing Halo on the OG Xbox, and played the first three games in release order, before really enjoying Halo Reach, and then going back and forth between 4, and ODST on my first playthrough of them. I didn't have an Xbox One until a few weeks after the launch of Halo 5, so I missed the MCC's launch, but enjoyed what the collection had to offer, despite a few bug and glitches.

In 2018, I built my first PC, and transitioned to playing there for a while, almost exclusively. Although I did occasionally jump back to all of my other platforms, such as Xbox 360, Xbox One, and all of my Nintendo stuff. But with my playtime primarily on PC, I was missing a lot of the halo I loved so much. I eventually scavenged for copies of Halo CE for PC, and Halo 2 Vista, and eventually found them, and got them up and running on my PC with a few modifications for performance, (and to get GFWL to run on windows 10) That was all the Halo I had for over a year. I was very excited when the announcement for the Master Chief collection to come to PC with the addition of Halo Reach, and now enjoy those games as they release!

I am not the biggest into multiplayer, although I do occasionally play multiplayer casually. In terms of multiplayer, I am a bigger fan of Co-op, and Custom games with friends than matchmaking. I probably play campaign the most, and have currently completed Halo Reach on Legendary once, and Combat Evolved on Legendary several times, and I recently finished completing the Infamous Halo 2 Legendary (which I've completed levels on Legendary Here and there, but never the entire thing, start to finish until now), and I also finished Halo 3 on legendary not long after, (which was a total cake walk by comparison, haha). I was also a big fan of firefight, (Especially Halo Reach Firefight) and I like the Halo Lore, although I haven't dived nearly as deep into it as many other people have. 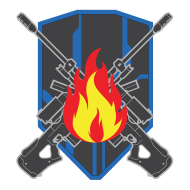 A fire is fuleled with a goal.

We Are strong
We Are Coordinated
We Are Fast
We Are Committed
We Get Our Job Done, At all Costs.