1st and current President of Lotus 'Xin Mercenaries (LXM) since 2013, and Marshal of LXM Liberation Army from 2015 - 2017. Having began my leadership career in January 2009 under REG, I progressed through the ranks and eventually became its leader, serving as such from April 2009 - November 2010, at which time I left the clan. In November 2011, I formed a clan called Death Watch (different from the modern day DW you may be thinking about), and engaged in a war with Mando Clan, with the end result inconclusive. In December 2012, I formed CC, which grew to be on of my largest clans. Following internal dispute I left the clan in September 2013, although my formal resignation would not occur until February 2014. On September 19th, 2013, I formed LXM Clan. I see LXM as a fresh start, and have prioritized our growth and activity. We are accepting to skilled and unskilled, new and old, all can join our ranks if they have the will to serve our cause. 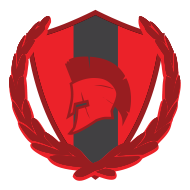 United as one, divided by none

**The only requirement to join us is to join our discord server here: discord.gg/fJdkFTj, and to submit an application form on our website, www.lxmhalo.com.

About LXM Liberation Army: the Liberation Army is part of the larger Lotus 'Xin Mercenaries (LXM), founded and led by LXM Volo since 2013. LXM LA, originally named 'LXM Gaming', was founded on December 14th, 2015. LXM LA is the main military unit of LXM, and combines both casually oriented and military oriented players. Anyone can join us, but joining our discord server is a requirement.

Find Clans That Are Actively Recruiting