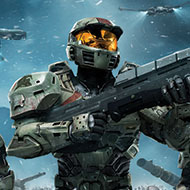 PERFORMANCE: Ace is skilled in urban warfare from his three year experience of living on the streets of New Alexandria after being kicked out by his father at the age of 17. After being homeless for 3 years Ace Joined the UNSC Army and rose to the rank of Corporal in 2 years and Sergeant 3 years after that for his leadership skills, marksmanship, stealth, and agility.

In July 2544, Ace was approached about joining the spartan III program. Ace joined Gamma Company in August 2544 as a Petty Officer Second Class and was given the tag Gamma 115 or "Ace 115", was promoted to Chief Petty Officer by 2557, and mostly went on special operations missions.

Ace's specialization in CQB/CQC comes from his affinity for the M6G Magnum, M7S SMG, and the M45 Tactical Shotgun. While he was known for his skill in close quarters he also tended to carry an M392 Designated Marksman Rifle or an MA5K Carbine for flexability. When the M395 DMR came out he Continued using the M392 DMR. 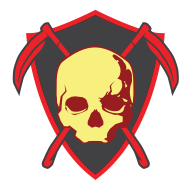 This post has been edited by a moderator. Please refrain from making non-constructive posts.