Got into console FPS' way back on Goldeneye, a game I have fond memories of and received as a present from my bro. MP with friends, there was nothing like it; the satisfaction of winning and being the best in the group. Years go by and I ended up with a PS. Only truly offering SP experiences, I craved that MP action. Maybe a little bias back then I don't know or just didn't care but the Xbox was released under my radar. I remember seeing Halo on a promo stand in one of our local GAME stores, you could play a demo of The Silent Cartographer. My friends & I were mesmerized by the graphics (amazing at the time), the attention to detail like the ammo counter on the AR (again, incredible at the time), the ability to jump in a warthog and have AI as passenger & gunner. It was incredible.

My brother invited me over and they were playing Halo on split screen. A couple of hours later I was sold. I knew I had to have an Xbox and Halo. I didn't care if it was the only game I had, I just had to own it.

Then I got into LAN parties, again nothing but good times and great memories. This went on for years and friends in college also loved Halo who also got into LAN's, sometimes up to 16 people in one house! Quickly gained a rep in our group as to have on your team or to avoid if on the enemy team. Halo 2 came & with it the introduction of XBL. Unfortunately it also introduced lag, latency, awful trash talk (you know the kind, not the offensive but the embarrassingly bad smack talk you start feeling sorry for the guy dishing it out) and a huge competitive environment.

360 arrives and Halo 3 didn't release for a while. In it's place returned one of Rare's titles, a prequel to PD in PDZ... at the time it was OK, viewed by some as a total failure, others bad, then those who enjoyed it. Along came Gears of War. Graphically the best there was on console and the gameplay was ace. I found it ridiculously easy to pick up and not to brag but my eSports team established themselves in EU as one of the best. Taking a massive win streak in online competitions, skrims and tournaments on LAN. Unfortunately we were undone by our 4th member and it basically started the collapse of the team, ultimately ruining everything we had built for years across multiple games. We never recovered and at the time I was so caught up in University I couldn't commit much time (obviously) and called it a day.

Whilst I played Halo 3 and Reach casually, I felt like I took a massive side step, keeping Halo at arms distance. The experiences I've had have been amazing, from the high's and lows. It's too late for me competitively at the highest of levels (to which console eSports was really in it's infancy for "my day" and has only really started to bloom now with all the flashy gear you can get your hands on, all the media attention etc) but I enjoy my gaming.

Halo 4, whilst I loved what it offered, some aspects were still missing with things that didn't suit it either. Now we have Halo 5 and it's a return to form. Aside from the horrible fact we don't have regional dedicated servers (*update, still botched, *sigh* oh well) we do have a great game. It makes me wonder "what if", what if I had taken the Halo route competitively? Where would I be? What experiences would I have had? Who would have been my team? How far would I have made it? One of my friends & ex team mates I saw go from being poor to an accomplished Halo player because he put the time in. He's now a commentator on HCS!

Anyway, after picking up friends on various games, getting fed up with "lone wolfing", I'm glad to be surrounded by those I can call friends and hope to find more, to call fellow Spartans and squad up for Halo!! 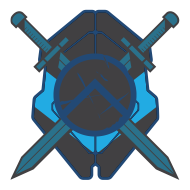 Death walks among you...

As with respect, the Achilles set is earned, NOT given.


We are the Alpha & the Omega. The end is nigh!
Apocalypse Gaming is coming...

>>> You can find our Discord server to Apocalypse Gaming here! <<<

*As companies unlock Achilles, we provide a platform after the hard work is done. It need not end there. Catering to anyone & everyone, from casual to competitive, whatever your game, campaign, coop or multiplayer - squad build & network in a fast growing community as we offer a wide variety of games to team up on. Whether you're on Xbox One, PS4, PC or Nintendo you have a home here.

Please note: AG tags are NOT mandatory, they are personal choice for those who feel invested & dedicated to what we're building. No doubt you'll feel part of the team either way!

Applicants and recruits of the 21st please take note of the following:

Join our fast growing gaming community and be part of the team! HA-OOH!!

LISTEN UP! To attain Achilles you must be with a Spartan Company when they EARN it, when the unlock is rewarded. Please stop asking "where's my Achilles?".

Have some dignity & honour, put in the effort to earn the reward instead of looking to mooch & piggy back. As stated above, you will NOT earn Achilles if you join us now since we have already attained the full set. We won't be disbanding as we are a community, providing a service & platform for those who want to team up with Halo players. We also cater for a wide variety of other games so everyone is welcome to join us, you need only ask.

Alright, so aside from the game being pretty much dead during the morning in the UK, we can normally find games about 2-3pm on Focused maybe, then get's better in the evening before going dead again around midnight.