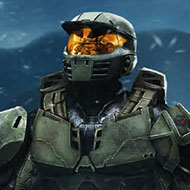 I'm Arby. Been playing halo since Halo 3. I'm level 151, highest rank is onyx in FFA, I sweat in infection,200+ Killionaires(April 2017), 50+ cures, I have the 3rd most time played in infection, Use to have the record of fastest round as a alpha zombie with 28 seconds. One of the 6 people the reach 1000 infections wins(May 2016), also been playing infection for many years. I also do play warzone and warlords, 8 unfrigs. Love answers and banshees. warzone KD is 3.7. Hoping to reach inheritor.Was one of the first 130 people to hit 151(March 2017)

Which sniper is better?

sniper is very very easy to use out of those 3 and it's on more maps than the others, so it's easier to get use to