Name: Jason "Black" Halsey
Service #: B-025
Unit: SPECWAR/SPARTAN-III/Team Shadow
Primary Military Specialization: [Classified]
Enlistment Date: [Classified]
Location: [Classified]
Gender: Male
Birthplace: New Alexandria, Reach
Birth Date: May 12, 2532
Performance: [Classified]
Comments:
Black B-025 is the son of Dr. Cathrine Elizabeth Halsey and was born in New Alexandria on Reach May 12, 2532 and is the younger brother from Lieutenant Commander Miranda Keyes. His father is unknown. With age of 6 he was recruted for the Beta Company of the Spartan III program. Due to the fact that he always wore black coth an armors, he was always called Black, which became his new nickname
Black became a very skilled soldier and is specialized in assault, heavy, midrange and longrange weapons and even became a skilled Falcon, Sabre and Pelican pilot. He lost his right arm at the Human-Covenant battle on Earth, which has since been replaced by a robotic prosthetic.
He is a lone wolf and prefers to work allone but is also able to work in a team. Black has a personal A.I. called Seras who has strong feeling for him.
He also carved a skull onto the blue visor of his EVA helmet [c].

Spartan's choice of equipment:
Some of your Spartans previous engagements:
Current Operation: [Classified]
Notable Relations:
AI Name: Seras
Date Created: Februar 24, 2557
AI Type: Generated from cloned brain of his wife
Hologram Color: depending on her mood her color change but is often purple
Predetermined Rampancy Failsafe Duration: 12 Years
Behavior: Cooperates with Spartan Jason "Black" Halsey B-025. She is unique under the AI's and has on of the longest predetermined rampancy failsafe duration ever seen. She often has upperback-length hair, usually kept in a ponytail, with short bangs that part at the middle and shoulder-length locks framing the sides of her face, just like B-025's wife and sky blue eyes. She also has most, if not all, of the girlfriends personality: very competitive, sarcastic, battle hardened, battle hungry, loud, psychotically humored, rude, easily-bored, and extremely ill-tempered. Seras has curiously very strong feelings for him and gets jealous when B-025 works together with another A.I.'s or some female soldiers. 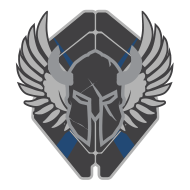 Note to Potential Recruits:
I, Saesee Tiin, barely check this website anymore. If you're interested in joining, you'll have to contact me by sending a message on Xbox. Don't worry, my account here is linked to my Xbox account, so I'll see it for sure.
(P.S: Please make sure you are not currently in a Spartan Company when requesting to join.)

Whenever I get to it blurb.
My plasma pistol is bigger than yours.

About us.
We are the creators and editors of the roleplay 'The Survivors' on Halo Waypoint. We play Halo quite often and would welcome more people for our BTB, Warzone, and custom game nights. We are extremely lax with protocol and such, but you will be required to call our leader Commander Herpenderp. As of now, we've mostly parted ways, but Lieutenant Dodger and I still play regularly so there's plenty of action to get in on.

Gamedays are on Fridays and Saturdays.
Check the Gameday forum for details on the when and where, or message Saesee Tiin.

Current and New Members
You are required to be active. How you are active is up to you. Some suggestions are joining and talking in parties, participating in the forums or gamedays, etc. If you randomly go offline due to an injury or sickness or personal problems, that is alright. So long as you tell a lieutenant.

Is Dr. Halsey a War Criminal?