I'm just in it for the fun of it. Mostly the only real Arena gametype I play is SWAT....don't have to worry about teams hoarding power weapons to win a match. Other than that, I do Warzone and Warzone Firefight.

On a side note, slowly racking up the Solo Legendary completions for the Halo series. Added Halo Wars to the list recently so that makes 6 of 9 for the console games. All that is left is Halo CE, Halo 2, and Halo Wars 2. Edited: Got Halo Wars 2 a few days ago and just beat it this morning on Normal. Still need to beat it on Legendary. At this point I own and have beaten all the Halo games.

I have 1 of three goals to obtain when dealing with stubborn a-holes. Either 1, they agree with me. 2, they completely loose it and make a fool of themselves. Or 3, they stop replying to me all together. Either way...I win in a game I can't lose. 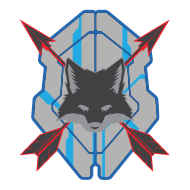 The Stregnth of the Pack

I've formed The Pack of the Armored Wolf as a group for players who want to jump into a Spartan Company to have a good time with no strings attached. Throughout my time playing Halo and being in various clans/squads/communities/groups...I've noticed one thing: the majority of them pretty much demand that you meet certain needs in order to join or even stay in the company.

"You must wear your armor a certain way." "You must have what emblem we tell you." "You must edit and format your player profile like this." "You must meet a weekly/biweekly recruitment quota." "Failure to meet any of these can result in being reprimanded via demotion/rank or removal from the group." These are just a few more common "requirements" I have seen for various Companies. Well The Pack isn't like that.

Games are made to be played for fun, and a Company should be a group of people who promote that. With the Pack of the Armored Wolf, there are no requirements a player needs to have met in order to join. You can have whatever armor/emblem you want. You don't have to play a certain number of matches a week or be online/playing for "X" amount of time every day. You aren't even going to be forced to try and get others to join. The Pack is a Company where players can come and find other players to match up with and have a good time, no strings attached.

Though like any Company, there will be a few rules/guidelines that The Pack adheres to to make things enjoyable for those who join. And they are as followed:

1.) Be an adult. (18+) Now, before someone gets mad about an age limit, here is why. We have all played a lot of games in the past and there is always some child/kid who thinks they are big and bad, swear like sailors, complain or whine when things don't go their way, and generally make the game less enjoyable for more mature players.

2.) Be respectful to others, be it fellow Company members or fellow opponents. No one likes an a-hole who thinks they are the best and belittle anyone they deem inferior to them. So, someone isn't as good at the game as you. So, someone isn't as high as rank as you. So what. No one cares. Most people just want to enjoy a game and have a good time, not be heckled or harassed by pains in the neck who think they are the better player.

3.) Keep it sporting. This kind of ties in with #2 as well. Play fair. Not everyone knows little hacks or glitches that gives you an edge in the game. And let's be honest, using hacks/glitches to win isn't fun for anyone anyway. So keep it fair and keep it fun. And with a tie in with being respectful, don't be a pain for no reason. A little competitive trash talking can be fun, but being a jerk for the sake of it is wrong. So don't send someone hateful messages because they weren't as good at you in a match. Let the scoreboard do the talking. And lastly, no tea-bagging. Like for real. Let's keep our hands on our guns and off of our crotches.

4.) Have fun. Because in the end, it's just a game. Some people use video games as a means of unwinding from a long day, or to get away from the real world. The Pack of the Armored Wolf is a Spartan Company were mature players can get together have fun and not have to deal being heckled/harassed but idiots or deal with immature players.

And that's really about it. Just be respectful and have fun. The Pack has a "3 Strike" system. Anyone who joins will start off with a clean slate. Going against The Pack's Code of Conduct will result in gaining a strike. Gaining 3 strikes will result in you being set up for removal from the Company. If you don't want to play fair, keep it sporting, or be respectful of your fellow players, then The Pack doesn't want to deal with you. We are here to play a game and have fun doing so. If you want to ruin that for us, then we aren't going to acknowledge you.

And that's it. if you are looking for a Company of mature players who want to just party up and have a good time, feel free to message me and run with The Pack.

Pin for challenge not working

I am not certain, because I have noticed this too, but I think it is that it isn't suppose to pin it to your screen during gameplay. I think it pins it to your menu screen so you know what challenge you are wanting to work on and therefore know w...