I'm a 32 year old male from Australia.
I'm a dedicated FPS gamer, and I've been addicted to Halo since the first time I played Halo CE, enough so that after playing the first two levels at a friends house, the money I was saving for a PS2 became money for an Xbox instead.
I first got an Internet connection at home shortly before the release of Halo3, and have been addicted to online multiplayer ever since. Over the years I've also played online multiplayer on several installments of COD on 360, and Titanfall and Destiny on Xbone, but Halo has always been my real home.

I play every chance I get while also juggling work, sleep, and my fiancé, and although I enjoy playing alone, there's nothing better than teaming up with some friends and sharing the experience.
Although I'm a laid back player, and the reason I play is for enjoyment, I'm a competitive player, and I play to win.
I'm supportive of my teammates, and I never judge or blame others, we win or lose as a team. The only performance I'm judgmental of is my own. 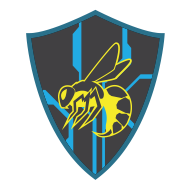 I just assumed this was a trick question...
I personally never really found Warzone to be fun.
I imagine it was created like this-

“Hey, we should expand the max number of players in a single match, like BTB, but even bigger!!”