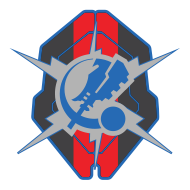 We power the Infinite

Proud home of:
Cak3baker; Number 1 ranked player in the world on H5 according to HaloTracker.com
Fire god ca; Player with the most kills in H5 (10,000,000+), using Steezy logic, that makes him at least 10x better than the "No.1" H5 player.
Fiery Motive; Ball-Handler-in-Chief (Most Grifball Goals on H5)

Balls, Hammers, and Swords: The Fates of Human Societies

Since the dawn of mankind the relationship between Grifball and Human has been observed; a relationship which taught our hunter-gatherer ancestors how to farm and ultimately gave rise to the modern civilizations we are accustomed to today. The very first remnant of Grifball was discovered during the Flintstonian era when a primitive form of the Gravity Hammer was invented and used as a mating tool. The male with the biggest Hammer was always assured the pleasure of dragging the opposite gender by the hair. Early forms of the Energy Sword gave way to the rise of agriculture as people were now able to easily and efficiently harvest grain.

Around 7500 years ago, now with gratified libidos and stomachs, mankind sought to find useless fads to fill up the time they would've spent hunting and gathering. The very first of these fads (and most useless until the fidget spinner craze of 2017) was that of polishing dull old rocks into shiny round balls. These balls were so sought after that chiefdoms began to form as people made pacts to protect these balls. For the first time in history people had to learn to work and live together as a group without killing each other. It would quickly appear that this wasn't a fad at all but the begging of something far bigger. Through the coming millennia these chiefdoms would grow far more sophisticated and they would begin to compete with other chiefdoms over their balls. With the discovery of gunpowder, advancements would be made to these balls and the modern Grif Ball would take shape, and with it, the modern Grifballer.

One of the earliest widely recognized Grifballers was Joan of Arc. Born a ball carrier she proved she could swing a hammer with the best them. Joan, however, let her hammer skills go to her head and soon claimed she was anointed by God as the greatest Grifballer to ever exist. After losing a few too many battles she was deemed a heretic and burned at the stake. Irregardless of her fate, her hammer skills set a bar that many after her would try to improve upon. The biggest of these advancements in hammer techniques would occur during WWII as the Germans perfected upon what is now known as Tanking. This drastically changed the way the game was played as those with hammer skills were now given more importance over the ball carriers who were now relegated to second class.

It was not until the 1980's that the role of Ball Carrier would see a revival in star power and it would come about by an up and coming Ball Carrier known as Michael Jackson. Jackson was very gifted in movement and rhythm and could easily outmaneuver the best tanks. Jackson's reputation would take a hit later on as allegations were made that he would consistently invade the space of underdeveloped players. However, these allegations were proven to be ignorant. Jackson's moves would serve as a blueprint for future aspiring Ball Carriers and would radically alter the way the game was played not seen since WWII.

Other advancements to the game of Grifball came in the way of special abilities such as sliding and ground pounding. They were first invented in a tiny town called Salem during the 1600's and soon swept the entire region as they quickly caught on. However, they also caught the attention of the Puritans who deemed these special abilities to be the work of witchcraft and began a campaign to rid the town of all the users of these special abilities. The Puritans would successfully suppress the knowledge of these abilities for nearly 400 years until the world became more open minded.

Every time I load up a Campaign Mission on MCC PC ever since yesterday, the game will just come up with a Fatal Error, I've verified integrity of game files, I even did the "-windowed" command in the launch options and even then it does...