Click for a Brief history of my Halo Career... 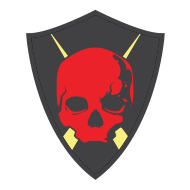 The Roughest, Toughest, Drunkest Halo players out there. Originally a Clan of Halo 2 misfits aptly named Wasted Potential with the original grizzled old school gamers like bladingfreak, Halo2freako, ThrowYourAnchor, DreadThis, HECKELS & CHX H8 ME. It wasn't long that they decided to change their Clan name and become MLD. Their ability to work together well progressed quickly and their skills were tested in the Busch League circuit. After years of playing together they become Pro's in their own eyes after a 37-0 weekend Reach bender in Greenwood, MO. The clan has over came many adversaries with the majority of the group staying true to their Bungie loyalty and advancing their Guardian with Shimmery Mots of Light & Glimmer. However, the true OG Spartans T0rM3nTeD & CHX H8 ME never strayed from their roots and stayed loyal to the Halo Universe's *flawless multiplayer experience when MCC dropped this time last year. The MLD members after a year of disbanded confusion & lack of playing together will once again come together to rule the online Xbone universe when the Halo 5 goodness drops. Long Live MLD, and may the force be with Andy Triple Kill Drink.
*That MCC launch was anything but flawless. It's sad because what the game has become with its last update is what it should've been out of the gate.

Whos bright idea was it to remove team doubles?

You couldn't be more wrong. Look at Reach's population. That game has All the playlist and multiplayer games, and it maintains a High Population due to giving the players what they want.