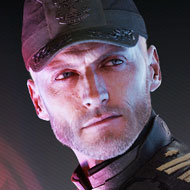 Let the world hate you so long as they fear you! 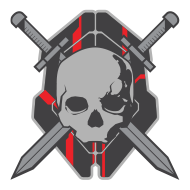 Skulls will walk over the weak

We make the weak strong and embarrass the strong from the weak. "What this means is that even if you are unskilled player you will grow stronger and better than those who you think are stronger and better players than you. We are a competitive clan, a military based clan. We fight to the end

Here are our core values:

We will be the best. We can be as a team
We want to work our way to the top of all clans
We will make our members stronger, smarter and better

Join us -- The Skulls Of Hatred -- We will train you

This clan was not made for nothing. I hope you’re ready to walk over all clans. We work for no one
Leader: FadedDarkNinja
Spoiler:
Show
Spoiler: Remember, respect is mutual. Make sure to listen to us and we will listen to you.
To join my clan, read the rules first

1. Don’t waste our time if you don’t want to join. People that have reach or pass the ranked level of gold in arena are able to join my clan.
2. If you are offline for 2 weeks without advising me you will be removed from the clan.
3. Betraying each other in or out of the game in a non-solicited way will mean you are kicked, especially for a weapon or power-up.
4. If you constantly disrupt or annoy other members a Vote will be cast between members to determine whether or not you will be removed.
5. You aren’t allowed to kill eachother unless I say so. If you kill other members at HQ more than 5 times you will be suspended from HQ depending on how long you deserve it.
6. If you kill me on purpose. I will kick you out.
7. If you wish to join you have to talk to either myself (FadedDarkNinja) or another Co-Leader.
8. You can change your emblem and armor color when you are not playing with the clan or other members. But when you are with us we require you to be in proper uniform. If I have to ask you mutiple times to fix your armor color and emblem I will suspend you and if it keeps happening you will be kicked.
9. The trainer will be better then me. If he or she has any problems. Don't be surprise what you get. Follow and do what he/she says so you can become stronger.
10. 13 or older will be able to join.
11. We have clan game nights every Saturday and Sunday.
Spoiler:
Show
At game night I want as much members online to join the game. We do a few training things and then some fun stuff. It will last for 4 hours. It will always start at one 4PM Texas timeline (UTC-06:00).
This is a military clan.
This is the emblem's and uniform required.

You can wear any armor and service tag that you would like.


Emblem and Emblem Color.
The emblem will be a Flaming Skull.
Emblem color:
Primary is Pepper, secondary is Steel and tertiary is Steel.
Spoiler:
Show
If you do not have the emblem. You will not be able to rank up. You will use (Jolly Roger on the common section) until you get it, then you will be able to rank up
The secondary part on ur emblem will be changed when you rank up.
Steel: Private
Gunmetal: Private 2
Silver: Private 1st Class
Salt: Specialist
Next emblem is Listener on Rare section to resume ranking up.
Steel: Corporal
Gunmetal: Sergeant
Silver: Staff Sergeant
Salt: Sergeant 1st Class
Next emblem will be 3 eyes on the rare section.
Steel: Master Sergeant
Gunmetal: Sergeant Major
Silver: Command Sergeant Major
Salt: Officer
Next Emblem will be Marauder in the rare section.
Steel: Lieutenant
Gunmetal: Captain
Silver: Major
Salt: Colonel
That'll be the last of ranks.
Spoiler:
Show
If you do not have the emblem to rank up you will stay on the rank until you get it. Good luck.

There are only 3 Co-Leaders
Becoming one take loyalty, trust and honor.
Their job is to inform me or take over when I'm out. If they inform bad things. Pray you won't be kicked out. They can wear the emblem Emile. Treat them with respect and they will do the same.

Terminus FF is Good but How About Normal FF?

I agree in every halo game they have ruined firefight, alot of us want to test our skills and you can't do that with direct air attacking a life based object that's kind of hard to defend when your units are far away defending key locations. ...