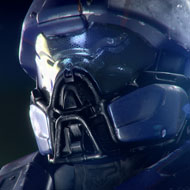 Hey sup everyone, on Xbox Live I'm known as D, short for DMaster or Dylan. So if you chat or play some games with me you can just call me that. So here's a little info about myself.

I've lived most of my life in New York but have lived in Florida, and North Carolina. I don't think I could see myself living anywhere else but New York, mostly because I love being able to have all the different seasons especially the snow.

Some of the things I like to do are, of course mostly play games on Xbox Live but I do also play the guitar and drums. I'm also on my Mac allot listing to music and managing and developing the TMFD Clan site and my own personal web site. Web development is something I love doing allot and hope to be able to do for a side job, but my biggest career dream would be to be able to get a job working for Apple inc. in California.

I spend most of my time playing on Xbox Live Playing the Call of Duty games but I also love playing racing games such as the Need for Speed series. I own many consoles such as an Atari, Nintendo 64, Nintendo Gamecube, Playstation 3, and two Xbox 360's. Plus I own over 150 games combined. Some of the games I am currently playing are Call of Duty: Black Ops, the New Need for Speed Hot Pursuit, Test Drive Unlimited 2, and The Sims 3.

I am a very open and honest person, but am someone you can also have a very good time with. Being one of the leaders of the Clan I of course am a pretty skilled gamer overall but am mostly skilled in FPS type shooters. I personally consider myself the main supporter of the clan because I do run the web site and all of the social sites, and Rep TMFD in every way I can.

So just one more thing to say is after reading this I hope you understand just a little more about me and hope it makes you want to join an awesome clan that has great leaders and can have fun hangin and playin with.

Favorite Quote: NEVER forget what you are. The rest of the WORLD will not, wear it as ARMOR and it can never be used to HURT you. - Tyrion Lannister 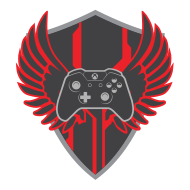 We are "The Mighty Fightin Disciples" Gaming Clan. We are a Positive Gaming Clan that is not like any other clan out there, we're not just your normal clan that have "Clan Competitive Matches" all the time and plays one type of game. We are the type of clan that plays almost any kind of game and game type, most members are skilled in almost any type of game you want to play. And are members are all 18 or older, mature people that you can actually enjoy playing with.

If you are inrested in joining our "Halo Spartan Company" you'll need to sign up to our clan first on our web site at: TMFDClan.com

Clan Motto: "We aim to shoot down the enemy through the Wrath of Christ, while pushing towards victory in the hard times of battle"