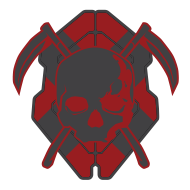 Never give up, play hard, Win.

An Army of the Undead and for those suitable taking on multiple enemy Spartans.

DZA welcomes all newcomers and old players of Halo, we mainly play on Halo 4 and Halo 5 so if your interested, send me a text or find me in a game on Xbox. ^-^ :P

History: DZA originally came from a game called The Last Stand: Dead Zone. (Yes thats where i got the idea for the name lol) It all started when i wanted to make something of my own, like a legacy sorta thing. So i made an Alliance called the Dead Zone Army [DZA]. I had ideas of how I wanted DZA to grow, hoping it would maybe bring hope to new players or people looking for a career, just something to take their minds off things while they're in a world of imagination with endless opportunities and ideas then take those out into the real world and share those ideas with others so you can make a difference in society. I've had alot of members come and go since i was offline so much because of family troubles and other self related incidents. About 4 years ago, I spread my love and hope for this Clan to the Xbox One and the Xbox 360, hoping to expand and exceed my dream of being the leader of a larger gaming community and having others reach their dreams of being professional gamers or hell, maybe even reach a career that's non-gaming related. I wonder if I could ever succeed in life... Maybe this is it... A gaming community to raise money for Charity, Cancer, and even ourselves lol. Just to give and help others in their time of need. My top goal for this Spartan Company is to be the Best and most recommended :) Like others that are out there. So give DZA a chance in making the future a better one. :) :D ♡♡♡

My 2nd gaming profile is FollowingChain8.

"Lets all stick together and make the gaming world ours!!!"
- DZA Lieutenant Followingchain8

DZA theme song https://www.youtube.com/watch?v=GZcV_g0MLzI. Thanks to theonlydeeralive for allowing us to use this :D

Found a new song you guys may like :) https://soundcloud.com/unbreakablekid/halo-the-trials-of-a-demon