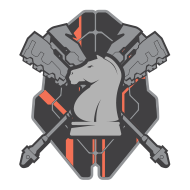 Fist Of The Unicorns

We are the FOTUS. FOTUS stands for "Fist of the Unicorns". Our group was founded on May 26th, 1998 from the original Unreal game. Previously known as "Triple X" we made our name in the online community with many victories and the constant respect we have given. We currently have over 46,000 subscribers on our YouTube, 30,000 on our Twitter, and lastly on our Facebook with 25,000 members in our group! We have been here for years, and we won't be going anywhere anytime soon. Respect for all is our goal.

What we stand for:

We stand committed to Excellence and fun, Integrity of Character and respect for the heritage received from the FOTUS who have carried the sword and shield before us.

Sacha Shibinov:1989-2005 (SUTOF) Sacha was the other founder to the FOTUS (Triple X). You will see on many games that I include a memorial spot for him where I can. He was probably the nicest person I knew. I still hold him in my heart and will run this community for years to come!

Here are the links to my music and other FOTUS links!

Music Links and other sites I am on:

Some of those like look out for the little guy and the LASO I had help with. Maybe get a friend to help? The on foot one wasn’t too bad. Keep up the great work!